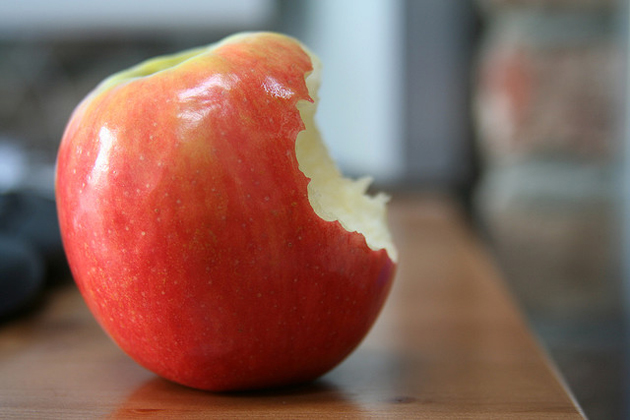 Shares of Apple (NasdaqGS: AAPL) are up a modest by the stock’s standards 0.6% today, pushing the iPhone maker’s market capitalization to a lofty $732 billion and some change.

As has been well-documented, Apple’s ascent to becoming the first company with a market value of $700 billion and its targeting of the unheard of $1 trillion stratosphere is benefiting plenty of exchange traded funds. One of those ETFs is the Fidelity MSCI Information Technology Index ETF (NYSEArca: FTEC).

FTEC is one of the newer kids on the sector ETF block, having debuted in October 2013 as part of Fidelity’s 10-ETF sector suite. That group has since grown by one with the recent addition of theFidelity MSCI Real Estate Index ETF (NYSEArca: FREL).

Fidelity has navigated the ultra-competitive sector ETF landscape with success. In June 2014, Fidelity’s original 10 sector ETFs had a combined $1 billion in assets under management, a number that has since more than doubled to $2.2 billion.

FTEC has been a primary driver of Fidelity’s sector ETF growth. At the end of January, the ETF had $352.6 million in assets under management, good for the second-best total among Fidelity sector ETFs behind the Fidelity MSCI Health Care Index ETF (NYSEArca: FHLC).

In an environment where Apple has more than restored its juggernaut status, FTEC earns its place in the Apple ETF conversation with a weight of 17.1% to the iPad maker. That is more than double FTEC’s weight to Microsoft (NasdaqGS: MSFT), its second-largest holding.

FTEC’s Apple weight of 17.1% also exceeds the weight to that stock found in one of the fund’s primary rivals, the Vanguard Information Technology ETF (NYSEArca: VGT).Unlike rival ETF issuers, Vanguard does not update its funds’ holdings on a daily basis, opting to do so once a month. VGT’s latest holdings update, from Dec. 31, 2014, showsan Apple weight of 15.3%. With the stock’s 14.5% gain this year, VGT’s Apple exposure is now likely well over 16%.

FTEC and VGT compete for the affections of cost-conscious investors as both charge just 0.12% per year, making the pair the least expensive tech sector ETFs on the market. Each has returned 2.1% year-to-date.

Like its rivals, FTEC is a cap-weighted ETF, meaning as Apple’s market value rises, the stock’s presence in FTEC grows. Since the start of December, FTEC’s Apple weight has increased by 140 basis points.

“FTEC offers more exposure to semiconductors and data processing & outsourced services companies and no exposure to integrated telecom services stocks,” according to S&P Capital IQ, which rates the ETF overweight.

You’ll want to click “more” for the full article. For those with short attention spans, Kessler concluded with: “One thing I’ve learned from my bruising time on Wall Street is to never get in the way of a freight train. Stocks with momentum keep momentum as mutual funds and index funds load up. They never seem expensive—until at some point the fundamentals subtly shift for the worse. Momentum works in both directions. Pull up the charts for General Motors, Xerox or Kodak on your iPhone.” END_OF_DOCUMENT_TOKEN_TO_BE_REPLACED