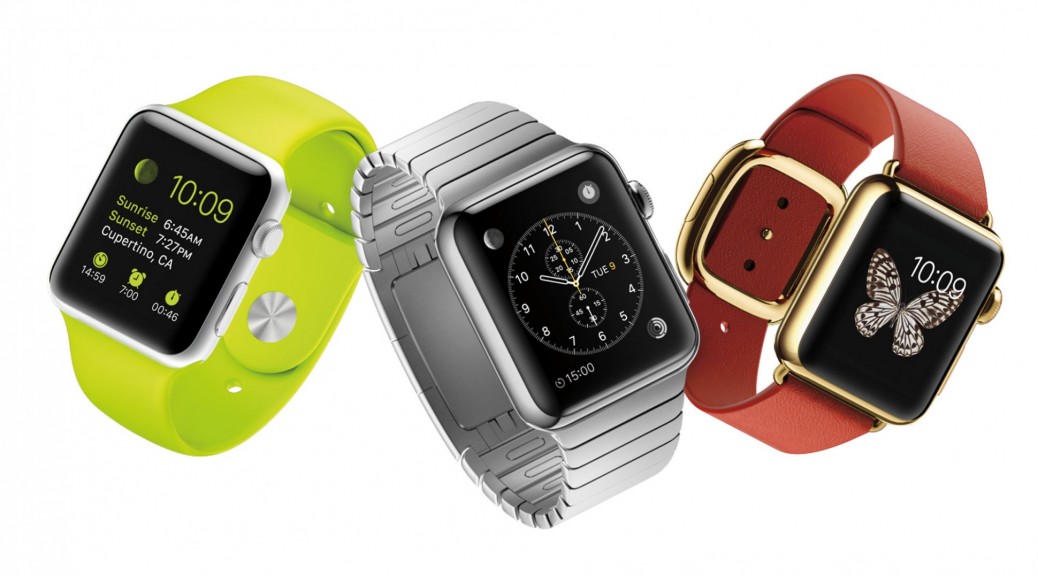 What time is it? Time for you to a buy a watch, an Apple Watch that is. After the announcement of the Apple Watch this past Fall, consumers have been waiting to get their hands on this product. Understandably so, investors couldn’t wait the launch either. With prices for an Apple Watch ranging from $349-$17,000, it will most likely bring a good return on investment. However, as pre-orders have been coming in for the Apple Watch, the same can’t be said for ETFs heavy on shares of Apple. MarketsMuse blog update profiling the little excitement in Apple ETFs is courtesy of ETF Trends, Todd Shriber, with an extract from his article, “Apple Watch a Non-Event for Apple ETFs” below.

Nearly of the models made available to U.S. consumers sold out in just six hours and it looks the April 24 availability date announced by the company at the Apple Watch unveiling event last month is getting pushed back. Perhaps as far out as the third quarter.

“Whether due to high demand or low supply, all models of Apple Watch have now almost entirely sold out with many slipping delivery date estimates in mere minutes of preorders opening. In the US, the 38 mm Stainless Steel Case with Black Classic Buckle is the only model still on offer with a ‘April 24th – May 8th’ shipping date,” reports9to5Mac.com.

Unveiling a new product with preexisting, pent-up demand is old hat for Apple and that might explain the lack of enthusiasm for the blowout preorders being displayed by exchange traded funds heavy on shares of Apple. Even shares of California-based Apple are trading slightly lower today.

Once upon a time, exchange-traded funds were simple index trackers. Nowadays you see the launch of products like the AdvisorShares Global Alpha & Beta ETF (RRGR).

This actively managed exchange-traded fund, which launched on NYSE Arca today, is built to reflect manager Roger Nusbaum’s ”tactical” and “global asset-allocation strategy (and his stock picks), with the aim of beating major indexes such as the S&P 500 and the Barclays Capital Aggregate Bond Index. It also has the unusual feature of buying and selling other ETFs. The “Random Roger” thing will be familiar if you’ve visited Nusbaum’s popular blog.

RRGR, which launched today on NYSE Arca, has a weighting of nearly 15% in the iShares Dow Jones U.S. Technology Sector Index Fund (IYW), 12% in cash, and 4% in the Vanguard Telecom Service ETF (VOX). HJ Heinz (HNZ), Kinder Morgan Emerging Partners (KMP) and Diageo PLC (DEO) are three of 11 stocks and ETFs that carry a 3% weighting, according to AdvisorShares. The yield will be around 3%, also according to AdvisorShares.

The new ETF has a net expense ratio of 1.40%, according to AdvisorShares’ website. Nor is it the first ETF to buy and sell other ETFs — AdvisorShares already has some of those.

Maybe Apple can solve the world’s problems. We find out today!

As global markets react positively to the news of yet another ‘solution’ to the European debt crisis, a soft poll of peers reveals they are not as cautiously optimistic as the tape might indicate.

The latest announcement of a $125bb rescue package for Spanish banks seems like yet another attempt to hold back an incoming tide with a pile of sand. For those of you who don’t spend time at the beach, it does not work; the water always finds a way around it and eventually consumes it.

With that in mind and more importantly should you be looking for creative ideas to take a contrarian view against what could be a short term rally, and it seems as I write this the markets have thrown in the towel already, there was a nice little article in the WSJ this morning about a little known ETF, HDGE– The Active Bear.

Additionally there was a write up on Seeking Alpha highlighting the highs and lows of HDGE since its inception in January 2011 as well as worthy comparisons versus –SDS-Proshares Ultra Short S&P 500 over both the short and long term.

HDGE is an interesting and unique actively managed ETF as there are no others like it. The fund managers Brad Lamendsdorf and John Delvecchio run the portfolio of short equities. While some other ETFs exist with partial short positions, the HDGE is all short all the time and it is NOT a leveraged fund. END_OF_DOCUMENT_TOKEN_TO_BE_REPLACED

You’ll want to click “more” for the full article. For those with short attention spans, Kessler concluded with: “One thing I’ve learned from my bruising time on Wall Street is to never get in the way of a freight train. Stocks with momentum keep momentum as mutual funds and index funds load up. They never seem expensive—until at some point the fundamentals subtly shift for the worse. Momentum works in both directions. Pull up the charts for General Motors, Xerox or Kodak on your iPhone.” END_OF_DOCUMENT_TOKEN_TO_BE_REPLACED