MarketsMuse ETF and Fixed Income departments merge and gives credit to Morgan Stanley as they raise their own ETF flag with an innovative idea to package a single corporate bond issuer’s debt into one neat package so that ETF investors can express their bets on the issuer’s outstanding credit… Here’s the excerpt courtesy of Reuters:

A bank proposal to pool corporate bonds of a single borrower into an ETF-style “trust” to help solve the credit markets’ chronic illiquidity problem is being circulated among issuers and investors, and finding some support.

Though still conceptual, the idea initiated by Morgan Stanley reckons investors could find more liquidity in a single instrument that represents several bonds issued by one borrower in a certain maturity, than in the individual bonds themselves.

According to the proposal, the trust would get positions in all of an issuer’s outstanding securities in the secondary market.

It would then group them according to whether they have short, intermediate or long-dated maturities, and issue separate trust certificates against each of those maturity buckets.

An underlying unit of bonds to represent each maturity trust certificate would be created and redeemed in a similar way as existing bond index exchange-traded funds.

To continue reading about Morgan Stanley’s new idea for an ETF, click here. 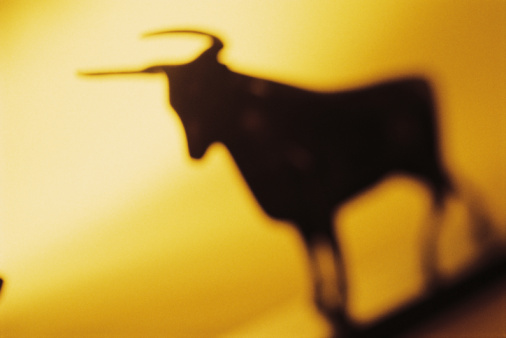 MarketMuse blog update profiles the positive market conditions bringing a good cash flow to high yield bonds, some say both are due to the ETF market. MarketMuse blog update is courtesy of Forbes’ article “High Yield Bond Funds See $315M Cash Inflow, Thanks To ETFs” with an excerpt below.

Retail cash flows for U.S. high-yield funds were positive $315 million for the week ended April 1, down from positive $856 million last week, according to Lipper. Both were essentially all related to the exchange-traded-fund segment, with this week’s ETF inflow of $318 million dented by a small, $3 million outflow from mutual funds.

The two-week inflow total of approximately $1.2 billion follows two weeks of outflows totaling $3 billion in mid-March. Those were the first outflows after six weeks of heady inflows.

Even with the fresh inflow this week, the trailing-four-week average holds fairly steady, at negative $446 million per week, from negative $448 million per week last week, as an inflow five weeks ago was essentially the same as this week’s inflow. Recall that the trailing-four-week reading of positive $2.5 billion seven weeks ago was the largest in this measure on record.

To read the full article from Forbes, click here.

Below extract courtesy of Wall Street Journal, as reported by Katy Burne

The initiative is the latest example of a technology company seeking to shake up the way corporate bonds trade, amid a challenging fixed-income trading environment and an increasing willingness by debt investors that traditionally use the telephone to buy and sell on electronic systems.

Liquidnet is privately held, with a majority interest owned by founder and Chief Executive Seth Merrin. Its purchase of Vega-Chi, announced in March, is scheduled to close Friday following approval of the deal in late July from the Financial Industry Regulatory Authority. END_OF_DOCUMENT_TOKEN_TO_BE_REPLACED