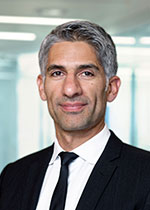 Same story, different day..’electronifying the corporate bond market’. . Folks have been looking for this Holy Grail for the past 20 years..That’s right..other than Bloomberg’s 1990’s system, a company named BondNet was the first to launch a web-based platform. That was an independent IDB platform created by some very innovative folks who got put into the penalty box when it was announced they would allow buyside managers to access it.Then Came Market Axess with their corporate bond offering (which was sponsored by a consortium of BDs and provided 2 different levels…one for the wholesale market (BDs) and the other for buyside…no need to guess why there were 2 levels of access…because there were 2 levels of prices displayed…Duh..that’s how the corporate bond market works, silly!

At the same time that BondNet and MarketAxess were getting their feet wet, TradeWeb was already in 2nd gear with their US Treasury bond offering…Great technology..great pioneers……Well, 20 yrs flash forward and TradeWeb..which had judiciously avoided going down a path that was full of torn limbs, is trying to steal corporate bond thunder from MarketAxess. TradeWeb’s focus is on the meat i.e. trade sizes of $1mil bonds and greater—while MarketAxess is somewhat stuck in the odd-lot land…not because they haven’t tried to get larger block orders, but because the culture of the corporate bond landscape is not friendly to trading blocks on a live screen…

That said, the WSJ thought it only fair to give TradeWeb some publicity via a very complimentary profile their current capo di tutti…Here is the opening of that story:

Can one man drag corporate-bond trading into a new age, where others have failed?

Meet Mehra “Cactus” Raazi, a former salesman from Goldman Sachs Group Inc., who has been working to do just that at fixed-income technology operator Tradeweb Markets LLC.

The New York firm is counting on Mr. Raazi as the frontman for its new electronic bond-trading system, an effort to bring the corporate-bond world into the 21st century. It has charged him with drumming up interest among asset managers and hedge funds for a system it says will enable easier and cheaper trading in U.S. corporate debt.

While trading technology can be humdrum, Mr. Raazi is anything but. Tall and athletic, with chiseled features, a neat crop of salt-and-pepper hair and a taste for custom motorcycles, he sometimes sports an ascot with skulls on it or a leather wristband featuring silver skulls. He practices the combat sport muay thai and has a stake in a lower Manhattan late-night burlesque club, The Box, said people familiar with his activities.

Whether the new platform, and Mr. Raazi’s efforts to sell it, will succeed still is uncertain, according to traders and analysts. Tradeweb has been silent on any progress it has made so far.

That is despite investors calling for more efficiencies amid shrinking stockpiles of bonds at securities dealers. For years, electronic trading has remained a fraction of the $7.7 trillion U.S. corporate-bond market. Instead, much of the trading is done over the phone.

Only about 15% of corporate-bond trading in the U.S. between investors and dealers is conducted electronically today, up from about 8% in 2010, according to bond-platform owner MarketAxess Holdings Inc., which has the vast majority of that volume.

Appetite is rampant among startups, exchanges and others to find the magic formula that can boost that share of electronic trading, because of the vast sums to be made from becoming the dominant player.

As many as 18 new companies are in various stages of launching competing platforms this year in the U.S., according to researcher Greenwich Associates.

“We’re not coming at this thing with a crystal ball,” said Tradeweb’s Chief Executive Lee Olesky in a briefing with reporters in the fall. Mr. Raazi declined to comment for this article through a spokesman.

Tradeweb’s effort has powerful backers in the 11 banks that co-own the company, including four of the big U.S. bond dealers: Bank of America Merrill Lynch, Citigroup Inc., Goldman and J.P. Morgan Chase & Co.

But it faces significant headwinds, as shown by the failure of numerous recent bond-platform launches, including at least two previous attempts by Tradeweb in the U.S. Past efforts have foundered for a variety of reasons, including that old trading habits are slow to change.

Advancing the workings of corporate-bond trading is the latest challenge facing issuers and investors. A doubling of issuance volumes since the financial crisis has vastly expanded U.S. corporate-debt securities outstanding to $1.46 trillion at the end of 2014, from $707.2 billion at the end of 2008, according to the Securities Industry and Financial Markets Association. Yet liquidity, reflecting the capacity to buy or sell securities quickly at a reasonable price, has retreated, traders say.

Into this breach steps Mr. Raazi, who is 44 years old and was educated in California. In 2007, Goldman praised him for swiftly closing out $1.2 billion of bets against souring mortgage securities. In 2010, a Senate subcommittee probing banks’ role in the U.S. housing crisis released a March 2007 email in which a Goldman executive lauded Mr. Raazi’s timely trading. “Cactus Delivers” was the subject line.

With Washington in full-out gridlock, Americans should be turning to the best national news, namely corporate profits.  Corporations are driving the resurgence in equity markets posting overall fabulous earnings.  The flight to under-owned equities has also helped the DOW reach what today represented a new all-time high when it screamed past the previous record high of 14,164 set back on October 9, 2007 at the open.  The DOW closed today’s session at 14,253 or 89 points above its previous record.  The S&P meanwhile, is closing in on its all-time high of 1,565 also set on October 9, 2007, sitting a mere 26 points away ending the session at 1,539.

Today’s pair of economic data releases conveyed a mix message about the shape of the U.S.A.  On one hand, the Institute for Supply Management’s (ISM) Non-Manufacturing Business Survey painted a bright picture indicating that segment of the nation’s economic activity grew for the 38th consecutive month.  It was the highest such reading since the 56.1 registered in February of 2012.  Construction is showing some signs of improvement as are financial and insurance companies among others.  However, in the push-me/pull-you that characterizes much of the data we see, today’s Economic Optimism Index dipped by 5.1 points versus the prior while remaining over 5 points behind its annual average.  Readings above 50 point to optimism, below it – pessimism.  The Index is comprised of three component parts namely, a six-month economic outlook, a personal financial outlook and confidence in federal economic policies.  All three categories posted declines. This month 60% of respondents indicate they believe the economy is in a recession.

So there it is…..more contradictory information to make our day a little brighter.  Heck, my barometer of optimism is if I get all my work done in one day, can start from a clean slate the next and read a bed-time story to my six year-old daughter well then, things are looking good.

On another note, Hugo Chavez is dead and you all know what that means……..you can now go ahead and buy gas at your local Citgo station.  Pleasant driving people!