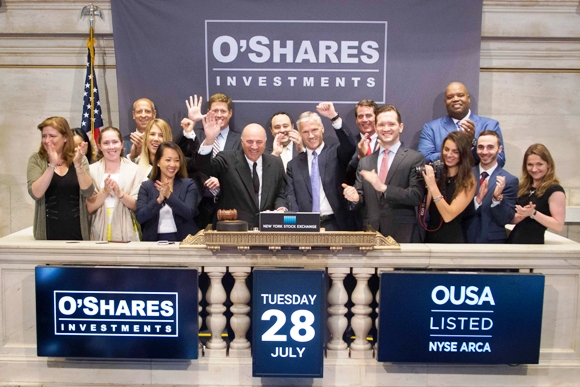 The summer interns at MarketsMuse had already voted “Shark Tank” as their favorite TV show,  so it was no surprise that our senior curators took their cue to advance the latest news from Kevin O’Leary, the celeb entrepreneur and more recently, an ETF aficionado who has extended his brand to the world of exchange-traded fund (ETF) products under the O’Shares Investment umbrella.

(Bloomberg) — Kevin O’Leary is out to carve a niche for himself in the world of exchange-traded funds.

The chairman of O’Shares Investments and Shark Tank personality has filed a prospectus with the Securities and Exchange Commission to launch 17 ETFs. All the proposed offerings have “quality” in the name and would employ a passive investing approach. The investable universe of these funds includes emerging-market equities, small-cap U.S. stocks, preferred shares, and even corporate credit.

“It’s rare for an indie shop like this to put this many funds on one filing,” said Eric Balchunas, ETF analyst at Bloomberg Intelligence.

O’Leary’s celebrity status and the application of smart-beta strategies to fixed income could help the Canadian businessman differentiate himself and attract assets in what’s becoming a crowded ETF space, with roughly 60 issuers in the U.S. The “quality” designation suggests O’Leary’s ETFs will put a priority on conservative factors, which are in vogue as the bull market enters its eighth year.

O’Shares’ most popular current offering, the FTSE U.S. Quality Dividend ETF (NYSE ARCA: OUSA), has $240.5-million in assets and has outperformed the S&P 500 so far this year:

Details on expense ratios or fees for O’Shares‘ proposed ETFs weren’t included in the preliminary prospectus. The FTSE U.S. Quality Dividend ETF has an expense ratio of 0.48 percent, which is roughly in line with that of other smart beta offerings.

Earlier this year, O’Leary indicated that he was considering a run for the leadership of the Conservative Party of Canada after former Prime Minister Stephen Harper’s Tories lost the 2015 federal election to the Liberals, led by Justin Trudeau.

For RIAs who want to be smarter (and at the same time, earn CFP and CE credits, MarketsMuse points you to the Sept 17, Forbes Advisor Playbook iConference. Why? Well for one, Shark Tank shark extraordinaire Kevin O’Reilly a newbie ETF Issuer of exchanged-traded funds firm “O’Shares”  (whose first product is OUSA) will be a guest speaker, along with a list of other industry luminaries that include Schorders’ Head of US Multi-Sector Fixed Income Andy Chorlton, Tim Palmer, Head of Global Interest Rates for Nuveen, Luciano Siracusano, Chief Investment Strategist for WisdomTree.

What does the day long session include? 6 timely topics ranging from Capital Markets and Game Theory to debating Optimal Active vs. Passive Portfolio Construction. MarketsMuse knows this will be a must-attend simply because the program is being coordinated by Julie Cooling of RIAchannel and our favorite ETF journalist, Todd Shriber aka ETF Godfather will be one of the program’s moderators. 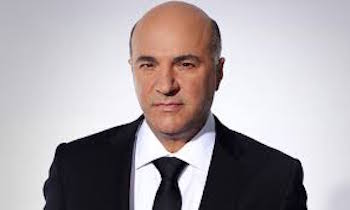 How big are ETFs these days? Even Kevin O’Leary, aka “Mr. Wonderful” of ABC’s “Shark Tank” is getting into the game. On Tuesday, O’Leary was on the NYSE floor to launch the O’Shares FTSE US Quality Dividend ETF, (ARCA NYSE:OUSA): a basket of high-dividend stocks.

But he’s not doing this just to enter the crowded ETF space, which already has 1,700 ETFs and more than 50 ETF providers.

As noted by the coverage from CNBC, “Mr. Wonderful” is entering the exchange-traded fund world as an Issuer because he needed an investment vehicle for the equity portion of his family trust, which he started in 1997. O’Leary claims he wanted an investment vehicle that was rule-based, first and foremost, so no one would tinker with it.

And he wanted dividends. Why dividends? As O’Leary accurately opines, 70 percent of the returns in the stock market over the past decade or so have come from dividends.

But O’Leary did not just want to buy a basket of the highest-yielding ETFs. You can get that already with Vanguard High Dividend Yield, and you can get variations, like the iShares Select Dividend, that screen by dividend-per-share growth rate, or the Vanguard Dividend Appreciation ETF, which focuses on companies that have steadily increased dividends. O’Leary’s rule-based system is predicated on the following:

OUSA is therefore comprised of 140 stocks selected from the FTSE USA Index, comprised of 600 of the largest U.S. publicly-listed equities.

Given the high-profile presence and PR power of O’Leary, O’Shares made its debut on Tuesday in heavy volume. It’s the latest in a flurry of new ETF launches this month; now with 28 new funds, July is already tied for the most ETF launches of any month this year.