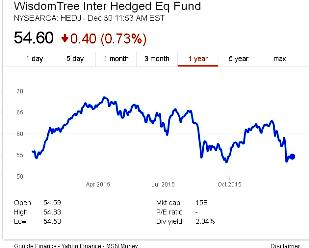 (Bloomberg) — A European stock trade that deployed the use of ETF products as a means of hedging currency exposure is one that enamored global investors throughout 2015 and drew more money than practically anything else in equities is blowing up in people’s faces.

As the moves in the the WisdomTree Europe Hedged Equity Fund (NYSE:HEDJ) show, the strategy of going long the region’s shares while hedging to mute the euro’s swings is unraveling. The exchange- traded fund has plunged a record 14 percent in December, erasing annual gains that swelled to as much as 23 percent in April and were still above 18 percent in July. Hit by withdrawals, its market value has fallen to $17 billion from more than $22 billion as recently as August.

Investors are pulling money from the fund like never before after Mario Draghi’s increase in European Central Bank stimulus failed to live up to expectations, triggering a decline in the region’s stocks and a strengthening of its currency.

“A lot of investors have been protecting themselves against a weaker euro, aiming for European equity returns which have been very strong this year as long as you hedged the euro,” said Ewout van Schaick, head of multi-asset portfolios at NN Investment Partners in The Hague. His firm oversees 180 billion euros ($198 billion). “That story seems to be over after the recent central bank actions. Investors are positive on European equities but are less sure it has to be on a hedged basis.”

The fund’s popularity grew earlier this year, when its hedge became of paramount importance as the ECB started its bond-buying program, triggering a weakening of the euro to levels not seen since 2003 and a 22 percent surge in the region’s stocks. In the first four months of the year, traders poured $13 billion in the ETF, making it the favorite vehicle to bet on European equities.

FEZ Fizzles. Fast forward to December, and things don’t look as good. The Euro Stoxx 50 Index, whose ETF tracker is NYSE:FEZ is down 7.1 percent through yesterday’s close, heading for its worst ending to a year since 2002, while the euro is set for its biggest monthly advance since April against the dollar.

Forecasters don’t see the currency moving much from now. It’ll weaken to $1.05 and stay at that level for the first three quarters of next year, before starting to rebound, according to projections. It’s hovered around $1.09 for most of December.

That doesn’t mean the consensus is turning bearish on European equities. Even without a significant weakening of the currency, strategists expect euro-area equities to climb another 12 percent by the end of next year, aided by a recovering economy, ECB stimulus and low valuations. The Euro Stoxx 50 rose 1.2 percent at 11:47 a.m. in London. At 14.2 times estimated earnings, companies on the gauge are cheaper than those on the Standard & Poor’s 500 Index or MSCI All-Country World Index.

“We still believe in European equities,” Van Schaick said. “The European economic recovery is in the earlier stage, so all the lights are green for Europe. They’re going to do a lot better than U.S. equities next year.” 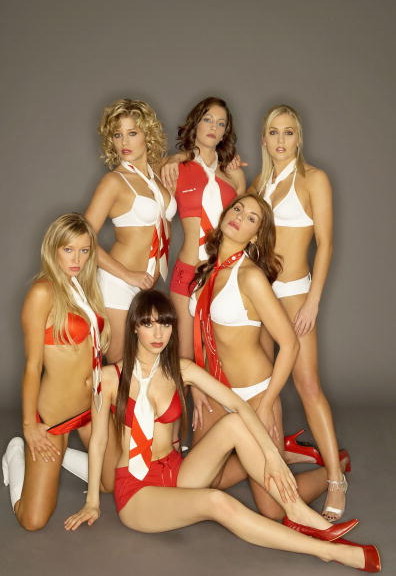 Below commentary is courtesy of extract from a.m. edition of today’s Rareview Macro’s “Sight Beyond Sight”

The objectives we have laid out continue to materialize across the themes we are focused on.

The Q&A session with President Mario Draghi following today’s European Central Bank (ECB) meeting has concluded. We will leave it to the people with PHDs to debate the intricacies of what he had to say. But if price is the voting machine that always tells you the truth, then the weakness in the Euro exchange rate highlights that the press conference was simply dovish. Expect these same PHD’s to keep chasing as they lower their price targets again.

As evidenced in our most recent editions of Sight Beyond Sight, there was little doubt that Draghi would not strike a dovish tone. With his emphasis on a unanimous vote for further action if necessary and formally adding in the notion that the ECB’s balance sheet will return to 2012 levels (i.e. ~1 trillion higher), Draghi did a good job of walking back the negative tone that the media have tried to portray over the last 48-hours, especially the speculation about an internal battle/dissent/revolt building up against Draghi.

For us, it was never about whether the professionals sold the Euro after the event. They were going to do that anyway as the trading dynamics continue to point towards the Euro buckling under its own weight regardless of what Draghi says. Instead, we were more focused on a short covering event not materializing ahead of tomorrow’s US employment data and that has been largely removed for today.

So those bearish have to contend with the following factors: END_OF_DOCUMENT_TOKEN_TO_BE_REPLACED

Below extract from this a.m. edition of Rareview Macro’s Sight Beyond Sight…

“….The key objective we laid out at the end of April has, we are pleased to say, now materialized – don’t sell in May and go away,  as the S&P 500 will trade higher to a range of 1920-1950. What is needed now for our forecasts to be fulfilled completely is a trend change in the US Dollar and greater evidence that the CAPEX profile will accelerate.

On the margin this morning’s US employment data did two things:

1. It mitigated some degree of the concern at the Federal Reserve about the slack in the labor market.

2. It strengthened the intermediate-term argument that a trend change in the Euro-Dollar (EUR/USD) is underway following the actions announced by Mario Draghi at the European Central Bank (ECB) yesterday.
Many with a short-term mindset are focused on price levels or technicals that force people to adjust risk. The Euro exchange rate above 1.37 or Gold above 1258, are two obvious examples.

What we would highlight is that neither today’s data nor yesterday’s actions by the ECB portend to a correction in risk assets. This is primarily because both events do not strengthen the bear argument that the weak data in the first quarter has bled hard into the second quarter growth profile.