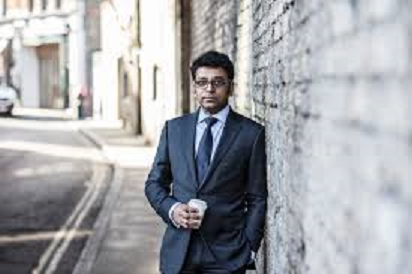 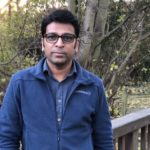 END_OF_DOCUMENT_TOKEN_TO_BE_REPLACED

Promoting indication-of-interest orders ( pre-trade real-time AXE indications) as opposed to actionable bid-offer constructs that are ubiquitous to equity trading platforms, is a technique that other US-based corporate bond trading platforms are already advancing. Neptune is also not alone in their positioning an ‘all-to-all’ model as a means to inspire buy-side corporate credit PMs and traders to embrace electronic trading, a seemingly counter-culture technique that enables them to swim in the same pool as sell-side dealers aka market-makers. The distinction that Neptune brings to the table is girth and size, thanks to its sponsors Goldman Sachs, JP Morgan, Credit Suisse, Morgan Stanley, UBS, Citi and Deutsche Bank, each of which maintain board seats.  Unlike the other players in the space that are focused on building a “round lot marketplace” (as opposed to retail size orders that MarketAxxess (NASDAQ: MKTX) specializes in, Neptune carries over 14,000 individual ISINs daily, claims that its average order size is 5mm,  total daily gross notional in excess of $115bn, and according to Neptune’s marketing material, over 22,000 individual ISINs have been submitted to the platform since January 1st.

Lots of e-bond trading platforms, but none are incorporating bond ETFs, at least not yet.

As compelling as Neptune’s value proposition is, some corporate bond e-trading veterans are quietly wondering whether these initiatives are somehow missing the memos being circulated throughout the institutional investor community profiling the rapid adoption of corporate bond ETF products in lieu of their long-held focus on individual corporate credits.

According to one e-bond trading veteran, “Anyone who follows the trends [and follows the money] can’t help but appreciate that a broad assortment of Tier 1 investment managers, RIA’s and even public pensions’ use of bond ETFs is increasing in magnitude by the week, not the quarter.  If you’re operating an electronic exchange platform for corporate bonds, and your users are rapidly increasing their use of fixed income exchange-traded funds, having a module for ETFs would seem to be a natural next step.”

Others in the industry have suggested to MarketsMuse reporters that enabling users to trade the underlying constituents against the respective corporate bond cash index along with a module for create/redeem schemes, or even a means by Issuers can distribute new debt directly seems to make “too much sense.”  But then again, these same industry experts acknowledge the political landmines that would most assuredly be encountered by those trying to disrupt and innovate within corporate bond land are perhaps too much for those who need to prove their business models before aiming at new frontiers. END_OF_DOCUMENT_TOKEN_TO_BE_REPLACED 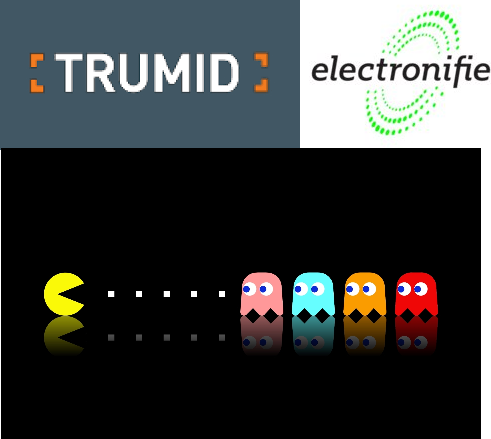 Fintech merchant bank SenaHill Partners, which spearheaded the initial funding round for Trumid during its startup phase and was later engaged by Electronifie to assist in identifying strategic investors, brought the two companies together for transaction.  SenaHill Securities served as financial and strategic adviser to Electronifie in the transaction. Upon closing, over 350 institutions will be on board Trumid Market Center, the company’s all-to-all trading network for corporate bonds. This includes 20 of the top 25 asset managers in the world and 60 broker-dealers. Following a regulatory approval process, Trumid expects the transaction to close early in the second quarter of 2017. Terms of the transaction were not disclosed.

“We pride ourselves on building a strong user network and delivering great products that make corporate bond trading easier. Trumid continuously strives to improve all aspects of our clients’ trading experience,” says Mike Sobel, president of Trumid. “The Electonifie team shares that vision and the combination of our networks will enhance the all-to-all liquidity available on the Trumid platform.”

Trumid recently closed a USD28 million capital raise, with participation from existing lead investors Thiel and Soros, as well as from new partners including CreditEase Fintech Investment Fund. With this capital, Trumid will continue to proactively grow and improve its offering, including its data science effort Trumid Labs, expansion of its salesforce, and development of new products.

According to one e-bond trading pioneer and a SenaHill Network Advisory Board member, who in 1994 helped introduce BondNet, the industry’s first web-based, inter-dealer electronic trading platform for corporate bonds, stated “As evidenced by the nearly two-dozen initiatives launched during the past 4-5 years alone, there’s been no shortage of smart folks who recognize the need for a centralized platform in which corporate bond market participants can transact in an efficient manner, particularly in the Dodd-Frank world in which the role of liquidity-providing sell-side dealers has been greatly diminished.  The plethora of platforms launched during the recent decade has created further fragmentation within an already-fragmented marketplace, so now it makes perfect sense for there to be a consolidation. This deal is a clear sign that roll-up schemes, where the vision that 1+1=3 is the next logical step for those who embrace the view that electronification of bond trading is good thing.” END_OF_DOCUMENT_TOKEN_TO_BE_REPLACED

MarketsMuse.com merges Fixed Income and FinTech with continuing coverage of the corporate bond market’s effort to evolutionize via electronification with a focus on yet the latest innovator initiative courtesy of Goldman Sachs alumni Amar Kuchinad and his start-up“Electronofie.” Our hats are off in salute to the catchy company name and extracts below are courtesy of recent profile in Fortune Magazine. Roger Daltry adds: “Dealers, Can You Hear Me?” Or, As Victor Hugo once wrote, “nothing is stronger than an idea whose time has come.”

It sure looks like the Golden Age for bonds. The $7.7 trillion U.S. corporate fixed income market is the largest source of liquidity on the planet for companies, and individual investors, pension funds, and endowments are flocking to bonds as never before.

So it’s hard to believe that anything this important could be so trapped in the past. At America’s biggest, most-tech savvy asset managers, traders speed-dial their favorite Wall Street salesman to place their biggest orders over their trademark headphones, just as in the Liar’s Poker era. The electronic platforms that transformed the equity markets decades ago mainly never arrived for the bond market. Relative to stocks, big-ticket fixed-income trading is stuck in the Stone Age.

Naturally, the beneficiaries are the investment banks who charge fat markups and, frequently, their hedge fund clients, who feast off of the constant leaks on who’s buying and selling big chunks of bonds, information that Wall Street firms use to cement their most lucrative relationships. END_OF_DOCUMENT_TOKEN_TO_BE_REPLACED