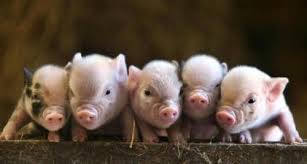 MarketMuse update is courtesy of Tom Lydon from ETF Trends.

Continuing with what has turned out to be exhausting coverage of European ETFs, the Portuguese, Irish, Italian, Spanish and Greek stocks (the PIIGS) ETFs are showing a bright immediate future for the Eurozone.

Though still controversial, due in part to looming speculation that Greece could potentially depart the Eurozone, exchange traded funds tracking Portuguese, Irish, Italian, Spanish and Greek stocks (the PIIGS) have the look of value propositions.

Even with Greece’s change in government, one that threatens the country’s ability to pay its debts, meet funding needs and could hasten the country’s Eurozone departure, the Global X FTSE Greece 20 ETF (NYSEArca:GREK) has mustered a small year-to-date gain.

Earlier this month, Standard & Poor’s pared its rating on Greece’s sovereign debt to B- from B. The ratings agency is keeping the long- and short-term ratings on Greece on CreditWatch with negative implications. Greece’s B- rating is just one notch above CCC, a rating that implies vulnerability to nonpayment “and is dependent upon favorable business, financial, and economic conditions for the obligor to meet its financial commitment on the obligation,” according to S&P, scenarios that Greece is unlikely to meet in the near-term.

Investors looking for exposure to multiple PIIGS through the convenience of one ETF that emphasizes value investing can turn to the actively managed Cambria Global Value ETF (NYSEArca: GVAL).

Cambria’s Mebane Faber “Faber employs a statistic called the Cyclically Adjusted Price-Earnings (CAPE) ratio to evaluate countries. First developed by Nobel Prize winner Robert Shiller, the CAPE has proven effective at predicting the future performance of U.S. stocks. The lower the ratio is, the higher the expected return. Faber has applied the CAPE to other countries in his own research. Examining a period from 1980 through 2013, he found that those countries’ markets with a CAPE below seven subsequently produced a 14.4% 10-year annualized return while those with the highest CAPE above 45 produced only 1.2%,” reports Lewis Braham for Barron’s.

At the end of 2014, the five PIIGS member nations combined for 46% of GVAL’s weight,according to Cambria data.

Helped by its PIIGS exposure and what was an 8% weight to suddenly resurgent Russian stocks at the end of last year, GVAL is up 6.4% over the past month, giving the ETF an advantage of 60 basis points over the iShares MSCI ACWI ex U.S. ETF (NasdaqGM: ACWX).

For the original article from ETF Trends, click here