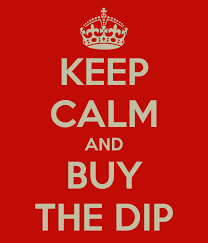 MarketsMuse ETF update profiles the most talked about topic: the US Dollar courtesy of extract below from March 25th coverage from Todd Shriber of ETFtrends.com. Here’s the snippet:

For over a year, exchange traded funds tracking the U.S. dollar have been the stars of the currency ETF group, but recent weakness in the greenback could prompt some investors to assess other currency opportunities.

The much maligned CurrencyShares Euro Currency Trust (NYSEArca: FXE) is up nearly 4.7% over that period and recent dollar weakness has gold ETFs, such as the SPDR Gold Shares (NYSEArca: GLD), on six-day winning streaks. None of that means the dollar’s run is over. In fact, some market observers believe the recent pullback in the U.S. currency presents a buying opportunity.

“While the pace and linearity may be more uneven going forward, on account of less co-operation on the US dollar leg, and dovish Federal Reserve policy, the overall framework has not changed –that is, the divergent monetary policy between the world’s major reserve currencies remains very wide. Additionally, the Federal Reserve will be the world’s first major central bank to raise interest rates and among those that have expanded their balance sheets it will be the first to reduce it,” said Rareview Macro founder Neil Azous in a note out this morning.

Azous adds that the recent dollar correction is an opportunity to again add to long dollar positions. It appears some traders disagree as more than $62 million has been pulled from UUP over the past week. Then again, the ETF has hauled in over $209 million in new assets this year, the fifth-best total among all PowerShares ETFs, according to issuer data.

Other data suggest investors are apprehensive about betting on sustained dollar weakness. For the week ended March 24, the WisdomTree Europe Hedged Equity Fund (NYSEArca: HEDJ) and the Deutsche X-trackers MSCI EAFE Hedged Equity ETF (NYSEArca: DBEF) were two of the top asset-gathering ETFs. That is an extension of theme that has seen HEDJ and DBEF claim the top two spots for 2015 ETF inflows.

To read the entire story from ETFtrends.com, please click here