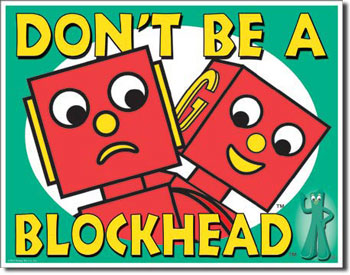 MarketsMuse fintech and fixed income curators are both noticing increasing upticks in stories relating to the use of blockchain technology specifically for use within the corporate bond issuance process. We might have been one of the first to focus on this application despite the early stage push back from IT blockheads within the securities industry who “didn’t get the joke”–but for those who missed the first memos, below is a good primer. The real meat is at the bottom.

(AllCoinNews)–This month, a paper examining how blockchain technology might be used to issue and trade bonds more effectively was published by the 2015 Freshfield Steven Lawrence Scholars. Aimed at first year law students in the UK, the Freshfields Stephen Lawrence Scholarship Scheme is designed to address under-representation of black men from low-income households in large commercial law firms.

According their paper, these two bond systems would have the same core characteristics. All bond issuers will have a user profile with two types of wallets, one for transferring bonds and the other for transferring money. Both wallets would contain the same unit types so they can be transferred on the same blockchain. To add units to the wallets, money needs be deposited or bonds need to be created through the the user interface. Metadata embedded in the units will distinguish whether units are currency or bonds. As a bond is purchased, two transactions take place in the system. Currency units are transferred from the investor’s money wallet to the issuer’s money wallet, while bond units are transferred to the issuer’s bond wallet to the investor’s bond wallet.

The major distinction between the closed and open pool systems is in who they serve. InBond Blockchain 1.0, the system using a closed pool of banks to verify transactions through blockchain technology, the bonds would only be available to institutional investors. This system’s innovation is the disintermediation of the clearing and settlement functions of the legacy bond trading system. The legacy system will no longer be needed as as the transfer and proof of bond ownership will be recorded in the blockchain and the digital account of the new owner. The benefits of Bond Blockchain 1.0 would be a reductions in costs resulting from removing intermediaries and a much quicker settlement time resulting from instant account transfers and blockchain verification in around 10 minutes.

MarketsMuse Editor Note: Towards understanding how/where/why blockchain technology is actually being implemented for use in corporate bond issuance, our curators encourage you to go directly to the source: fintech firm Symbiont –which is backed by among others, SenaHill Partners.