The Big Short is coming to a theater near you soon, but the hedge fund industry’s cool kid of the year David Miller has traded ahead of his peers by exploiting and being short of the popular ETF industry product: leveraged ETFs  and “inverse ETFs”; products that are typically powered by futures contracts so as to magnify returns of a move in a particular index.

Exchange-traded funds that employ derivatives or futures contracts have [rightfully so] been the subject of increasing scrutiny of late, a topic discussed more than once by MarketsMuse. As tweeted earlier today by our curators, the SEC which is notorious for chasing horses after they’ve left the barn, is now taking an even deeper dive towards determining the efficacy and credibility of these testosterone-charged ETFs—albeit putting the Genie back in the bottle will prove non-trivial for regulators. That said, one macro strategy-centric hedge fund manager is exercising his fund’s trade strategy options by leveraging the short-comings of these products by systematically shorting a laundry list of the so-called 2x and 3x return products, and he’s been smiling all the way to the top of the list of 2015’s best performing HF managers.

As reported by Reuters’ David Randall, the $155mil AUM Catalyst Macro Strategy fund, run by 35-year old David Miller is the cool kid of the year for using exchange-traded options to short leveraged exchange traded funds that offer two or three times the daily positive or negative return of an index and which have become increasingly popular among hedge funds and other traders as the broad U.S. market has flatlined. Leveraged ETFs have seen inflows of $9.5 billion this year, according to Lipper data. 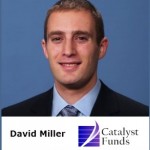 …. Miller’s $155.6 million Catalyst Macro Strategy fund, has posted returns of nearly 47 percent over the last year by focusing on the flaws of levered exchange-traded funds. That performance makes Miller’s fund the best performer among all actively-managed equity funds tracked by Morningstar this year, and nearly 20 percentage points greater than the next-best performing fund.

The average hedge fund, by comparison, gained 1.1 percent over the same time, the lowest return since the average loss of 5.4 percent in 2011, according to BarclayHedge.

At the heart of Miller’s strategy is a bet against what he calls “structurally flawed” ETFs. He has a list of approximately 100 such ETFs, nearly all of them leveraged, that he uses as the basis for his trades.

Miller’s base case is that most leveraged ETFs are poorly designed because the nature of compounding wipes out their gains over time.

Miller uses options to hedge his holdings, focusing on making bets that an ETF will have choppy trading rather than sprinting off in any direction, a strategy that he says limits his losses.

Indeed, both funds are down this year significantly, while their underlying index, the Market Vectors Russia ETF index (NYSE:RSX), is up 22 percent. The bullish fund down 27.6 percent while the bearish fund is down 66.9 percent.

To be sure, the strategy is not foolproof and carries risks of its own, including high trading costs incurred from frequent options trading and the risk that a leveraged ETF goes on a prolonged run beyond Miller’s strike price, leaving him on the hook for theoretically unlimited losses.

At the same time, the U.S. Securities Exchange Commission proposed a rule on Friday that would force ETFs to limit their derivatives exposure, potentially forcing most leveraged ETFs to shut down [L1N1401IW]. In that case, Miller said he would be forced to pivot his options strategy to focusing on “inconsistencies” in the futures market for commodities.

The fund shot up more than 11 percent on December 9 of this year. Yet Miller is willing to look past such daily losses and focus on the long-term tendency of leveraged ETFs to “decay,” he said. The same fund he has a net short position on, for instance, has a 78 percent decline for the year to date.

Fund experts say that Miller’s strategy of using options to short leveraged ETFs is unique, but does not have a long enough track record to be judged as anything more than a fluke.

“This is quite rare to find any fund that is using this as part of their strategy,” said Todd Rosenbluth, director of mutual fund research at S&P Capital IQ.

At the same time, Miller’s short track record is its own risk, he said. His strategy “has worked out excellently this year for this fund, but it’s still only one year of performance,” he added.

Miller, meanwhile, says that he has such a long list of what he calls poorly thought-out ETFs that he feels no need to hope that the fund industry keeps introducing more of them.

“There are so many terribly designed products out there already,” he says. 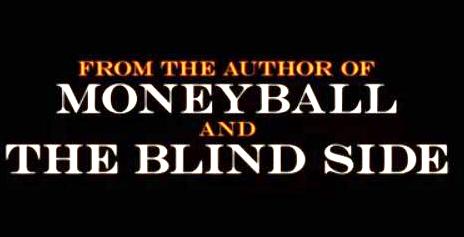