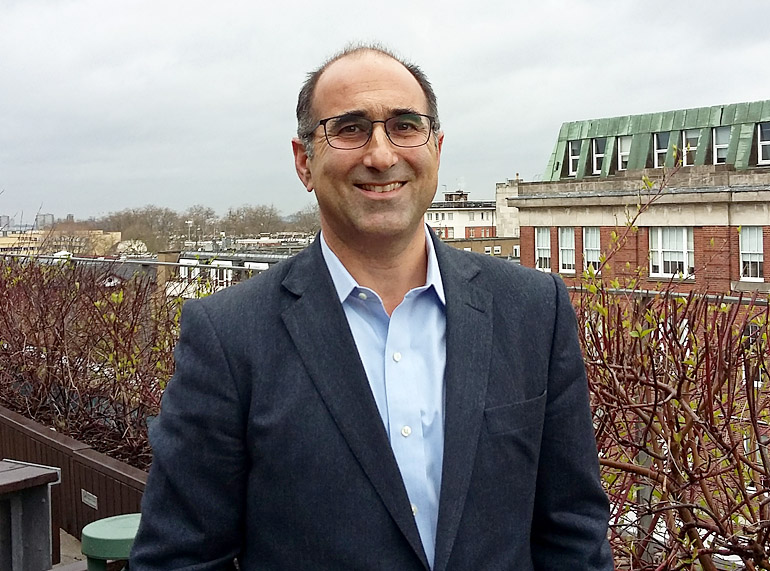 Proving that old traders never die, they simply re-invent themselves, yet another highly-seasoned hedge fund guru whose pedigree extends back to Salomon Brothers and thereafter, senior partner at the now infamous hedge fund Long Term Capital (LTCM) has become a convert to the world of ETFs and passive investing through the use of index-based exchange-traded funds. With $500mil AUM via London-based Elm Partners Management LLC, Victor Haghani is a new man with a big bankroll and is extolling the virtues of exchange-traded funds.

“..A man once at the center of a world-rattling hedge-fund collapse believes you should think twice before trying to beat the market.”

For those in the industry who were barely out of diapers when Long Term Capital rose among the ranks of the world’s most famous funds and then fell like a rock in the midst of the Russian ruble devaluation in the late ’90s, LTCM was the Greenwich, CT-based quant shop /hedge fund created by Nobel Prize winners and credited with minting money by deploying highly-levered, quantitative-based “convergence trading” strategies. What made the firm go from famous to infamouse was its rapid demise in 1998 when the Russia Flu found the hedge firm’s holdings in Russian bonds suffering from from severe-mark-down syndrome, creating a domino effect of losses across Wall Street prime brokers, and ultimately required a $3.6billion bailout by the Federal Reserve Bank of New York.

But, as any astute follower of hedge fund gurus will attest, if you haven’t lost a bundle along the way, then you’re probably not a big shot deserving of another swing at the bat. The mere fact that 55-year old Haghani has eschewed exploiting opaque markets and instead, is now embracing passive investing schemes via index-based strategies, speaks volumes to the impact that ETFs have had in transforming the investment management landscape.

MarketsMuse editors extend a “hats off” to WSJ’s Sam Goldfarb for the reincarnation story below.

Victor Haghani, a veteran of the legendary Salomon Brothers trading floor, is probably best known as a founding partner of Long-Term Capital Management LP, the hedge fund that posted huge returns using leveraged bets in the mid-90s before collapsing 19 years ago so spectacularly that the Federal Reserve deemed it a threat to the financial system.

That experience dramatically altered the course of Mr. Haghani’s life, leading to a roughly decade long break from full-time work, during which he seriously considered a career in another field, such as arbitration or academia.

Now, 55-year-old Mr. Haghani is back as a presence in the financial world, a person both familiar and different from the one last seen in public. The relentlessly quantitative side of him is still very much intact. The “volatile, impulsive streak” identified in “When Genius Failed,” Roger Lowenstein’s 2000 book about LTCM, is hard to detect.

Since 2011, Mr. Haghani has run, from a small office near his home in London, Elm Partners Management LLC, an investment firm that now manages around $550 million of assets. Using a simple algorithm, the firm takes into account valuations and momentum to invest in index and exchange-traded funds across different asset classes. Index funds, as of Sept. 30, accounted for 43% of U.S. stock-fund assets, up from 12% in 2000, according to the Investment Company Institute. Many on Wall Street believe that the proliferation of technology and information means there are simply fewer opportunities than there used to be to find market-beating returns.

Index funds, as of Sept. 30, accounted for 43% of U.S. stock-fund assets, up from 12% in 2000, according to the Investment Company Institute. Using index funds and ETFs, Elm Partners’ baseline allocation is 75% risk assets, such as stocks, and 25% fixed income, with about two-thirds from the U.S. Allocations to specific buckets such as European stocks, which normally would represent 12.3% of the total portfolio, can be dialed up or down by up to two-thirds based on their valuations or one-third if current prices depart from their one-year moving average, suggesting short-term momentum

Along with giving Mr. Haghani something to do in the morning, Elm has given him a platform, which he has used in part to make a forceful case for the merits of passive investing. In journal articles, blog posts and videos, he has explored, among other issues, the different ways that people fail to maximize their savings, such as by trusting their intuition or overestimating their abilities.

It is, perhaps, the perfect role for him, as his former success as a trader lends him credibility while his famous failure provides an example of what can happen to even the savviest investors. To keep reading the WSJ story, click here