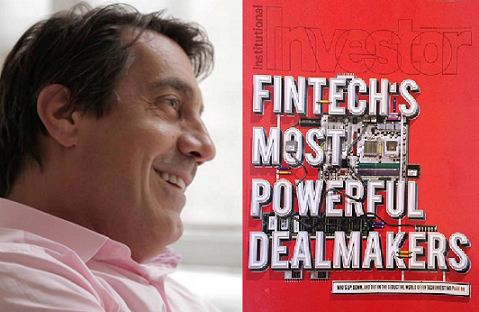 Those of us who have worked in and/or around the world of electronic trading for more than 15 minutes readily know about REDI, the ubiquitous direct access execution platform for stocks and options that was introduced by Spear Leeds & Kellogg in 1987 to its professional clearing customers, a universe that grew to thousands of professional traders across the globe. For those not old enough to remember Spear Leeds aka SLK, it was one of the financial industry’s largest specialist firms with it biggest boots on the ground on the NYSE and Amex, and for decades, one of the largest clearing agents for stock and options exchange members and upstairs prop traders. SLK was also one of the industry’s most recognized upstairs market-makers until being acquired by Goldman Sachs in 2000 for a whopping $6.5bil. For those in the know, Goldman’s record-setting acquisition was attributed in part to a fellow by the name of Neil DeSena, “a boy from Bayonne” whose name was synonymous with REDI from the day it was first introduced in 1987, to the day the platform came under Goldman Sachs stewardship, to the day in 2016 when REDI was sold by GS for $1bil to Reuters Plc, and for every day in between, including now, when a trader somewhere in the world uses REDI to send a buy or sell order for stocks, options and/or futures into the now global OEMS platform.

History has already shown that the usually prescient Goldman Sachs wanted not only SLK’s prop-trading business and its clearing customers-which delivered hundreds of millions in high-profit revenue , GS also wanted to be at the forefront of electronic trading and SLK provided that. And, it was Neil DeSena who offered that entree. Until his untimely passing last week, barely three months after celebrating his 52nd birthday, Neil DeSena’s name and the brand name REDI remained forever intertwined, despite the fact that Neil had retired from his role as a Goldman Sachs MD several years ago. It was DeSena who was widely-credited for taking the REDI electronic platform from a closed stock and options order routing system for SLK clearing customers to a a billion-dollar, global OEMS platform synonymous for trading stocks and listed equity options. Upon Goldman’s acquisition, Neil became a GS managing director and under their banner, he built REDI into the industry leading global multi-asset trading system, expanding data centers and global networking through Europe and Asia with full interdependency/redundancy, creating a fully 24×7 global institutional trading platform. In 2015, Goldman sold REDI to Reuters for a cool $1bil.

Ironically, Neil DeSena was not an inventor, nor a prodigy software wonk, and not an MIT-educated computer geek or a Harvard MBA. Neil came to the financial industry as most did ‘back in the day’; he was a humble, but eager “boy from Bayonne” who came from a middle-class family and like so many others from the hamlets near the world’s trading centers, he aspired to work on Wall Street’s trading floors. As noted in his bio at SenaHill Partners, the fintech merchant bank Neil co-founded in 2013 with Justin Brownhill after retiring from Goldman, Neil’s first Wall Street job was typical to that of other 23 year olds; he scored an entry-level, back-office clerk (for retail broker Quick & Reilly). After rising through the ranks and learning how to leverage technology and lead people, Neil joined SLK in 1992, where he became the first employee of REDI. To the tens of hundreds that Neil since touched throughout his personal and professional life, ‘the rest is history’, but Neil’s history and the legacy he leaves behind cannot go without mention.

Neil DeSena was a classic innovator and entrepreneur who always maintained a prescient view when it came to the future of marrying technology and financial markets. He was less a student of technology than he was a student of human behavior and the inherent opportunities that technology-based solutions could provide to one of the world’s biggest industries. Better than most, including the legions of Wall Street technology and business development gurus, Neil had an innate and intimate understanding of the the mindset of those who navigated stock and options marts and what they would need to be more efficient and more effective, before those savvy-traders knew themselves. It was Neil’s thought-leadership, his uncanny ability to gain the trust and confidence of those around him, his foresight as to how/where/why technology could be leveraged, and perhaps most of his all, his endearing personality and sense of integrity that served as a benchmark for so many people he encountered.

Never one to rest on his laurels and certainly not like so many from the finance industry who aspire to build wealth for themselves and retire to a life of luxury, when Neil left Goldman Sachs, it took little time to decide “What’s Next?” Joining hands with Justin Brownill, one of the trading tech industry’s most successful entrepreneurs, the two formed SenaHill Partners in 2013 and framed the firm to be one of the very first fintech merchant banks focused on fostering upstart and industry disrupting financial technology firms. Since the firm’s creation barely four years later, more than two dozen finance industry tech pioneers have joined as network advisory board members; each contributing expertise, relationships and insight in their respective areas and helping to review nearly 2500 business plans submitted to SenaHill. The collective of professionals has gained the attention of finance industry and tech industry titans and has put wind behind the sails of dozens of disruptive startups focused on areas from bitcoin and distributed ledger to financial-flavored media platforms.

Irrespective of the degree of success enjoyed by enterprising start-ups that DeSena and Browhill have helped guide, Neil DeSena’s truest success is illustrated less by counting the literally hundreds of people who came to offer kindness and support this past weekend to Neil’s wife Carolyn and his three young children, Madeleine, Neil Anthony, and Jack, but more by the legacy he leaves; Neil always reminded those who were smart enough to listen that “material success is fleeting; honor and integrity are the most important virtues, as it those qualities that we should all be remembered for.” END_OF_DOCUMENT_TOKEN_TO_BE_REPLACED