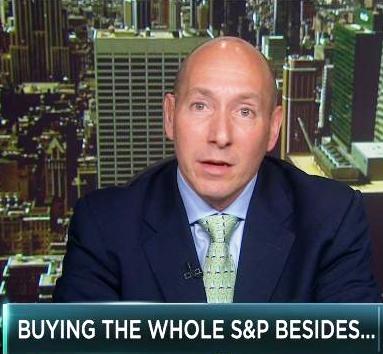 Hold the pickles, and hold the lettuce…Just when MarketsMuse curators and an assortment of ETF market enthusiasts thought there might already be enough themes, toppings and twists to the growing number of exchange-traded funds, ProShares is taking a page straight out of Burger King’s 1970’s branding campaign via a newly-launched menu of “ex-sector ETFs.”  The new, S&P-centric menu enables investors to have it their way and to express bets in the S&P 500, but “ex” specific sub sectors. Confused as to why? According to a report by CNBC’s Alex Rosenberg, so are select industry professionals who view this innovation as convoluted. Below is an excerpt from Rosenberg’s juicy bytes..

A new set of exchange-traded funds offered by ProShares allows investors to get exposure to the entire S&P 500, save for one or another given sector. Specifically, the company now offers ETFs tracking the S&P 500 ex-energy (trading under the ticker symbol SPXE), ex-financials (SPXN), ex-health care (SPXV) and ex-technology (SPXT).

Hyman provides the example of an investor who already has high exposure to a given sector—such as an executive compensated in a company’s stock, or an inheritor who has received a large number of shares—and does not want to take on excess exposure.

“Previously you’d have to maybe call up a trust company or find someone to run a custom strategy for you to avoid that sector, and here it’s just very straightforward: Buy an ETF. The sector’s out, it’s redistributed across the other names on a market-cap-weighted basis, you don’t have to worry about it,” Hyman said.

Second, the ETFs are designed for those who believe a given sector, such as energy, is set to underperform the rest of the market. “If you have that conviction, this is a very straightforward and easy way to effect that view,” he said.

Yet given that retail investors are often considered to be best served by buying into the overall market and avoiding tactical calls, some say these ETFs might be an inferior play compared to, say, SPDR’s popular S&P 500 ETF (SPY).

“As a core holding, you are far less diversified,” Eric Mustin, vice president of ETF trading solutions at WallachBeth Capital, wrote to CNBC. “You are implicitly overweight the other sectors versus the S&P 500 weightings.” The expense ratio, at 0.27 percent, also irks Mustin.

“You are paying nearly 200 percent to 300 percent the management fees” compared to a product like the (SPY), he pointed out. “I think it’s a product that may find some success among a retail audience, but sophisticated investors probably won’t have an appetite for it.”

When there is a “pronounced discrepancy in attractiveness,” such as the clear unattractiveness of energy at the beginning of the year given dismal earnings expectations and high valuations, “it would seem logical to exclude that sector,” S&P Capital IQ’s equity chief investment officer, Erin Gibbs, wrote to CNBC.

“However, these clear-cut unattractive sector events do not happen that often, and therefore these products could have limited appeal,” she added. Here’s what Hyman has to say:

And, as a special treat to MarketsMuse readers who are “of age”, here’s a dandy clip that adds flavor to this story: