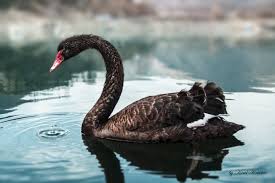 Therefore, today will go down in history as a “Black Swan” event.

A Black Swan event in statistical terms is a 20-sigma move where the odds against such a move happening are about 10 to the 50th power. To put that in context, Black Monday, were the US stock market crashed down -25% on October 19, 1987 ,was a 20-sigma move and Black Thursday, where the US stock market crashed down -13% in 1929, and was an early warning for the Great depression, was a 10-Sigma event.

Today, the Swiss Market Index (symbol: SMI) was down -14.3% at one point, only to recover so far to -10%. This is the single worst day in the history of that stock market.

For the full edition of  today’s “Sight Beyond Sight”,  and access to the SBS archives, subscriptions to the daily newsletter are available on a monthly or [discounted] annual basis. Please visit the Rareview Macro LLC sight by clicking here

Less than a month after it announced negative interest rates, the Swiss National Bank shocked global markets by announcing it will scuttle the franc’s euro peg and the impact is being felt across the exchange traded funds landscape Thursday.

SNB’s decision to scrap the franc’s euro peg sent the Swiss currency surging, so much so that the CurrencyShares Swiss Franc Trust (FXF) is easily Thursday’s top performing non-leveraged ETF with a gain of over 12% on volume that has already reached nearly 20 times the trailing three-month daily average.

Putting FXF’s move into context, the ETF entered Thursday down 2.5% since the start of the year and Thursday’s surge by the franc has more than wiped out FXF’s 10.3% two-year loss. Additionally, it is extremely rare that a currency ETF, particularly of the non-leveraged variety, to be a day’s leading on a percentage basis. FXF’s 12%-plus gain today is more than double that of the day’s second-best ETF, the Sprott Gold Miners ETF (SGDM) .

At one point, $100 billion had been wiped off the value of Swiss blue chips, putting the normally docile market on pace for its one-day slide in 25 years, according to Reuters.

“The SNB’s shock decision to discontinue the cap against the euro that it introduced on Sept. 6, 2011 to fight recession and deflation pressures sent the Swiss franc soaring by almost 30 percent,” Reuters reported.

With the SMI rebounding off its lows, the iShares MSCI Switzerland Capped ETF (EWL) , the largest U.S.-listed Switzerland ETF, is higher by 2.3% on volume that has already nearly 10% above the daily average. The $976.4 million EWL allocates a massive percentage of its weight to Swiss blue chips Nestle (NSRGY), Novartis (NVS) and Roche. Those stocks combine for 45% of the ETF’s weight. Novartis and Roche combine for 11% of the iShares Global Healthcare ETF (IXJ) , which is trading modestly higher today.

The First Trust Switzerland AlphaDEX Fund (FSZ) , a smart beta spin on Switzerland ETFs, is up 3.6% to its highest levels since the start of December. Proving that SNB’s decision has a broader ranging impact on U.S. ETFs, the First Trust Dorsey Wright International Focus 5 ETF (IFV) , the international answer to the already popular First Trust Dorsey Wright Focus 5 Fund (FV) , is trading slightly higher today because FSZ accounts for 20% of IFV’s weight. [Small Rally for Swiss ETFs after move to Negative Rates]

For the full analysis from ETFtrends.com and Tom Lydon, please click here