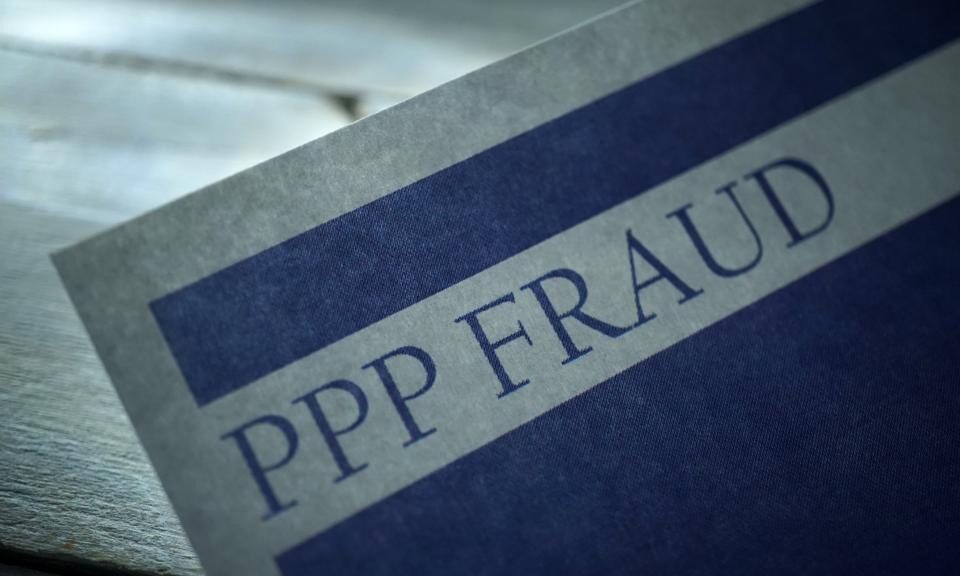 With today’s announcement from Pfizer (NYSE:PFE) indicating they are that much closer to a Covid-19 vaccine, its time to look forward to who the Biden administration will appoint to prosecute the tens of thousands of SBA PPP loan scammers who reaped tens of billions after the Trump administration made it a simple feat to fill out a form and run with the money.

The SBA has recently published a list that contains thousands of companies that received over $150k each. Many received several million dollars. And, the SBA is scheduled to release an even more comprehensive list comprised of tens of thousands of companies that received less than $150k. The current list and the one soon to come out provides a roadmap to criminal enterprises and unsavory categories.

Propublica is making the interrogation easy for amateur sleuths.

Take for example a company known as SOSV Payroll LLC, and its interesting connection to a company profiled here last year, “Seaquake.io”, which appears to be not much more than a spiderweb of intertwined shell companies that claims to build software applications for trading cryptocurrency. Our prior reporting has led most to appreciate that if it looks like a duck, walks like a duck and quacks like a duck, it is a duck, and within the context of investor scams, Seaquake is the queen of ducks, especially when its former business development executive stated “they sell nothing but vaporware and nobody has bought it, other than investors who were deceived into buying into the company.”

SOSV Payroll is a Delaware entity with a principal office in Princeton, NJ and according to corporate filing records, is structured as a “Foreign Limited Liability Company.” The company also registered with the State of Colorado in February 2019. According to SBA PPP loan application documents filed in April 2020, they say they have 30 employees. The SBA PPP loan was approved and made via First Republic Bank for somewhere between $350k-$1million.

Of interest, this entity is a direct affiliate of Ireland-based venture fund “SOSV, The Accelerator VC”, which claims to have $700m in AUM. Soon after receiving the SBA loan, SOSV announced they made a direct investment in the above-mentioned Seaquake.io, a holding company with multiple corporate shells including in Colorado. More relevant, Seaquake has been a defendant in multiple actions, including allegations of investor fraud brought against Seaquake CFO Matthew Krueger and co-founder Andrew Ross Stark aka Ross Stark aka Stark Katz. According to criminal background searches, Katz has a lengthy history of charges ranging from breaking and entering to domestic violence to stalking.

UPDATED MARCH 2020: Add a bank loan fraud perpetrated by Katz and Krueger in connection with Seaquake OPS LLC, a Wyoming entity that is part of the web of Seaquake companies. Recently discovered, Seaquale OPS LLC did in fact apply for and did receive a Paycheck Protection Loan of $22,813 through Wells Fargo Bank, National Association, which was approved in May, 2020. In that loan application, Selen Katz, former wife of Andrew Katz, and the victim identified in the felony assault charge is identified as an employee of Seaquake. Her title, according to a LinkedIn profile is “creative director” and her date of employment is the same month in which the PPP Loan was applied for.

We don’t know why an affiliate to a $700m AUM Ireland-based venture fund needed to apply for an SBA PPP loan. We don’t know if it’s kosher or not. We do know that the SBA PPP loan program has been exploited by tens of thousands of firms. How or if President-elect Joe Biden and his Vice President, Kamala Harris, the former California Attorney General will be able to claw back and/or prosecute those who submitted false loan documents and received taxpayer money is a question that may never be answered. The good news is that detailed data regarding more than $100bil in loans handed out, including the business names and addresses pertaining to the millions who received loans in amounts under $150k is expected to be released in December.

The above-referenced Seaquake enterprise (first exposed by MarketsMuse last October after Law360.com published a federal lawsuit against the company and its principals) also has corporate shell registrations in California, Wyoming, Florida, and the United Kingdom (at last count). According to confidential sources, at least two of its subsidiaries will be unveiled for having received SBA PPP loan support, despite former insiders acknowledging the company has no product, has no customers, and no documented salaried employees, other than Mssrs. Katz and Krueger, and in April (immediately prior to submitting loan applications), a new LinkedIn profile indicated this company added a “creative designer”, who also happens to be co-founder Katz’s wife. Ms. Katz also appears to be a fashion model and Instagram influencer, according to her profile at www.instagram/seloupe.

Now that Pfizer appears to be one step closer to solving the Covid-19 vaccine crisis, one can hope that we will all go back to business, including SBA, IRS, and state fraud investigators, who can focus on bringing SBA loan predators to justice.