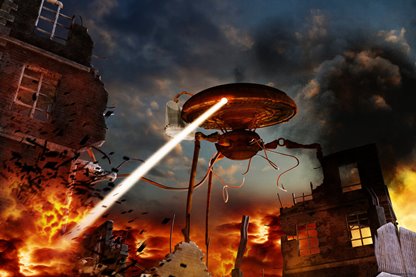 The high-frequency arms race, aka “Battle Between Wall Street-style Transformers” has extended to trading in USTs and HFT firms are invading the US Treasury market, according to latest from BusinessInsider..

(BusinessInsider)-High-frequency traders have taken over the market for US Treasuries, and a bunch of market participants say they’re alarmed by the change.

The US Treasury recently asked for public comments on changes to the largest government bond market in the world. The responses have been flooding in.

The topic is a weighty one. The US government bond market makes up around 30% of the fixed income market, according to a letter from the Securities Industry and Financial Markets Association and American Bankers Association.

The Treasury market is “the most important global benchmark for pricing and hedging spread asset classes and is a key transmission mechanism for US monetary policy,” they wrote.

Several Wall Street players took the opportunity to get in a dig in over the growing role of principal trading firms and high-frequency specialists.

The general consensus among this group is that regulation has discouraged Wall Street banks from making markets in US government bonds. While banks have pulled back, high-frequency trading firms have piled in and these firms are more flighty in times of stress.

Shane O’Cuinn, a managing director at Credit Suisse, highlighted the impact of regulation on bank balance sheets for example, saying it had curtailed banks’ ability to participate in the market. He said:

It’s worth remembering that Wall Street banks have an axe to grind here. They’ve seen revenues for the government bond trading business tank over the last five years.

But it’s certainly true that the high-frequency traders are now much more active in this market, and some investors say they’re making life difficult.

PTFs—or those conducting high-frequency trading tactics—have generally been an impediment within the Treasuries market. These firms generally impede dealers’ ability to provide liquidity to end users. In our opinion, suggestions that PTFs could eventually replace dealers are tenuous because most of these firms are less regulated than dealers, hold minimal amounts of capital, and the potential failure of one, or several, of these entities could contribute to widespread systemic risk.

In September, Risk.net published a confidential list ranking the top 10 firms by volume traded on BrokerTec, an ICAP-owned trading platform for US Treasurys that is believed to make up 65% to 70% of interdealer market volumes.

Eight of the top 10 firms on the platform were not banks, including KCG, Spire-X, XR Trading, DRW and Rigel Cove, according to the report. This research was highlighted by several of the respondents to the US Treasury report, who used it as evidence of the growing influence of principal trading firms.

These firms trade in and out of markets at speed, usually in small sizes, and they don’t hold positions overnight. Some establishment players believe that these funds disappear when liquidity is needed most.

With these changes in market structure has also emerged a class of market participants who largely remain outside of the current regulatory framework, and whose business models are fundamentally different than those of traditional, principal-based participants that used to be responsible for the majority of the volume in the market. The result can be higher volumes and lower trade sizes. However, while these participants are responsible for increases in volumes, this does not mean that such participants are establishing and holding positions or willing to meaningfully provide liquidity during stress events. These factors tend to exacerbate volatility in rapidly changing markets, even absent fundamental catalysts.

And here is Deirdre Dunn, head of North America G10 rates at Citigroup:

Not everyone is so concerned. Some of the respondents were keen to point out, for example, that trading continued during the US Treasury Flash Crash in October 2014, and that the proliferation of high-speed traders in the US Treasury market was nothing to worry about.

You can read what they all of the respondents had to say here.