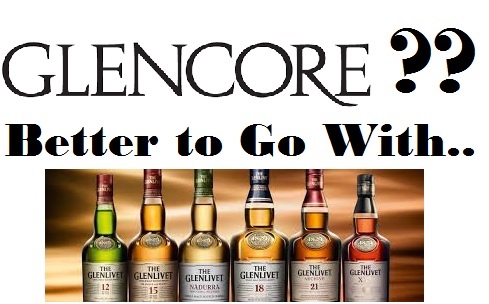 MarketsMuse news curators have spotted dozens of commentaries from leading equities and debt market pundits opining about global mining giant Glencore. There is only one comment that offered a truly rare view that struck a chord, and it is courtesy of this morning’s edition of global macro newsletter “Sight Beyond Sight”, which is published by global macro think tank Rareview Macro LLC. The title of today’s edition:

Today’s edition of Sight Beyond Sight is going to sound aggressively Bearish to some people. At the same time, the tone is insensitive to the countries, companies, and employees involved. If that bothers you, that is too bad. This is a financial services newsletter, not the United Nations or the Red Cross. We are not trying to disparage anyone or call someone out. Our goal is to try and help you make or save money.

Glencore EU1.25b notes due March 2021, one of the most recently issued and liquid tranches of their debt outstanding, dropped six cents to~76 cents on the euro today, effectively crossing over into high yield territory even though it still maintains its BBB credit rating. Headline writers argue that most of the weakness today in Glencore’s stock and bond price is the result of comments made by Investec Plc, where it warned that there would be little value for shareholders should low commodity prices persist. This echoes a key research note last week from Goldman Sachs that said: “If commodity prices were to fall 5% from current levels–which we do not consider to be a far-fetched assumption given the downside risk to commodity consumption in China–we believe that concerns about its IG credit rating would quickly resurface.

Under this scenario, we estimate that most of Glencore’s credit rating metrics would fall well outside the required ranges to maintain its IG rating, and that could happen as early as the next reporting period (FY15).”

From here, this is where those who throw bombs for a living believe is what is coming up next: