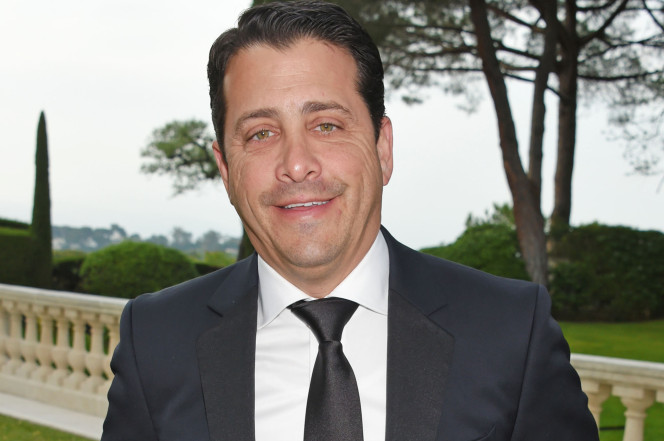 (Courtesy of BrokerDealer.com) Whilst most of the news media coverage of the travails of Harvey Weinstein have been dedicated to sordid details and otherwise extoling the newly-appointed (or interim) corporate chiefs, it leads one to wonder whether investigative journalism is losing cache…But, lo and behold, one Hollywood news journalist has peeled back the onion to discover what could be an episode from “Arrested Development” starring Weinstein & Co. President & COO David C. Glasser, who was elevated to share the CEO suite with Harvey’s brother Bob Weinstein as the Hollywood mogul sex scandal unfolded last week. According to Variety’s Gene Maddaus, Glasser, who started his Hollywood career as a child actor, turns out to be in Wall Street parlance, a “bad actor.” It seems that Glasser has been a “person of interest” in more than a few financial fraud investigations extending back two decades. And, according to court judgments extending back many years, Glasser has been ordered to pay millions of dollars in restitution to victims who bought into ‘film finance deals’ promoted by Glasser.

According to Maddaus’ reporting, “Glasser has long been dogged by legal issues that date back more than two decades. In the most serious case, Glasser’s former film finance company was used by the now defunct penny stock broker-dealer Hanover Sterling Securities to launder the proceeds of a massive stock manipulation scheme which, according to federal prosecutors, was connected to the Genovese crime family.” While Glasser managed to dodge the bullets of federal prosecutors in that incident, in an exclusive reveal, Glasser’s inglorious film finance history includes a long trail of yet-to-be paid civil court judgements in various jurisdictions for defrauding investors in an assortment of “pre-production finance deals.”

To be fair and balanced, Hollywood is as notorious for its deal makers advancing “the Art of The Steal” as it is for casting couch hi-jinks for which Harvey Weinstein has been “reputation-ally cremated.” Just as Harvey is no lone wolf for gaslighting aspiring (and well-established) actresses and coercing them to observe (or enable) his sexual deviant behavior, Weinstein & Co.’s co-CEO David Glasser is not the only film finance aficionado who has played the deviant game of “hide the banana from investors.” The industry-common scheme is taking investors’ money, then later informing them the projects they backed either ‘died on the vine’ or courtesy of using two sets of accounting books, produced meager returns. One classic case study is the Academy Award winning film and box office blockbuster “Crash”, coincidentally produced by David Glasser and industry titan Bob Yari.  This was a small-budget project investors backed but “somehow” didn’t produce any profits for distribution to those investors. For the record, the film Crash, written and directed by Paul Haggis, was produced on a budget of $7.5mil and brought in $250mil in ticket sales. According to Glasser’s partner Yari, the film was not profitable. According to a civil court finding, it was, and the producers were ordered to disgorge millions.

The connection between Glasser in that case, seems more than ‘tangential’, a phrase Glasser has invoked multiple times to investigators when being named a ‘person of interest’ in film funding schemes that have gone sideways under his watch. Glasser was also a target in a convoluted criminal investigation into the 2001 financing behind a remake of “Devil and Daniel Webster,” the first and last directorial debut for Hollywood bad boy Alec “Bloviator” Baldwin, who also starred in the film with among others, Sir Anthony Hopkins and Jennifer Hewitt.  The story behind Glasser’s role in the financial shenanigans and the ensuring investigation is the topic of a novel making its second way around book publishing circuits, but upon closer look, that case is part of a longer trail in which Glasser has found to have defrauded investors.

Entrepreneurs seeking to raise capital for an innovate product or industry disruptive business model need to follow two first steps: assembling a compelling business plan that is complemented by investor offering documents that comply with securities laws and regulatory guidelines relating to private placements to accredited investors. A leading firm that specializes in the full spectrum of capital formation documents and collateral is Prospectus.com 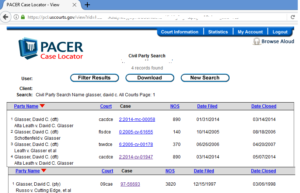 As evidenced by interrogating pacer.gov–Glasser is better cast as a serial financial fraudster who has racked up multiple civil court judgements in various jurisdictions, -each of which determined Glasser had perpetrated fraud relating to ‘pre-production film financing’ schemes in which investors lost all and restitution awards were mandated by the various courts. As best as can be determined, those restitution awards, totaling several millions of dollars, remain unsatisfied. In 2004, in the midst of various litigation, Glasser transferred ownership of his $2.8mil home in Hollywood’s Calabasas community to a ‘trust’ held by him and his wife.  Why the complicated 3 Card Monty game to shield title to that asset? One could conclude (as many have already) the ‘former child actor’ is a notorious bad actor, as evidenced by at least half a dozen cases.

Here’s 1 example http://caselaw.findlaw.com/tn-supreme-court/1651031.html.
A quick trip to court record database www.pacer.gov provides more insight to cases back in ’05 ’06 and ’14 (search civil court module). Three other cases prior to ’05 are not available in the pacer.gov dbase, but through a stealth investigations, those records are purportedly being held pending what could prove to be a blockbusting class action law suit against Glasser.  For full details and links to the actual court cases, click here