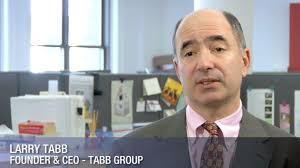 For those who missed the MarketsMuse memo from Jan 14, there appears to be yet another exchange coming to the US Equities markets, as if the industry needs one more platform to facilitate trading in publicly-listed stocks. The latest platform, which is still on the whiteboard, is a consortium-based initiative named “Member Exchange”, whose creators have dubbed “MEMX.” As widely reported, the proposed exchange is being spearheaded by two of the top NYSE Designated Market-Making firms, Citadel Securities and Virtu-both of which are best known for their domain fluency in the world of high-frequency trading and both came to be NYSE DMMs by gobbling up legacy NYSE “specialist firms” after the now 227-year old institution was transformed in 2005 from a member-controlled “non-profit” into a for-profit enterprise, which is now controlled by the $42billion market cap company, Intercontinental Exchange, Inc. (NYSE:ICE).

Joining Citadel and Virtu in this initiative-which vies to compete directly with NYSE, Nasdaq and the assortment of other venues that facilitate trading in listed stocks is a collective of retail brokerage firms (Charles Schwab, E-Trade, TD Ameritrade, Fidelity Brokerage, and Bank of America Merrill Lynch) along with investment banks Morgan Stanley and UBS).  The $70 million question (the amount of capital they’ve put together to seed this initiative) as to why this consortium has been formed and what their game plan is has been a topic of spirited discussion across the sell-side. The moving parts necessarily connect to market data fees, payment for order flow (“PFOF”) and incentive rebates paid to those who provide liquidity to the markets. And most important, who profits the most from the complex fee schemes.

The question is: Why on earth do we need a 14th US equity exchange?

To understand why the brokers feel they need a new exchange, you need to understand a bit of history. Historically, there were two major equity exchanges: the 200-plus-year-old NYSE and the Nasdaq. These were member-owned exchanges that operated like utilities. After some regulatory challenges with the NYSE and Nasdaq, the SEC opened up the exchanges to competition, and a number of new equity matching platforms were developed. These new quasi-exchanges launched in the late 1990s/early 2000s and, while they looked and acted like exchanges, they were called ECNs and operated under a lower regulatory threshold. These platforms automated predominantly the Nasdaq market. In 2005 the SEC passed Regulation National Market System, or Reg NMS, which forced the NYSE to face competition as well.

By the mid-2000’s the traditional exchanges were also allowed to go public as they moved away from member-owned utilities. During the late 90’s and early 2000s, the traditional exchanges bought up the ECNs, and just as it appeared that the market would be reconsolidated under NYSE and Nasdaq, Dave Cummings, the CEO of Tradebot, along with another high-frequency firm, Getco (which became Knight and subsequently was acquired by Virtu), entered into the ECN space with the development of BATS. By 2006 BATS obtained funding by industry participants and it became a quasi-industry consortium.

When BATS entered the market, it provided competitive pressure to keep both Nasdaq and the NYSE in check. However, as BATS grew, an opportunity emerged for BATS to become a full-fledged exchange (2008), go public (2016), and, in 2017, get acquired by Cboe.

Et voilà, the announcement in early 2019 of the Member Exchange. 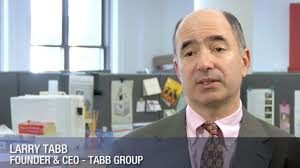 TABB believes MEMX’s initial strategy will include the following:

While BATS started out as an ECN (a lit ATS), the opportunity to become an ECN has become problematic, as ECNs are not entitled to SIP market data revenue, which could easily provide MEMX with $10 to $20 million a year, as IEX with less than 3% market share generates approximately $10 million in SIP revenues. In addition, given the competitive threat, the order routing facilities that used to be operated by some of the smaller exchanges are no longer in operation, meaning an ECN needs to rely on an exchange for universal access, and given the competitive threat, it is unlikely that an exchange owned by the large three providers would develop that infrastructure. So, for MEMX to share in SIP revenues and control its own routing, it needs to become a regulated exchange.

The fastest way to obtain exchange status is to deploy a “cookie cutter” exchange, modeled exactly like an existing exchange. Unlike IEX’s speedbump, which caused a two-year licensing delay, MEMX will most likely employ a standard maker-taker model, with virtually nothing odd or controversial. While the other exchanges may complain about the added complexity of a fourteenth exchange, MEMX’s exchange application will be completely dull and boring, raising no flags with regulators. That will speed up approval and remove any possible SEC delays.

Once approved, MEMX, operating off the BATS playbook, will most likely employ the ‘Crazy Eddie’ “our prices are insane” pricing strategy: MEMX will provide a larger rebate than its cost to take liquidity. This will achieve two goals: first, it will provide an incentive for market makers to provide liquidity; and second, that incentive will be passed back into more aggressive pricing. While most of the high-rebate exchanges have super tiers of 32 mils (cents/share), MEMX will need to provide a higher rebate than 32 mils or provide more clients with access to the 32-mil top tier. Interestingly, these high rebates and the conflicts that it creates, is exactly what the buy-side is railing about, forcing the SEC to implement the new Access Fee Pilot, which I will discuss later.