GameStop Corp (NYSE:GME) $GME share trading during the past days has, if you’ve somehow not heard, proven that an un-coordinated assembly of day traders, enabled and empowered by social media platforms Reddit and WallStreetBets can accomplish what the mob that attempted to take over the capitol in Washington DC could only dream about. Financial Market Anarchists will be the new normal.

By banding together in chat rooms, online forums and Twitter, thousands of novice gamblers have partied together and encouraged each other to buy shares and stock options in GameStop, a company that has merely 70 million shares outstanding and one that has typically reported operating losses for the past 8 quarters, including the most recent, in which the company reported a loss of $63million on $1billion in sales. Despite the anemic business results, the stock price has soared from its Jan 11 price of $20 to over $365 in after-hours trading Jan 27. 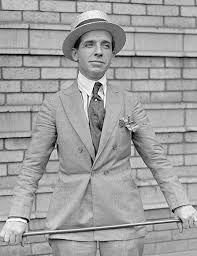 Hysteria? Stock Manipulation? Irrational Exuberance? Pump and Dump Scheme? Ponzi Scheme? Collusion? There are dozens of adjectives being used by the universe of long-time stock market investors, so-called Wall Street research analysts, and the many pundits appearing on CNBC. “The crazies have taken over the lunatic asylum” according to skeptics who can’t fathom the notion that GameStop, which has traded at $1billion-$2billion market throughout the past 10 years, can become a $35billion market cap inside of two days. The stock is up 3500% within the past 12 months

That said, GameStop, which has a 35 year operating history and first came public in 2002 is a Fortune 500 company. It is best known for operating a chain of 5000 retail stores that sell video game devices and other paraphernalia for video gamers is, according to some people, poised to get to the other side of the grueling hit to their business inflicted by the Covid-19 pandemic by shifting to a full-scale digital business model.

Yes, two weeks ago, the company brought on Chewy Inc (NYSE:CHWY) CEO Ryan Cohen to serve as board member. Cohen took his pet food company public 18 months ago at $35 per share and his company’s stock has soared to over $100 in recent trading.

This is good news for GameStop, we suppose. We can also suppose with 100% confidence that GameStop will exploit the current mania for its stock by selling many millions of shares at the recent inflated prices. Wall Street traders are guessing that GameStop could float 10million shares without impacting the recent price, and take in several billion dollars of cash into its treasury. They could pay down the entirety of their outstanding debt (approximately $1billion) and have several more billion to play with. In fact, the company could start to manufacture tulip bulbs and its likely they will sell billions to their old and their newest fans.

Does $2billion in cash on their balance sheet, and operating losses predicted for the next few quarters equate to an enterprise value of $30 billion? Why not? The stock market has been over-run by GenZ day traders whose only concept of investing is following the herds on social media and perhaps more important, banding together to prove the Wall Street analysts and short-sellers know nothing and deserve to be humiliated.

Unlike down and out scammers such as crypto criminals Andrew Katz and Matt Krueger (profiled here previously), anyone who believes the SEC can stop online forums for serving as the military headquarters for what seem like bandit stock and option traders is wrong. Hell will freeze over before regulators can try to stop what is taking place in the financial markets. Get out of the way dinosaurs, if you’re a short-seller, you’ll be extinct before this party comes to an end.