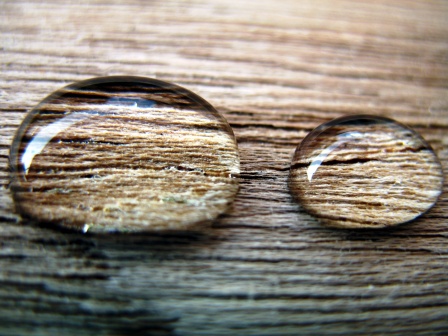 MarketsMuse update courtesy of extract from Jan 23 Wall Street Letter, followed by our own comments (thanks to our Exec Editor’s providing more than average knowledge of corporate bond trading and the assortment of electronic exchange initiatives intended to increase transparency and liquidity in the corporate bond marketplace, one that is notorious for being a less-than-transparent over-the-counter market place)

Buy-side firms are experiencing difficulties executing corporate bond trades of more than $15m, a study by Greenwich Associates has revealed.

According to the findings, 80% of the institutional investors report troubles when executing larger trades, which reflect a decline in market liquidity caused in large part by the pullback of fixed-income dealers in the wake of new and more stringent capital reserve requirements.

With dealer inventories shrinking, investors’ search for new liquidity providers is proving a boon to the fast-developing ranks of electronic trading platforms.

All-to-all trading, previously unheard of in corporate bond markets, accounted for an estimated 6% of electronically executed US trades in 2014 as a sign that market dynamics are evolving, the report said.

The report entitled US Corporate Bond Trading: A Multitude of Platforms Give Investors Options, identified 18 emerging electronic platforms competing for the corporate bond trading in the US.

Kevin McPartland, head of market structure research at Greenwich Associates, said: “In an over-the-counter market that averages only 25,000 trades a day, there is only room for two or three platforms per product segment.”

“Expect the larger established firms to move the most quickly, and smaller names to grow within their chosen niche until the time comes for them to get wrapped in with a bigger marketplace in an effort to consolidate liquidity,” he added.

According to the report, MarketAxess’ Open Trading and Tradeweb’s US. Corporate Bond Marketplace were the top two platforms cited by investors who have already traded on them, with MarketAxess the volume leader.

“It should come as little surprise that these two fixed-income veterans are gaining so much attention in the corporate-bond liquidity discussion,” said McPartland.

A deep understanding of the individual offering make a direct comparison difficult if not impossible, however a goal to improve investor access to corporate bond liquidity remains the common thread.

A MarketsMuse add-on for those who seek deeper understanding:

Even as the corporate bond market added almost $800bn in new issuance in 2014, daily trading volume has averaged only $18.2bn – a fraction of the market’s $9.2tn size. By comparison, the $11.3tn US Treasury market has experienced average daily trading volume of $655bn in 2013, according to Sifma data.

Many Wall Street banks have experimented with setting up electronic bond-trading platforms in the hopes of boosting turnover – and trading commissions – by mimicking the evolution that took place in the stock market in the early 2000s.

But the platforms have been slow to take off and face idiosyncratic problems related to the nature of corporate bonds. Unlike stocks, the bonds come in a wide variety of maturities and coupons, making it much harder to match buyers with sellers.

A number of investors say they are distrustful of the bank-run platforms and are waiting for a “multidealer” trading venue that can act more like a big stock exchange.

Over the summer, after the bout of volatility sparked by Mr Bernanke’s comments and as the market entered its seasonal lull, bond-trading platforms at Morgan Stanley and Goldman all but shut down rather than improve liquidity.

That prompted a search for alternative solutions. BlackRock, the world’s biggest fund manager, suggested companies standardise their bond issuance to make it easier to match buyers with sellers.

“The back-up in interest rates is a stark reminder that low rates and easy funding access by companies will not last forever,” says Richard Prager from BlackRock. “There is no silver-bullet solution and it will take more time for the fixed-income market to evolve than anyone will like.”

Lack of liquidity in the secondary bond market has led to an unusual development in the financial industry – an attempt at co-operation. Last year the buyside investors who purchase corporate bonds met in Boston with the sell-side banks that source the debt. All agreed that the structure of the fixed-income world had changed and liquidity had become an issue. They did not agree on how best to fix it.

Some officials argue that boosting liquidity in the market will only help at the margin should the corporate bond bubble burst. Regulators also suspect that banks may be lured back into their old wheeling and dealing role in the debt markets if bond prices begin to drop significantly.

Other market participants say that even then the biggest banks will be constrained by new capital rules and Dodd-Frank. “As soon as the dealer gets out of balance to a point where he can be accused of prop trading, he says I’m not doing it,” says Mr Zwirn at Arena Investors.

“The dealer firms are saying Dodd-Frank – they shout it at you,” says Mr Fuss at Loomis Sayles. “That’s true to a point but the other point is that it’s pretty clear to most of the world that interest rates are heading up.”

Sixteen months since the meeting in Boston, the industry is yet to come up with a cohesive solution to decreased liquidity in the fixed-income world, and the day of the Fed’s tightening has only drawn nearer.

“What we went through between May 22 and June 24 was kind of like a tremor. It wasn’t the earthquake,” says Mr McDonald.