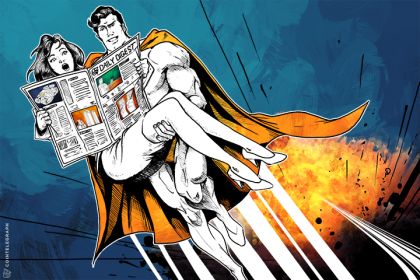 What’s Next for Option Markets? A CFTC regulated platform for bitcoin options; NY-based firm gets approval to trade puts and calls on cryptocurrency.

For bitcoin aficionados, the road to legitimacy has been pockmarked with obstacles and detractors, including those who have insisted that bitcoins are the currency of money launders, drug dealers and illegal arms dealers, as well as those who believe ‘bitcoin is a massive Ponzi Scheme’. In the meanwhile, the price of a bitcoin has increased exponentially in the last 12 months alone and has vaulted past the price of gold–which has historically been the back-up currency of choice for those hedging fiat currencies of sovereign governments.  But, innovation and disruption knows no barrier or limits, demonstrated by fact the US CFTC has put its impromptu er on New York-based LedgerX, which will be the first regulated platform to trade options contracts on cryptocurrency.

“A U.S. federally-regulated venue for derivative contracts settling in digital currencies opens the market to a much larger customer base,” Paul L. Chou, LedgerX CEO, said in a separate release from the trading firm.

“We are seeing strong demand from institutions that previously could not participate in the bitcoin market due to compliance restrictions against unregulated venues,” Chou said, noting a desire for assets that aren’t correlated with the broader stock market.

The firm plans to launch bitcoin options in early fall, and ethereum options “within a few months,” Chou told CNBC in a phone interview. That will mark the first federally supervised options venue for bitcoin.

LedgerX received an order of registration as a Swap Execution Facility on July 6.

The firm primarily operates in New York and said in May it raised $11.4 million in a Series B round of financing led by Miami International Holdings and Huiyin Blockchain Venture Investments.

The CFTC noted that its Division of Clearing and Risk also issued Monday a letter “exempting LedgerX from complying with certain Commission regulations due to LedgerX’s fully-collateralized clearing model.”

Chou said the exemption was due to LedgerX’s plan to “not allow very leveraged trading.”

The authorization “does not constitute or imply a Commission endorsement of the use of digital currency generally, or bitcoin specifically,” the CFTC said in a release.

Bitcoin traded Monday afternoon about two-thirds of a percent higher, near $2,780, while ethereum traded about half a percent lower, near $225, according to CoinDesk.