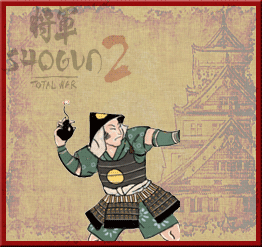 Below excerpt from Dec 10 edition of global macro strategy newsletter “Sight Beyond Sight” includes insight for those tracking events in Asia and China-related ETFs. When scrolling to the bottom of this post, MarketsMuse readers will appreciate why we regularly cite the Sight Beyond Sight newsletter—the conclusion of this post displays the out-performance of SBS publisher Rareview Macro LLC’s model portfolio.

There are three major points we would like to make after the overnight price action in China.

The first is liquidity related and what actually drives that stock market. The second is inflation related and looks at what, at least partially, drives the rest of the world. The third is a rebuttal to the “bomb throwers” who continue to suggest that China has entered a phase of deliberately debasing its currency.

At no point during the recent stock market rally has any dogmatic bear on China been willing to concede that the stock market (i.e. liquidity) and the profit cycle (i.e. deflation) during cyclical episodes, such as the one we are witnessing right now, can have a meaningful divergence.

But they should note that the last time the SHCOMP outperformed the H share index due to an A share rally was back in 2006 and came at the start of rally of more than 200% for both indices and from a PE level that was more than two times the current levels. (Hat Tip: Aviate)

Additionally, with Macau struggling, real estate still contracting on aggregate, and Gold a weak trading tool, the stock market is the “vogue thing to do” at the moment. Fashion is important in China, just like anywhere else.

We can only imagine what will happen if the household sector shifts some of the assets invested in Wealth Management Products (WMP) into the stock market instead. For some clues on that look at these statistics from PRC Macro, who are one of the few analysts we know of who attempt to track WMP:

Last month our sample reported allocating the highest proportion of disposable income to WMPs on record since we began conducting this survey: 33.4%, up 0.95% over October. Similarly, they also reported the highest proportion of holdings of alternative savings products to total household savings to date: 68%, up 3.3 percentage points over October.

Combining our monthly WMP Survey and Index data with results from our quarterly Household Balance Sheet Survey, we estimate that a 1 percentage point increase to the proportion of monthly savings allocated to WMPs is equivalent to close to RMB 10 billion in funding. For those households investing in WMPs, a 1 percentage point increase to the proportion of WMPs to their total accumulated savings is equivalent to around RMB 185 billion in funding. The same numbers provide our baseline for estimating the magnitude of potential new inflows into the stock market from this segment of the population.

In the clearest example yet of new liquidity coming into the market, China Securities Depository and Clearing (CSDC) announced that new stock accounts in the week of Dec 5th rose over 60% to 598K – the highest total since 2009. This data set was released overnight to put the freshness in context. As you can now see, the correlation to the Shanghai Shenzhen CSI 300 Index (symbol: SHSZ300) is very high. Until new account openings stop, or else the correlation breaks down, picking a top in this stock market is a very hazardous thing to do.

In the end, what are the “bomb throwers” going to say exactly if ~500 billion CNY clips of liquidity (i.e. every 50 bps in RRR) are unleashed in the market alongside stock market account openings and the possible re-allocation to equities from WMP’s?

Finally, what many of the “bomb throwers” out there focused on a looming FX war and arguing that China is entering that debasement phase will not say is that while the Chinese Yuan (CNY) has been weakening the People’s Bank of China (PBoC) still continues to set a much firmer fixing to defend the currency. For example, the midpoint was set at 6.1195 against the US Dollar today, the strongest level since March 3rd. We are not especially smart but that does not sound to us like an institution looking to weaken its currency, especially considering lowering the daily fixing has been their default exercise just about every day while the currency has been depreciating.

To rebuke the “bomb throwers” one step further, the commentary last night from the Chinese Academy of Social Sciences (CASS) is noteworthy as they are a top think tank in Asia and the premier academic institution in China. Researcher Yi Xianrong said: “A depreciating currency won’t become an international currency; the yuan will remain within a +/- 3% range”. (Economic Information Daily)

Not to worry, the “bomb throwers” will at some point be right, just as a broken clock will tell you the right time twice a day. In the interim, we prefer to speculate during these periods rather than hold onto a dogmatic position. In that spirit, we remain committed to the long iShares China Large-Cap ETF call option position in the model portfolio (12,750 FXI 1/17/15 C42) on these views… “