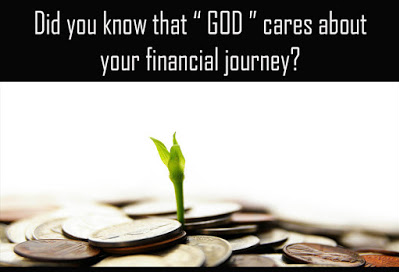 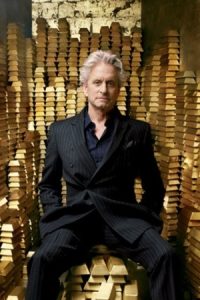 It didn’t take Michael Douglas aka Gordon Gekko to remind investors that Greed is Good or that Sin Stocks (aka Vice Stocks) have long been the traditional vehicle to benefit from this investing thesis. Those trafficking in Booze, Butts, the other kind of Butts, Betting, and Bullets (as well as companies within Warren Buffet’s Berkshire Hathaway portfolio!) are notable components to the leading equity market indices and its easy to pick out a wide swath of companies within  the S&P 500 and Russell 2000 that are selling so-called sinful stuff and performing just fine, thank you. But, even if so-called President Trump made it perfectly clear that crotch-grabbing is permissible for [certain] people, POTUS does eschew smoking and drinking (but not gambling!) and companies whose products or services offend faith-based focused investors are blasphemous to the truly compliant. So what’s a God-fearing or God-loving investor to do? They can go to Global X and embrace The Global X S&P 500® Catholic Values ETF (NASDAQ:CATH) –which has returned nearly 15% since its April 2016 launch (inclusive of dividend) or you can get even more inspired by taking communion with Inspire Investing, the newest exchange-traded fund Issuer that is offering two Sin-Free ETFs.

The holdings of these funds are determined by Inspire Investing’s “Inspire Impact Score.” The gauge evaluates securities based on what the firm sees as their “alignment with biblical values and the positive impact the company has on the world through various environmental, social and governance criterion.”

The prospectus for the three ETFs filed with the U.S. Securities and Exchange Commission discusses some corporate behaviors or affiliations that would exclude a given security from the funds. The methodology removes any company that has any degree of participation in certain activities:

As the Bible says “Give credit where credit is due”, this MarketsMuse curator is obliged to credit Bloomberg LP’s Luke Kawa and NYT Dealbook’s Liz Moyer with the coverage…

If you’ve got a hot tip, a bright idea, or if you’d like to get visibility for your firm through MarketsMuse.com via subliminal content marketing, advertorial, blatant shout-out, spotlight article, etc., please reach out via this link

(DealBook) By LIZ MOYER 01 March 2017 Serving both God and money has long been an aim of fund companies that exclude “sin stocks” of companies dealing in tobacco, guns, gambling and the like in their investments.

Now, two new exchange traded funds offer a conservative evangelical — what is called “biblically responsible” — tilt to that investing approach. The funds explicitly say in their regulatory filing that they will avoid buying shares in companies that have “any degree of participation in activities that do not align with biblical values,” including what they call the lesbian, gay, bisexual and transgender “lifestyle.”

The approach is squarely at odds with that of nearly all of corporate America, and there is plenty of academic evidence that supports the notion that Vice aka Sin Stocks provide compelling returns, per excerpt below from Forbes April 2015 edition

Academic studies support the argument for vice stocks that underpins the Barrier Fund, finding the group has “less institutional ownership and less analyst coverage than otherwise comparable stocks” and that social norms have “significant price effects.” According to researchers from Princeton University and the University of British Columbia, “sin stocks outperform comparables even after controlling for well-known return predictors.”

In February, Credit Suisse published a study out of the London Business School that found more of the same. The piece, authored by Elroy Dimson, Paul Marsh and Mike Staunton, noted that Sullivan’s vice-focused fund easily outpaced the returns of a Vanguard fund tracking a socially-responsible index of stocks since 2002.

“[M]uch of the evidence that we review suggests that ‘sin’ pays,” the study found, highlighting the key elements that make vice stocks compelling investments. “The rationale for ‘vice’ investing is that these companies have a steady demand for their goods and services regardless of economic conditions, they operate globally, they tend to be high-margin businesses, and they are in industries with high entry barriers.”

“There are millions of people, including people of faith, for whom discrimination is not a biblical value,” said Mark Snyder, the director of communications for the Equality Federation, a national advocacy group. “Businesses have been leading the fight for full equality over the last few years. L.G.B.T. people are part of the fabric of our nation. We have families, we go to work, we simply wish to be treated equally.”

The chief executive of the company that introduced the two new funds, Inspire Investing, says he has no problems with companies providing benefits to lesbian, gay, bisexual and transgender employees and having nondiscrimination policies. “As Christians, we love our neighbors in the L.G.B.T. community and encourage companies to provide equal employee benefits for all,” said the chief executive, Robert Netzly.

But he added, “A company deciding to spend money and time to pursue a hard-line activist agenda that has nothing to do with their core business is a different issue, and is a waste of investor dollars.”

Issues investing — some call it “socially responsible investing,” which includes the “E.S.G.” (environmental, social and governance) style of investing — has been a hot business in recent years. Major investors like the pension fund behemoth known as Calpers have made it a part of their philosophy, even though the strategy has costs in lost investment opportunity. Last year, for example, Calpers re-endorsed its ban on tobacco stocks, though staff recommended the opposite.

“The minority are a success, and the majority are flops,” said Ben Johnson, the director of E.T.F. research at Morningstar. “It’s spaghetti slinging.”

The new funds would hardly be the first religion-oriented investment products. An earlier group of funds tracking Baptist, Catholic, Lutheran, Methodist and, more generally, Christian, values came out in 2009 but folded in 2011 with just $2 million, Morningstar said.

Last year, Global X introduced a fund that adheres to the values of the Roman Catholic Church, and it has taken in $87 million in assets, according to Morningstar. The idea came from conversations with clients that invest on behalf of Catholic groups and foundations, which follow the guidelines set out by the church, he said.

Shares of Berkshire Hathaway, whose chief executive, Warren E. Buffett, has been a major donor to Planned Parenthood, would not make the cut, he said. Nor would Apple, Mr. Netzly said, claiming that pornography can be purchased through iTunes. (An Apple spokesman said pornography is not permitted.)

Companies like Amazon that have publicly supported gay marriage also would not pass muster. “Any company that takes a hard-line approach” to the issue would not pass the test, Mr. Netzly said.

On the other hand, shares of Tesla Motors and Under Armour would.