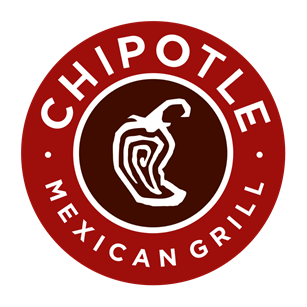 MarketsMuse.com ETF update is courtesy of exclusive reporting by Todd Shriber of ETFtrends.com with a tasty title:

No Burritos for ETF Investors as Funds Skimp on Chipotle

Shares of Chipotle (NYSE: CMG) have risen more than fivefold over the past five years. That performance and an almost $700 price tag solidify Chipotle’s status as storied, once-in-a-lifetime consumer discretionary growth stock on par with Netflix (NasdaqGS: NFLX) and Priceline (NasdaqGS: PCLN).

However, with Chipotle set to deliver its first-quarter earnings today after the close of U.S. markets, exchange traded fund investors are reminded of the difficulties of accessing the burrito maker’s shares via ETFs.

Just two ETFs feature Chipotle as a top 10 holding, according to S&P Capital IQ data. The PowerShares Dynamic Leisure and Entertainment Portfolio (NYSEArca: PEJ), which in the past has garnered weights of roughly 5% or more to Chipotle, currently does not own shares of the stock.

Lack of ETF access to Chipotle is punitive given the company’s penchant for delivering blow-out results.

“Consensus estimates call for EPS of $3.64, vs $2.64 a year earlier (+38%). The company has beat estimates in the past three quarters. Consensus for all-important comparable-store sales is +11.6%. This compares with with +16.1% in the fourth quarter of fiscal 2014. The other metric to watch out for is gross margin – in the fourth quarter, food costs grew 110bps and held back margin progression,” said Mischler Financial Group analyst Neil Currie in a note out today.

“Regarding comp-store sales, we think there is some potential for consensus to be beat. While the consensus estimate would represent a two-year stack of +25.0%, similar to Q4, we think three-year stacks have proved an important metric for CMG. Based on this consensus, the three-year stack would be +26.0%. This compares with around +30.0% for the past three quarters. It is conceivable that CMG’s reported comp-store sales could reach the 14-15% mark on this basis,” adds Currie.

TO READ THE ENTIRE STORY FROM ETFTRENDS.COM, PLEASE CLICK HERE