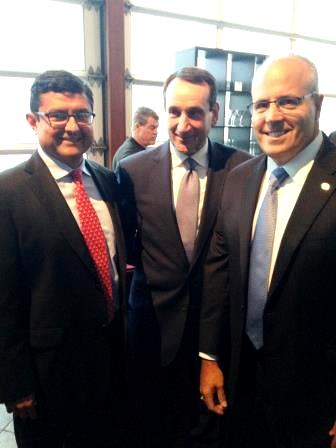 MarketsMuse extends a warm salute to the nation’s oldest and largest minority brokerdealer owned and operated by service-disabled military veterans in connection with the following news announcement..

Oct 5 2015–Stamford, CT and Newport Beach CA–Mischler Financial Group, Inc., the financial industry’s oldest and largest institutional brokerage and investment bank owned and operated by Service-Disabled Veterans is pleased to have served as a Silver Sponsor for the 2015 Army Ranger Lead The Way Fund Gala. Silver Sponsors contributed a minimum of $25,000; proceeds to

are dedicated to support service-disabled US Army Rangers and the families of Rangers who have died, have been injured or currently serving in harm’s way around the world.

Mischler Financial’s VP of Capital Markets Robert MacLean (USMA ’02), who served seven years as a US Army Ranger and is a two-time recipient of the Bronze Star, served as a member of this year’s Lead The Way Fund Host Committee. MacLean shared that honor with a short list of military veterans who have since forged a path on Wall Street at firms that include among others, Goldman Sachs, JPMorgan, UBS, Credit Suisse, Barclays, and Fortress Investment Group.