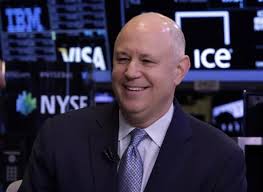 For those who might have missed it, Jeffrey Sprecher (pictured above), the CEO of Intercontinental Exchange, which owns the NYSE, is determined to put the genie back in the bottle by turning back the market structure changes that have taken place over the past 10 years, including the surge of “dark pools” hosted by leading investment banks which internalized all institutional order flow and the dominant use of complex “maker-taker” fee models that exchanges have provided as a means of capturing order flow to their venues. 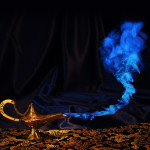 As reported by the WSJ  2 days ago, Sprecher has been negotiating with all of the major banks that operate dark pools and offering a %90 reduction on NYSE exchange fees if those banks will send the order flow back to the NYSE. According to the latest news, those banks are apparently on-board with the notion proposed by Sprecher, yet KCG, the group formed by Getco and the former Knight Capital, a major “market-maker” is opposed.

Here’s an excerpt from the story by WSJ’s Bradley Hope and Scott Patterson:

“..Under the proposal, the NYSE would drop the fee for trading stocks at its exchanges to five cents per 100 shares from 30 cents per 100 shares, the people say. Banks, in turn, would accept a rule known as “trade at” that would give more precedence to the stock exchanges for most orders. A trade-at rule would mandate that stock trades take place on exchanges unless private venues offered a better price. Advocates of the rule say it would force a significant chunk of the stock trades that occur away from exchanges back onto them.

Credit Suisse AG, which operates the largest dark pool in the world, has endorsed the proposal, according to a person familiar with the matter.

“We’re actively involved in discussions with ICE and we are optimistic about the proposal yielding positive results,” said Jamie Selway, a managing director at Investment Technology Group Inc., a brokerage that operates a dark pool.

Last month, Nasdaq announced it was drafting a pilot program that would test the effect of lowering trading fees on a group of stocks. The pilot is scheduled to begin in February.

The NYSE proposal would require approval by the Securities and Exchange Commission and is likely to face opposition. Among the critics is KCG Holdings Inc., a brokerage firm that operates dark pools and a business that matches up retail stock trades.

“Mandating trading on exchanges is an elephant-gun approach motivated by commercial interests of a handful of market participants,” KCG said in a statement Wednesday.

The ICE proposal has been in the works for more than a year, according to people familiar with the situation.

Mr. Sprecher and Thomas Farley , the ICE executive appointed as president of NYSE Group, began discussing a variety of changes to their markets, including a reduction in fees, with Wall Street firms about nine months ago, according to a person close to the discussions. The goal was to try to get long-term investors such as mutual funds, as well as banks and high-frequency traders, to unite behind a broad restructuring of the market that included lower fees, the person said. Credit Suisse became more deeply involved in the discussions several months ago, the person said.”

The full WSJ story is here