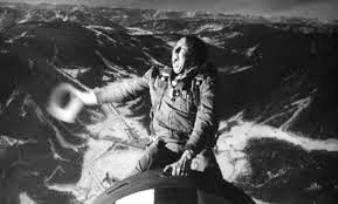 If we had to pick one asset that we all were led to believe mattered in the context of a “Grexit” over the last five years, and that was supposed to react to that event, it would be Gold. It should be up $50 at a minimum and yet it can barely hold a bid. If you feel bad for the citizens of Greece, then please save a little sympathy for the Gold terrorists at the failure of the yellow metal to respond today. Next week, if things get worse, and gold still fails to respond, that could be the final nail in their coffin. At least there will be one good outcome to the whole sorry saga. END_OF_DOCUMENT_TOKEN_TO_BE_REPLACED

As if it were a segment in “Orange is the New Black,” the price correlation between Crude Oil (aka Black Gold) and the Yellow Metal continues to swing like a chandelier in a windy mansion. Below extract courtesy of Neil Azous, from today’s a.m. edition of Rareview Macro’s Sight Beyond Sight summarizes the current correlation in a crisp way…

Firstly, Brent Crude Oil is showing the largest negative risk-adjusted return in Commodities. This morning, the “barrel” has broken through yesterday’s low and overall has now retraced over 50% of the Iraq/ISIS move higher seen in June. Below is a regression analysis between Brent Crude Oil and Gold for three time periods related to Iraq/ISIS: Before, Height, and Current.

By the way, it was reported that assets in the SPDR Gold Trust (symbol: GLD) rose +1.4% to 796.39 metric tons in the two sessions through yesterday. To put that in context, that is the largest two-day gain since November 2011 and it is just one example of the new found retail length in Gold. The other was in CFTC futures positioning which professionals use to gain exposure. END_OF_DOCUMENT_TOKEN_TO_BE_REPLACED