MarketsMuse blog update profiles how the increasing interest in bitcoins is leading some investors in opening bitcoin financial services firms. Many believe that this move can help reduce the volatility and increases favorability of bitcoins.  This update is courtesy of the Wall Street Journal’s article, “Big Investor Involvement Could Boost Bitcoin“, with an excerpt below.

Some of the U.S.’s biggest proprietary traders and investors are testing the waters for a bigger move into bitcoin, giving a potential boost to the fledgling virtual-currency industry.

While still cautious of becoming exposed to “cryptocurrencies,” some of the firms, which trade with their own money on the.ir own behalf, say they see potential for big profits in trading bitcoin as more investors enter the market and financial-services firms use the currency to streamline transactions.

Their involvement could help reduce volatility in the market for bitcoin, which has struggled to gain legitimacy in part because of concerns about wild swings in its price.

Among the companies at the forefront of this move is DRW Holdings LLC, a high-frequency trading firm in Chicago founded by former options-pit trader Donald Wilson in 1992. DRW is a founding investor in a new bitcoin financial-services firm called Digital Asset Holdings that launched last month. Cumberland Mining & Materials LLC, a DRW subsidiary, has “begun to experiment with cryptocurrency trading,” DRW said.

To continue reading the article on bitcoin firms from the Wall Street Journal, click here. 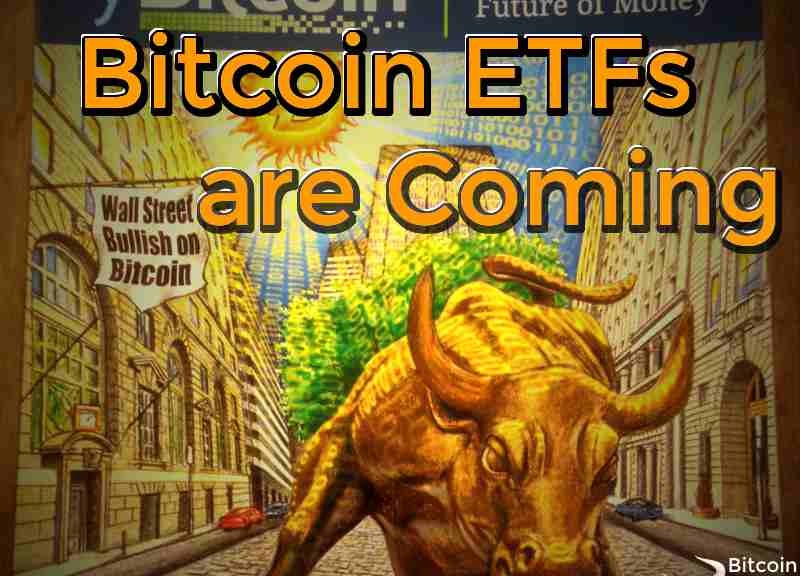 Much of the bitcoin community is excited at the prospect of a bitcoin ETF due to the assumption that it could bring many new speculators into the market. After all, if everyone with access to assets traded on the NASDAQ can just as easily trade bitcoin in the same account as their other investments, it’s possible that more traditional investors may take a shot at the digital currency.

I reached out to BTC China Senior Business Development Manager Greg Wolfson to get his reaction to the possibility of a bitcoin ETF becoming a reality in the near future. When asked what a traditional bitcoin exchange can offer that won’t be found with a bitcoin ETF, Wolfson was quick to point to zero-fee trading. The trend of offering free trading has become a popular way for new bitcoin exchanges to make a name for themselves, and this is something that simply cannot be offered by a bitcoin ETF.

When trading an ETF, you’re always going to have to pay brokerage fees and the expense ratio, which is used to pay the costs of operating the ETF. For example, GLD — on which the Winkless ETF is based — has a 0.40% expense ratio. You can bet that a bitcoin exchange will not charge you money simply for holding onto your bitcoins throughout the year — although leaving your bitcoins on an exchange for long periods of time is also not recommended.

“On the other hand, the the ETF will be regulated by the SEC and therefore, open to many types of institutional investors that are otherwise prohibited from investing in bitcoin.”

Wolfson went on to explain certain trading options that are unique to bitcoin exchanges in his full response on the matter:

“An ETF may best fulfill the needs of individuals who want to simply hold bitcoin, but exchanges still offer a diversity of trading options that set them apart. Zero-fee trading, derivatives, cross-trading with altcoins, and direct access to BTC, to name a few. On the other hand, the the ETF will be regulated by the SEC and therefore, open to many types of institutional investors that are otherwise prohibited from investing in bitcoin.”

Although Wolfson did not mention insurance in his comments regarding the bitcoin ETF, it’s possible that this could be another opportunity for bitcoin exchanges. As mentioned in a previous article, there is no insurance to be found for shareholders of the Winklevoss Bitcoin Trust (COIN).

As we’ve seen in the past — and as recently as a few weeks ago with the Bitstamp hack — thefts are a rather common occurrence in the bitcoin world. An exchange that decides to offer insurance for all deposits — outside of user error — could offer peace of mind to the paranoid trader who doesn’t want to worry about a possible MtGox fiasco. The only bitcoin companies that seem to be bragging about their insurance coverage publicly are Coinbase, Xapo, and Circle; none of which are useful for even moderately high frequency trading.

For the original article from Inside Bitcoins, click here

Tyler and Cameron Winklevoss are fighting for approval from regulators for their proposed bitcoin exchange-traded fund. They stand a chance because Spiderwoman is on the case.

So nicknamed for her work on State Street Corp.’s “Spider,” the first ETF when it came to market in 1993, Kathleen Moriarty is the lawyer attempting to shepherd the Winklevoss Bitcoin Trust through the U.S. Securities and Exchange Commission. The twins, famous for their dispute with Facebook Inc. founder Mark Zuckerberg, aim to roll out the first ETF that invests in a virtual asset, an idea that has its skeptics.

MarketsMuse Editor Note: On the heels of the recent announcement that the proposed Bitcoin ETF aka “Winklevoss Bitcoin Trust” with slated ticker symbol COIN is about to be bankable by ETF traders and investors, below extract courtesy of Traders Magazine Online News, July 15, 2014, written by Gregg Wirth

Bitcoin, the crypto-currency that initially became infamous as the tender of choice for drug traffickers and mercenaries, may be coming to a trading desk or institutional portfolio near you – and sooner than you think.

“2014 is going to be the year Bitcoin hits Wall Street,” said Barry Silbert, founder and CEO of SecondMarket, a capital-raising platform for private companies and investment funds. Indeed, there is a growing consensus in some corners of Wall Street and the buyside community that the $7.8 billion  Bitcoin industry is going to become the new, flashy darling of investors, with dedicated digital currency funds, venture capitalists and asset managers all chasing after those 12 million bitcoins currently in circulation.

“Digital currencies like Bitcoin are not going away,” Silbert explained. “And Wall Street and the regulators know this, they’ve studied how to deal with it, and now they are starting to understand its potential.” SecondMarket has gone heavy into the Bitcoin phenomenon, launching the Bitcoin Investment Trust, a $70 million open-ended trust that invests exclusively in bitcoins, as well as a dedicated desk of 10 traders who buy and sell bitcoins for the trust and other institutional clients. SecondMarket is also creating what it hopes to be the largest, best-capitalized and well-run Bitcoin exchange in the U.S., and is enlisting banks and Bitcoin-related firms to be exchange members. END_OF_DOCUMENT_TOKEN_TO_BE_REPLACED