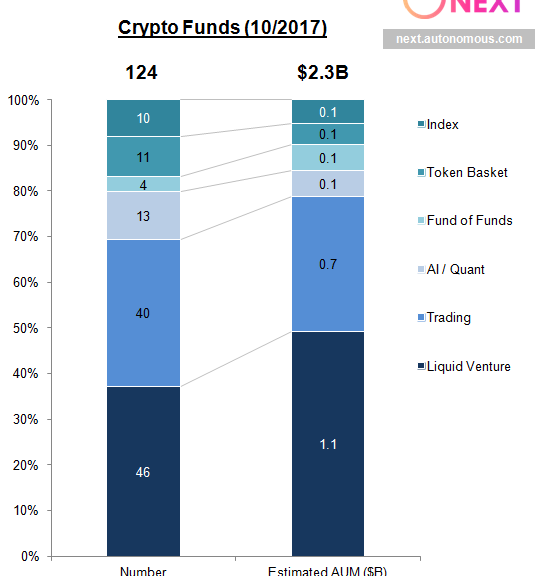 Crypto Hedge Funds Get Their Greenwich On. If the MarketsMuse curators have avoided bidding on and publishing tick-by-tick coverage of “crypto mania” and bitcoin bubblelicious bytes akin to our media industry brethren, its only because we were arguably a pioneer when, starting in 2014, we first started framing the bitcoin and distributed ledger evolution under the label fintech. OK, one of our editors was conflicted–having purchased a few bitcoins back when paying $100 for the cryptocurrency caused laughter from peers with CT license plates on their Teslas. What a difference a day makes (ok, lets call it a few hundred days).

Every famous hedge fund wonk, from Steven Schonfeld to “Stevie” Cohen, and tens of dozens of others have either carved out a crypto trading strategy or are planning to do so. After all, volatility is every trader’s elixir and now that CME, CBOE, NASDAQ and as of Dec 20 announcement, NYSE ARCA have all blessed bitcoin, the opportunity to trade crypto derivatives on a regulated exchange is impossible to resist for the ‘hedgies.” Even Thomas Peterffy, the hard-charging Republican and multi-billionaire founder of Interactive Brokers, has walked back on his earlier position in which he said he would not allow IB customers to trade bitcoin products; now they can when they post the required margin. Hey, Thomas’s membership fees at Mar-a-Lago are going up and if bitcoin trading can create a new commission silo for the “Professional’s Gateway to the World’s Markets”, it makes sense to get in on the action. (Breaking News: NYSE ARCA TO LIST 2 BITCOIN ETFS).

As reported by WSJ’s Dec 20 column, “Big Hedge Funds Want In On Bitcoin”-— Already, there are around 20 funds, managing a total of roughly $2 billion in assets, that solely or predominantly trade cryptocurrencies, as tracked by an index compiled by Chicago-based data group HFR. The asset total highlights how it has largely been smaller funds that have traded bitcoin, though HFR President Kenneth Heinz says the number of funds could double in size in the first quarter of 2018.

OK $2b is “Peanutsville” when it comes to the trillion dollar  hedge fund industry which deploys capital across multiple asset classes and strategies.  But, according to the WSJ story, as well as off-line conversations with HF titans,  lots of folks who might have been allergic to peanuts are now looking to put on spreads with LEAP style maturity dates.

Lest one  forget, a whole bunch of smarty pants types in VC land dismissed two twins by the name of Winklevoss for claiming to have been the brains behind Facebook. Even their lawyers laughed at them when they insisted on taking then private shares in FB instead of $50m in cash when Mark Zuckerberg offered to settle the ‘misunderstanding.’ The shares soon became worth $300m and the twins then parlayed some of that into buying up 1% of the bitcoin market. The Winklevoss boys were laughed at again when they were the first to file for a bitcoin-based exchange-traded fund (ETF).  As their initial $10m stake in bitcoin blossomed into $1 Billion (on paper), those twins also created what is viewed as the most robust electronic exchange in the bitcoin ecosystem and is arguably worth as much as $1b also–just because someone would likely pay that much to take over the system.

Evan Fisher of Prospectus LLC, a global consulting firm that provides hedge fund set up guidance, business plan writing services, preparation of investor offering documents and more recently, whitepaper writing and ICO offering documents, sums it up by saying, “The calculus for hedge fund players allocating risk to this new asset class is pretty simple, if their peers are diving in, they need to.”