(Traders Magazine)- According to the ETF curators at MarketsMuse, “..If you’re going to dominate the ETF space, you should own your own exchange..” and with that,  Canada’s upstart Aequitas Neo Exchange has landed its first listed exchange traded fund in Canada – from mega money manager Invesco, whose Canada counterpart Invesco Canada is also an investor in Neo.

The new exchange, which launched in March 2015,  announced it has received its first listing application from PowerShares Canada. The Invesco-sponsored fund  has filed a preliminary prospectus with Canadian securities regulators for PowerShares DWA Global Momentum Index ETF, and applied to have the ETF listed on NEO.

According to NEO, this listing will be the first in a series of new listings expected on NEO in the coming months, demonstrating the

importance of competition to drive innovation and efficiency in the Canadian capital markets.

“With a shared vision of bringing competitive and innovative solutions to the Canadian capital markets, Invesco Canada is the perfect partner to kick off the listing business on NEO,” stated Jos Schmitt, President and Chief Executive Officer of NEO. “We have designed our listings offering to ensure we optimize the investor experience. We look forward to meeting the needs of companies and investment products who choose to list on NEO.”

“We have completed our due diligence on NEO’s operations, including its trading and market data business, and we are impressed with what we found,” added Peter Intraligi, President, Invesco Canada. “Through innovative and competitive investment products, we strive to give investors new opportunities to achieve their long-term financial goals. Invesco is a strong advocate of free market competition, as we believe it spurs innovation, which ultimately benefits investors.”

For the full story from Traders Mag, click here 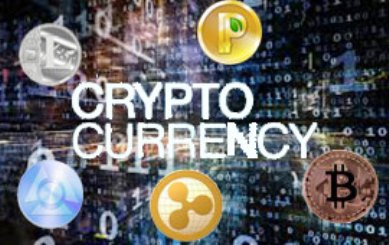 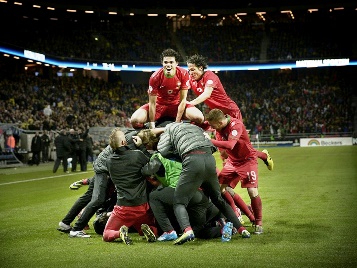 A pile on approach is impacting hedge fund emulator ETF products (e.g. $GURU, $ALFA), and leading to crowd control issues, according to a recent Bloomberg article re-distributed via TradersMagazine story with title:

(Bloomberg) — Exchange-traded funds designed to mimic the strategies of hedge funds are mimicking their way into some serious losses of late.

Since the start of August, the Global X Guru Index ETF,  (NYSE:GURU) which is tied to hedge funds’ top holdings using 13F filings, has slipped 10 percent, a casualty of popular trades that fell during this summer’s selloff and have so far failed to get back up. The Standard & Poor’s 500 Index has declined just 1.2 percent over the same period and recovered all of its 11 percent August correction.

“When something like this is opened up to retail investors, they tend to get the worst out of the deal,” said Bill Schultz, who oversees $1.2 billion as chief investment officer at McQueen, Ball & Associates Inc. in Bethlehem, Pennsylvania. “It’s not something that we find particularly attractive for our clients.”

The AlphaClone Alternative Alpha ETF, (NYSEarca:ALFA)which tracks the performance of U.S. equities to which hedge funds and institutional investors have disclosed “significant” exposure, has lost 19 percent since the start of August.

While lining up with the biggest speculators can make sense when markets rise, it has the potential to increase the pain on the way back down as everyone bails from losing bets at the same time. Trepidation has been in no short supply among money managers, with funds run by Stan Druckenmiller, Louis Bacon and David Tepper among those that disclosed declines in U.S.-listed equity holdings in the third quarter.

Quick selloffs are even more pronounced for stocks with “crowded” hedge fund positioning, according to Stan Altshuller, chief research officer at Novus Partners Inc. Novus measures crowdedness not only by the percentage ownership by hedge funds, but also by how many different firms are invested at the same time and how easy it would be for them to liquidate, he said.

Using this approach, a basket of the 20 most crowded stocks has trailed the S&P 500 by 21 percent from the start of June through Nov. 4, Novus data show. Companies such as Community Health Systems Inc., which decreased as much as 59 percent over the period, and Ally Financial Inc. are to blame for the underperformance.

“Nobody seems to grasp the severity of crowding as a risk,” Altshuller said by phone. “When the opportunity to exit is narrow, and there are a lot of funds in the stock, that creates the most dangerous type of situation. These stocks get absolutely crushed in times like these.”

Aligning one’s holdings with those of hedge funds hasn’t always been a losing proposition. A Goldman Sachs Group Inc. gauge that identifies the most popular bets across firms had annual returns exceeding the S&P 500 in each year from 2012 through 2014. That’s changed in 2015, with the Hedge Fund Very Important Positions Index trailing the benchmark index by 5 percentage points year-to-date, Goldman Sachs data show.

The full story from Bloomberg LP is here

Women Trailblazers, Entrepreneurs, Mentors, Rising Stars and Others Honored for Their Achievements

October 17, 2013 – Trading is and always has been a man’s world. But there are exceptions to every rule. Women in trading have made their imprint on an industry that has not always been female-friendly. Welcome to Traders Magazine’s Wall Street Women Awards. Join us in congratulating these 15 award-winning women who have placed their mark of success upon the Street—and as a result, are being honored for their accomplishments.

The winners’ stories of leadership, perseverance, assertiveness and charity are inspiring to both women and men, young and old.

If issuers of exchange-traded funds could pay to attract market makers to their products, would there be more liquidity in ETFs? Or would paying market-makers create a dangerous precedent and harm long-term investors? Or, is Tim Quast, MD of trading analytics firm “Modern Networks IR” correct when suggesting to the SEC in his comment letter “..paying market makers could constitute a racketeering felony and would increase speculative, short-term trading rather than focusing the markets on capital formation..”?

Both Nasdaq and NYSE Arca have proposed programs allowing ETF issuers to pay fees to the exchanges for market-maker support. The proposals are similar to a program already implemented on the BATS exchange, which has a handful of ETF listings. These proposals, according to comment letters to the Securities and Exchange Commission, are drawing strong reactions from key industry figures.

The Investment Company Institute has come out in favor of the measures, arguing they could result in narrower spreads and more liquid markets. In a letter to the SEC, ICI’s general counsel, Ari Burstein, said the organization has long advocated changes to increase the efficiency of markets. “As ETF sponsors, ICI members have a strong interest in ensuring that the securities markets are highly competitive, transparent and efficient,” Burstein said. “Liquid markets are critical for ETFs, particularly smaller and less frequently traded ETFs.”

Vanguard, the mutual fund giant which also offers a number of ETFs, said it neither supports nor opposes the Nasdaq proposal and certainly does not support the NYSE Arca proposal, at least as it is currently structured.

In a letter concerning Nasdaq’s ETF initiative, Vanguard’s chief investment officer, Gus Sauter, said payments to market makers have the potential to distort the markets and create conflicts of interest. Though Nasdaq proposed several safeguards to prevent that from happening, Sauter suggested a longer review and comment period would be a good idea.

BlackRock, the nation’s largest ETF issuer is opposed to the idea of paying market-makers.

END_OF_DOCUMENT_TOKEN_TO_BE_REPLACED

According to TradersMag, during Q1 2012,  ETF volume as a percentage of total volume reported by major exchange fell to 16 percent from 19 percent (for all of 2011) because correlations between individual stocks and ETFs has declined. Once again, it appears to be a stock-picker’s market.

The same column in TM referenced a Credit Suisse reoprt that found that average correlation across the S&P 500 went as low as 13 percent in February. (It has since bounced back to around 40 percent.) In 2011, by contrast, correlation surpassed 80 percent in the fall and ended the year at 77 percent for December.

According to Credit Suisse analyst Ana Avramovic, ““If correlation is high, then macro fears tend to dominate, and ETFs are a great way to implement macro ideas since they give you exposure to an entire sector or theme with a single product. Naturally, as correlations come down, it makes sense that ETF activity would also come down.”

Industry sources suggest that while volumes in plain vanilla ETFs–those comprised of single-name stocks- may be declining, there has been an increased use of leveraged ETFs, and ETFs tied to commodities.  One trader says, “We have so many more sector products that are out there, and so many different ETFs that are coming out that drill down to minutiae so you can get very specialized exposure. “People are going to use that instead of going in to buy a single stock.”

Now,  let’s turn the page back a few weeks to the post that identified the ETFs with largest AAPL weightings. Now let’s look at the overall market averages vs. those ETFs and vs. AAPL.  No surprises, right?

Yes, the equities markets are on a roll; the bulls are boisterous, and the “buy and holders” are popping champagne corks. Given this scenario, who would even suggest the idea of a fiduciary fund manager employing option-based hedging strategies that can potentially cut into upside returns?? After all, even though major exchanges throughout the globe have facilitated option-based hedging products for almost 30 years, options are “too complicated,” right?

OK, I’ll admit that I’m hearing about the “growing number” of large institutional managers that are using options, but options are just too complicated for all but those few MIT-educated portfolio managers who have found themselves working for a select group of forward-thinking and open-minded institutions.

Am I right?? I mean, gee–if I’m a long-only hedge fund, an RIA, an endowment, a pension manager, a family office, or a corporate treasurer, I have to not only figure out what a strike price is, but I need to figure out the difference between a call and a put, I have to consider tax implications, calculate break-even points, and I have to worry about the risk of stocks being “called away”, and when that happens, I lose out on the gains that I know will come, because I only pick stocks (or ETFs) that will go up at least 10%-15% within a few months of buying them, and more likely, 20%-30% over the next two or three years.

Well, if you’re a fund manager that’s been walking and talking the markets for more than a few years, you might know that bulls and bears make money, and pigs get slaughtered. Other than single stocks such as AAPL, equities markets (just like any other asset class) are cyclical. Prices go up, down, or they go side-ways.

Surprise! After almost 30 years of tepid use by fund managers handcuffed by mandates, the use of options by responsible and conservative institutions is finally gaining traction. END_OF_DOCUMENT_TOKEN_TO_BE_REPLACED