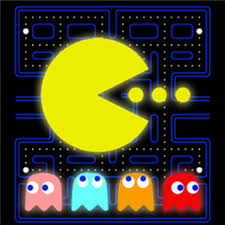 If you thought the ETF Issuers industry is getting crowded, you are right. While the barrier to entry is relatively low, the path to traction-measured by AUM can prove rocky, if not populated with land mines. What’s an Issuer to do? Join the Pac-Man Party and sell out what you’ve built to those with a fresh perspective who want to Pass Go and collect the $200 (metaphorically speaking) without having to start from scratch. MarketsMuse gives a shout-out to P&I contributor Randy Diamond for the following update..

“More and more money managers are looking at a way to get into the ETF marketplace,” he said. “The fastest way to do that is through an acquisition; buy something already out there.”

Small ETF providers might have little market share, but that hasn’t stopped them from being acquired by larger active money management firms looking for a quick way to enter or expand their exchange-traded funds business.

The two announcements by money management firms are the latest in a string of deals that began in late 2014.

At least two more ETF providers will be sold in 2016 to money managers, predicted investment banker Donald Putnam, a managing partner at San Francisco-based Grail Partners LLC. Mr. Putnam said likely buyers will be firms with 20% to 40% of assets under management in mutual funds. “A lot of it has to do with pivoting existing mutual funds into ETF clones, a lot of it has to do with taking asset management styles that are not in mutual funds and putting them in ETF form initially rather than in old-fashioned mutual fund form,” he said.

Jan van Eck, president and CEO of New York-based VanEck Global, an ETF company with $23.7 billion in U.S. ETF assets, said in the past year he has talked to at least 10 managers interested in acquiring an ETF company. “We stay in touch with potential strategic partners and investors, but we don’t see a reason for a transaction,” he said. “We think we can grow sufficiently as an independent company.”

Todd Rosenbluth, a New York-based senior director and director of ETF and mutual fund research at S&P Global Market Intelligence, said as asset flows continue to move from active management and into areas such as ETFs, active managers are trying to position themselves to capture a slice of the growing business.

“More and more money managers are looking at a way to get into the ETF marketplace,” he said. “The fastest way to do that is through an acquisition; buy something already out there.”

In an effort to reign in a powerful campaign to launch secret sauce ETFs that have no business being used by ordinary investors, the SEC scored a smackdown on the creation of non-transparent ETFs in a recent ruling that blocks plans by ETF giant BlackRock as well as Precidian Investments to issue ETFs’ whose underlying constituents would otherwise be, well, non-transparent.

The topic of non-transparent ETFs has been a focus of several MarketsMuse articles in recent months. As reported last week by Bloomberg LP, The U.S. Securities and Exchange Commission rejected plans by BlackRock Inc. and Precidian Investments to open a new type of exchange-traded fund that wouldn’t disclose holdings daily, setting back efforts to bring more actively managed ETFs to market.

The SEC, in preliminary decisions announced yesterday, denied BlackRock’s September 2011 and Precidian’s January 2013 requests for exemptive relief from the Investment Company Act of 1940. The move puts on hold plans by the firms to start the first non-transparent ETFs.

The Precidian proposal falls “far short of providing a suitable alternative to the arbitrage activity in ETF shares that is crucial to helping keep the market price of current ETF shares at or close” to its net asset value, Kevin O’Neill, a deputy secretary at the SEC, wrote in the letter.

The ruling hinders plans by asset managers to sell funds run by traditional stock-picking managers in an ETF package. Firms including Capital Group Cos. have asked for similar regulatory approval as they seek to expand offerings in the fastest-growing product in the asset-management industry.

Money managers have been discouraged from introducing active ETFs, which combine security selection with the intraday trading and some of the cost-saving features of traditional ETFs, because the SEC’s requirement for daily disclosure of holdings would make it easy for competitors to copy, and traders to anticipate, a manager’s portfolio changes.

“We want to work with the SEC — we believe it’s part of the process,” Daniel McCabe, Precidian’s chief executive officer, said in a telephone interview. “We’re not surprised by the fact that they have questions, but questions can be answered.”

ETF providers must disclose holdings every day to enable market makers to execute trades that keep the share price in line with the underlying value of the fund’s assets. Firms including BlackRock, Precidian and Guggenheim Partners LLC proposed structures that they say would allow the funds to remain priced in line with assets, without revealing specific positions.

T. Rowe Price Group Inc. in Baltimore and Boston’s Eaton Vance Corp. are also among fund firms seeking SEC approval for non-transparent active ETFs. None of the applications has been approved.

“We are still pursuing our own proposal to offer non-transparent active ETFs,” Heather McDonold, a spokeswoman for T. Rowe, said in a telephone interview.

Melissa Garville, a spokeswoman for New York-based BlackRock, and Ivy McLemore, a spokesman for Guggenheim, declined to comment. Robyn Tice, a spokeswoman for Eaton Vance, and Elizabeth Bartlett for State Street Corp. didn’t immediately respond to an e-mail and telephone messages seeking comment.

BlackRock was one of the first U.S. fund managers to ask the SEC for approval, after spending three years crafting the product. Their leading role in seeking approval for a non-transparent active ETF has spurred excitement within asset management for the product’s prospects, according to Todd Rosenbluth, director of mutual-fund and ETF research at S&P Capital IQ in New York.

Mark Wiedman, BlackRock’s global head of its iShares ETF unit, said in May that the firm was confident the products would work, “but we don’t actually think it will be much of a commercial opportunity.”

Tyler and Cameron Winklevoss are fighting for approval from regulators for their proposed bitcoin exchange-traded fund. They stand a chance because Spiderwoman is on the case.

So nicknamed for her work on State Street Corp.’s “Spider,” the first ETF when it came to market in 1993, Kathleen Moriarty is the lawyer attempting to shepherd the Winklevoss Bitcoin Trust through the U.S. Securities and Exchange Commission. The twins, famous for their dispute with Facebook Inc. founder Mark Zuckerberg, aim to roll out the first ETF that invests in a virtual asset, an idea that has its skeptics.