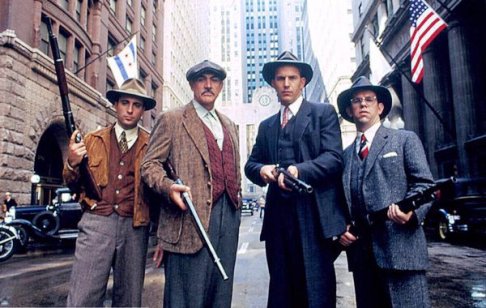 The US SEC apparently has its cross-hairs on so-called ‘geared ETFs,’  those high-testosterone, levered instruments that incorporate derivatives so as to deliver an advertised 2x or 3x return for certain strategies versus a typical 1:1 correlation provided by plain vanilla exchange-traded funds.  The SEC proposal would effectively ban the use of those products altogether.

As reported by Ari Weinberg in his most recent column in Pensions & Investments,  SEC staffers are holding further rounds of reviews of proposed rule changes that could effectively eliminate triple-leveraged and triple-inverse ETFs, which totaled 66 funds and $11.3 billion in assets under management as of Jan. 15, according to research firm XTF. Excluding exchange-traded notes, which are not subject to the Investment Company Act, the entire leveraged and inverse ETF universe includes 195 funds and $30.1 billion in assets.

This is not to suggest that  ‘inverse return’ exchange-traded funds are bad (even if many are actually completely unsuitable for most investors),  it’s just that nobody at the SEC seems to understand how they work, despite the fact these products need first be approved by the SEC before they can be issued, and despite the fact the SEC has given its green light to the these derivative-powered exchange-traded notes aka ETNs since they were first conceived and popularized  nearly 15 years ago.  According to one senior investment manager executive  overseeing nearly $10bil AUM and who asked not to be identified in this article, “..The proposed rules being discussed now simply proves that the SEC need not ever understand a financial product before they rubber-stamp the issuance of a financial instrument that would fall under SEC oversight.” He further added, “Its hard to say which is more broken, the SEC or products they allow to be sold to institutional and retail investors.”

“The SEC is responding to a combination of concerns, some of which are well founded and some of which are less well founded. There’s a belief that ETFs create risk because of asset class exposures, high trading volumes and market structure issues,” says Edward Baer, counsel at Ropes & Gray in San Francisco, who recently served as chief legal officer for BlackRock (BLK) Inc. (BLK)’s iShares business.

Geared ETFs, offered separately by ProShares and Direxion Investments, are designed to track two or three times the daily return (or inverse) of an underlying index. Awareness of the products peaked during the volatile days of the financial crisis, but both FINRA and the SEC have repeatedly voiced concerns that the products are misunderstood by many investors or used improperly.

As noted in the P&I story by Ari Weinberg..

In turn, both the SEC and FINRA have stated that regulatory examinations in 2016 will focus on the knock-on effects and risks to authorized participants in the ETF ecosystem. This network of investment banks and trading firms greases the wheels of ETF trading by creating or redeeming shares in the primary market and buying or selling in the secondary market. Their trading is motivated by the profit potential in arbitraging away price discrepancies in the ETF share price and the underlying assets.

“AP activities may … result in pressure on the financial integrity of broker-dealers in some conditions and this, in turn, could impair the liquidity provision function the broker-dealer plays when acting as an AP,” FINRA wrote in its annual examination priorities letter.

Similarly, the SEC’s office of compliance inspections and examinations said that it would focus on ETF compliance with their exemptive relief, as well as sales, trading, and disclosures involving ETFs.