Speculators betting on the SEC approving the very first Bitcoin ETF listing helped push the price of the digital currency aka crytopcurrency to a record high in advance of a March 11 SEC meeting in which regulators are scheduled to determine whether the Winklevoss Bitcoin Trust ETF [proposed ticker NASDAQ:COIN] is fit for every day investors to purchase and trade on public markets.  In over-the-counter trading on Friday, the price of a single bitcoin soared to as high as $1,200 per bitcoin i Europe’s Bitstamp exchange, before easing to about $1,190. Aggregated bitcoin exchange prices pegged the price at closer to $1174. That put the total value of all bitcoins in circulation — or the digital currency’s “market cap”, as it is known — at close to $20 billion, around the same size as Iceland’s economy.

The bitcoin ETF is the brainchild of Harvard-educated investors Cameron and Tyler Winklevoss, the twin brothers who for years claimed to be the genius behind the creation of Facebook (NYSE:FB). The pair first submitted their initial offering prospectus for a bitcoin exchange-traded fund nearly four years ago. They have since modified the offering documents several times in an effort to appease securities regulators. If approved, everyday investors will have simple access to the cryptocurrency on a major exchange for the very first time, which would no doubt legitimize Bitcoin’s existence and according to some, likely push its value much higher.

Two other prospective bitcoin ETF issuers have more recently filed offering prospectuses with the Securities & Exchange Commission. SolidX Partners sought SEC approval last July for its bitcoin ETF, SolidX Bitcoin Trust , which also would be listed on the NYSE. In January, Grayscale Investments filed to list its own Bitcoin Investment Trust on the NYSE.

According to ETF Daily News, “A ten-day rally for the cryptocurrency has narrowed its gap with the precious metal to the smallest on record. Each asset has been touted as an alternative to regular currencies, because of constraints on their supply and the capacity they offer to sidestep governments.” 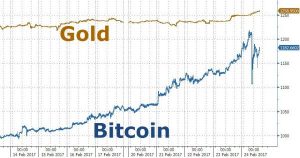 First invented in 2008, the price of a bitcoin has performed better than any other currency in every year since 2010 apart from 2014, when it was the worst-performing currency, and has added almost a quarter to its value so far this year.

Per ETF Daily News, many hurdles remain for the ETF to pass regulators’ tests. “The SEC is worried about Bitcoin’s safety, security, volatility, and shareholder protection. “Traditional financial players have largely shunned the web-based “crytpocurrency,” viewing it as too volatile, complicated and risky, and doubting its inherent value. ” On the other hand, some analysts say regulatory approval of a bitcoin ETF would make the currency relatively attractive to the often more cautious institutional investor market.

But despite potentially high returns, low correlations with other currencies and assets, falling volatility and increasing liquidity, there is scant evidence so far that most major players are considering investing in the digital currency.

“Bitcoin is just not liquid enough for us to even think about,” said Paul Lambert, fund manager and head of currency investment at Insight, in London. 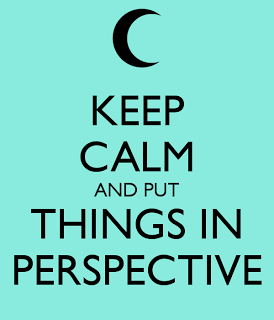