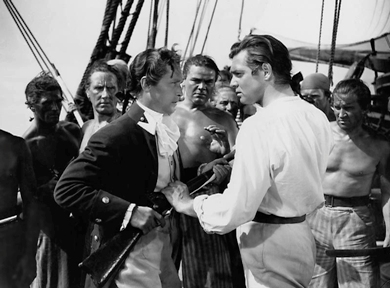 Something funny happened on the way to the floor of the New York Stock Exchange last week; Citadel Securities and Virtu Financial, two of the three biggest NYSE “Designated Market-Makers” aka “DMM”) –also domain experts in leveraging high-frequency trading technology—and now control trading in nearly 40% of NYSE listed stocks, announced they formed a consortium and raised $70 million to create an electronic stock exchange called Members Exchange, aka” MEMX” that aims to compete directly with NYSE as well as NASDAQ to list and trade shares of public companies. The news release likely didn’t sit well with NYSE Chairman Jeff Sprecher, as the announcement reads like a script that could be titled “Mutiny on the Bourse.”

Citadel Securities and Virtu Financial are not merely NYSE designated market-makers, an exclusive role granted by the exchange where the quid pro includes the DMM’s commitment to put their capital at risk while they maintain fair and orderly markets in the stocks they are assigned. Not your father’s NYSE specialists, Citadel and Virtu are also financial industry behemoths. Citadel is a global ‘alternative investment firm’ with $25b AUM and a high-frequency trading (“HFT”) domain expert. One of the original flash boys, the firm’s proprietary trading arm mints money using HFT tactics and strategies and is overseen by hedge fund billionaire Ken Griffin, whose net worth is estimated at $9.8bil.

Virtu Financial is also a $multi-billion platform. Firm co-founder Vinnie Viola is a former NYMEX Chairman, who became a high-frequency trading czar in the early 2000’s. Where Citadel’s Ken Griffith is a Harvard graduate, Virtu’s Viola hails from the US Military Academy at West Point. Now the owner of Florida’s professional ice hockey league franchise, Viola was on a Trump short-list to be nominated for US SecDef. Viola’s net worth of nearly $3bil might pale in comparison to Griffith’s pocketbook, but, what’s a billion here and billion there? Unlike Citadel, Virtu is a publicly-traded company ($5bil market cap), albeit the company’s shares are inauspiciously listed on NASDAQ (ticker: VIRT).  In addition to its ‘seats’ at the NYSE, Virtu has a membership presence on nearly 125 exchanges around the world.

So, both of those boys are billionaires, both of their firms are high-frequency trading Goliaths that have multi-asset, market-making presence across a spectrum of electronic trading centers, and both became NYSE top DMMs by gobbling up old-line specialist firms. Virtu secured its initial spot on the NYSE floor in 2011 and Citadel joined the party with its Pac-man strategy of NYSE specialist firm acquisitions shortly after Intercontinental Exchange “ICE” bought out the NYSE in 2014.

According to the launch announcement put out by MEMX, the $70 million in first round funding came from among others, Morgan Stanley, UBS, Charles Schwab, E*Trade Financial and TD Ameritrade. A total of nine firms are included in the initial business. There is only minor speculation as to why NYSE DMM GTS Securities is not currently involved in the new initiative-or at very least- they were not mentioned in the news release. Perhaps the simple reason is that GTS, which is also counted within the ranks of of multi-asset electronic market-makers, are NYSE loyalists and as relative newcomers to the NYSE, they are leery of aligning themselves with their sharp-elbowed tenants Virtu and Citadel in a yet-to-be-proven initiative and one that will certainly provoke the ire of Jeff Sprecher, the Chairman of the NYSE, and more importantly, the Chairman & CEO of NYSE owner Intercontinental Exchange (“ICE”) (NYSE:ICE). If you missed the memo, ICE is the global icon in the universe of financial exchanges; they own 12 other venues.

Why yet another stock exchange?! Does the equities market really need even more fragmentation?! Well, it’s all about the money. Duh.

According to insiders familiar with the MEMX initiative, the owners of Citadel and Virtu -as well as their sell-side partners, have long lamented the escalating cost of fees, both market data fees and the ‘extra fees’ imposed on “market on close” or “MOC” orders-the latter of which now represent the largest bulk of NYSE daily trading volume. Its no secret that those accessing the NYSE have increasingly pointed the egregious pricing to the point where those fees impede the ICE-owned venue’s ability to attract more order flow and better compete with other electronic exchanges that also trade in NYSE-listed companies.

One personal familiar with the MEMX’s pitch deck suggested, “These guys are tired of ICE taking in big market data fees and transaction fee revenue that they believe they are entitled to because they’re the ones making markets and providing liquidity. Their view is if were they to own their own exchange and offer lower fees, they could pocket it all themselves.” More telling as to the motivation is the narrative published on MEMX’s website: “As the only member-owned equities trading platform, MEMX will represent the interests of its founders….. and their collective client base..[comprised of retail and institutional brokerages] on U.S. market structure issues.”  Sounds like a line straight out of Gordon Gekko’s playbook.

Trade along with the trades Larry is making.

As cited in the WSJ coverage of the story, MEMX website suggests their model is to “be more simplistic.”  They state: “We will include a limited number of order types to promote simple and transparent interactions,” as well as “no speed bumps” to potentially hold up the trading process.” That ‘no speed bump” feature might sound like a slap at the upstart IEX exchange, owned by IEX Group and the ‘anti-flash boys’ equities exchange venue whose shareholders include major buy-side institutional investors. The IEX value proposition is to be ‘fairer to institutional investors’ and it limits access by “exploitative HFT trading firms” whose trade strategies include predatory, nano-second order entry and order cancellation.

Or, the MEMX marketing message could be “click bait” when considering that they have purportedly approached IEX with a proposal to ‘take-over’ the nascent-stage and still-struggling-for-market-share equities exchange venue. Even flash boy fintech billionaires know that when it comes to trading technology, it is often cheaper to buy than it is to build. And, despite MEMX claims they can “easily replicate the NYSE technology and infrastructure at a low price point”, they know the $70mil they’ve put together is merely a seed round when comparing to the 7 year old IEX. which has taken in nearly $200mil since its formation and has only achieved less than 3% market share and the only company listing it has secured is electronic brokerage Interactive Brokers (IEX:IBKR). If MEMX can do a ‘take-under; of IEX, they’d have a ready-made exchange that its founders could pitch to the biggest NYSE-listed corporations.