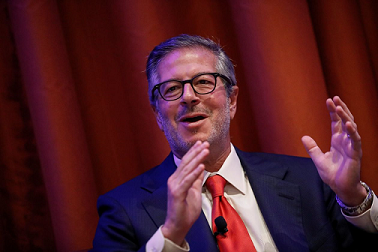 Bonds and Billions 3.0…Tradeweb Markets, one of the original electronic bond trading pioneers, which first introduced its dealer consortium platform in 1996, proved that patience is a virtue when it comes to monetizing enterprise value. The company raised $1.1billion via its Nasdaq-listed IPO yesterday (NASDAQ:NW). Illustrating investor attraction to owning a piece of the fintech company focused on fixed income trading, the company increased the number of shares they first planned to offer from 27.3 million to 40 million shares and upped the ante for the IPO price from a $24-$26 range to slightly north of $27. The IPO puts a $6bil valuation on the company–whose original investors include a consortium of broker-dealers.

Per snippet from Bloomberg News, Tradeweb intends to use proceeds to buy shares held by eight of the 11 large banks that own stakes in the company, including Bank of America Corp., Goldman Sachs Group Inc., Morgan Stanley and UBS Group AG, according to its registration statement filed with the Securities and Exchange Commission.

Tradeweb’s IPO is also the biggest for a financial services company in the U.S. since online lender GreenSky Inc. raised $874 million in May.

The offering follows benefits administrator Alight Inc.’s decision in March to postpone plans to raise up to $800 million in an IPO. Alight and Tradeweb are both owned by private equity firm Blackstone Group LP, which led the $17 billion acquisition last year of Tradeweb parent Refinitiv from Thomson Reuters Corp. Tradeweb, founded in 1996, builds and runs electronics markets for trading government bonds, derivatives, exchange-traded funds and other financial instruments over the counter. It handled an average of $549 billion in daily trades in 2018, according to its IPO prospectus.

As noted by Liz Hoffman of the WSJ, online venues are gaining ground in bond trading, digitizing orders that were once placed over the phone. At MarketAxess Holdings Inc., Tradeweb’s closest listed peer, trading volumes have more than doubled since 2014.

At $27, Tradeweb’s stock will list at about 30 times the company’s annual earnings. MarketAxess trades at nearly 50 times its earnings, while exchanges such as NYSE ownerIntercontinental Exchange Inc. fetch about 25 times their earnings.

JPMorgan Chase & Co., Citigroup Inc., Goldman Sachs and Morgan Stanley led the offering. Tradeweb will start trading Thursday under the symbol TW on the Nasdaq Global Select Market, according to the statement

Affiliates of Refinitiv will continue to hold about 54 percent of Tradeweb’s outstanding common stock, according to filings.