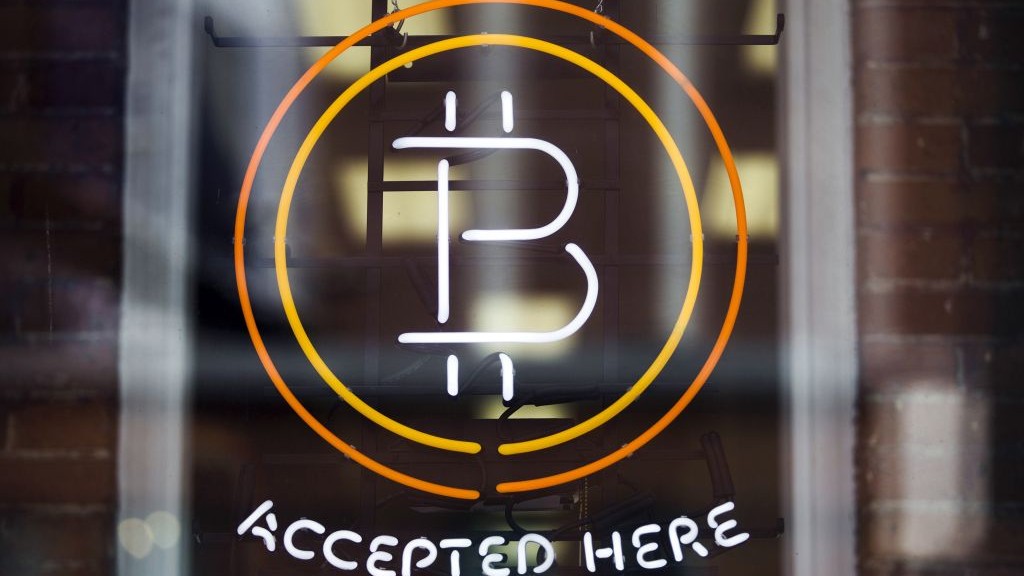 MarketMuse blog update profiles Nasdaq recent agreement to power a new marketplace from bitcoin trading. Bitcoins are the largest decentralized digital currency in the market and has been taking the investment world by storm since its introduction in 2009 by its founder,  Satoshi Nakamoto. MarketMuse blog update is courtesy of Nasdaq’s article, “Nasdaq to Provide Trading Technology for Bitcoin Marketplace — Update” with excerpts from the article below.

According to a joint statement provided to The Wall Street Journal, Noble’s platform will use Nasdaq’s X-stream trading system, a high-tech system for matching market participants’ orders that is used by more than 30 exchanges and marketplaces worldwide. Nasdaq will also provide marketing support.

The agreement follows other Wall Street initiatives that could pave the way for financial institutions to own and trade digital currencies, which fans say have the potential to make the global financial system more efficient but which have also been marred by price fluctuations, investment scams and cybersecurity concerns.

To read the entire article from Nasdaq, click here.

The NYSE has recently come close to completing a deal with some big banks to take over running the banks’ dark pools. Now, NASDAQ is proposing an alternative solution as they eye running dark pools for banks as well.

Nasdaq OMX Group has approached several big banks with a proposal to take over the operation of their so-called “dark pools,” and plans to seek regulatory permission to do so, The Wall Street Journal reported, citing Nasdaq Chief Executive Robert Greifeld.

The new initiative was a response to the needs of the company’s customers and not a strategic change, the Journal quoted Greifeld as saying.

Dark pools are broker-run electronic trading venues, and several big banks have one. They allow investors to trade anonymously and only make trading data available after a trade, reducing the chance that others in the market will know about the buyer’s or seller’s intentions and move the price against them.

Dark pool venues have come under scrutiny amid concerns their unlit markets may drive too much volume away from traditional exchanges and make it hard for investors to see demand and potentially distorting prices.

Last month, Citigroup said it would shut down its alternative stock trading venue LavaFlow, at a time when regulatory scrutiny has increased around broker-run trading platforms, forcing banks to rethink the costs. Wells Fargo shut its dark pool in October, citing a lack of customer demand.

Banks’ “costs are skyrocketing and our job is figuring out how we can help them solve that problem,” Greifeld told the Journal.

Using its technology, surveillance software and regulatory expertise, Nasdaq can manage dark pools on behalf of banks, still allowing them to trade at lower prices than they do on exchanges and letting bank customers trade anonymously, the newspaper reported.

A final business product hasn’t been completed and plans may change, the Journal said.

Representatives at the Nasdaq were not immediately available for comment outside regular U.S. business hours.

The U.S. Securities and Exchange Commission Chair Mary Jo White announced last year that she planned to propose new rules that would require alternative trading platform operators to disclose more details to the public about the way they operate.

Today was a well-deserved breather for fixed income syndicate desks, but rest assured origination and syndicate is hard at work on next weeks’ calendar of visitors to the IG DCM.  This week we witnessed one of the single most impressive lists of high quality issuers in a long time, if not ever!  Demand has been very strong with concessions non-existent on the week. (See below chart).  Primary market mechanics are actually pretty simple though – liquidity is defining the global credit marketplace.  For the week ending May 1, Lipper reported an inflow of $1.33 billion into corporate investment grade funds.  When products are so heavily bought, prices go up and yields go down.  Hence this week, we’ve seen CDX.IG.20 tighten another 3.96 bps as of yesterday’s close to its firmest level in 5.5 years.   Meanwhile the VIX or “fear factor” ratcheted in 0.71 points in the same time period.  Blue chip issuers dominated the leaderboards and I strongly suspect we’ll be seeing utilities entering the arena VERY shortly. END_OF_DOCUMENT_TOKEN_TO_BE_REPLACED

Nasdaq OMX Group said Wednesday that it will be able to launch its planned program for paying market makers to trade in particular exchange-traded funds.

The Market Quality Program will launch by the end of June, Nasdaq OMX said Wednesday. The Securities and Exchange Commission in March approved the plan on a pilot basis.

Under the program, sponsors of exchange-traded funds will be able to contribute funds to Nasdaq, which in turn can be used to pay market makers to incent them to handle particular funds.

The sponsor will pay Nasdaq OMX an annual fee of $50,000 to $100,000 per ETF, in addition to standard listing fees. The market quality program fee can get rebated, under certain circumstances. Rebates will be made quarterly.

Payments, according to a note to traders, will be made if a market marker:

An ETF is no longer in the program when trading achieves average volume of 1 million shares a day for three months in a now. END_OF_DOCUMENT_TOKEN_TO_BE_REPLACED

U.S. regulators approved Nasdaq Stock Market’s request to allow the sponsors of some exchange- traded funds to offer payments to market makers.     The Securities and Exchange Commission decision loosens a ban on the compensation that has been in place since 1997.

Nasdaq OMX Group Inc., which plans to begin the program as a one-year pilot, argued along with NYSE Euronext before Congress in 2011 that payments to market makers may increase liquidity and improve prices to investors in less-active securities.   Approval of the program comes amid concern that stocks with lighter volume are suffering in America’s computerized equity markets because they are less attractive to automated traders.

NYSE Arca, an all-electronic venue that competes with Nasdaq, submitted a request to the SEC yesterday for its own initiative. Payments for market making in smaller companies is allowed in some European countries.

“It will incentivize market makers to collect revenue by posting bids and offers at the exchange,” Chris Hempstead, director of ETF execution at broker WallachBeth Capital LLC in New York, said in a phone interview. “Market makers will compete with one another to capture that revenue stream and drive the bid-ask spread to a tighter band.” END_OF_DOCUMENT_TOKEN_TO_BE_REPLACED

With new trading venues catering to institutional investors ready to enter the fray, market participants say that more fragmentation is not necessarily the solution to cure market imbalances.

‘Fragmentation of the markets is not a good thing for long-term investors,” Manoj Narang, chief executive and founder of Tradeworx, a hedge fund and technology firm, told Markets Media. “Regulators need to look at ways to defragment the market. The more different venues there are, the more traders who are technologically sophisticated are at an advantage.”

Narang asserts that market fragmentation hurts, rather than helps, longer term investors because the technology utilized by institutions is not as sophisticated and advanced as those used by high-frequency trading firms. They are less able to effectively wade through the plethora of lit and dark venues in the markets.

“Having more trading venues just complicates matters,” Dennis Dick, a proprietary trader with Bright Trading, a prop trading firm, told Markets Media. “We keep adding more and more layers, adding exchanges and adding dark pools, to try to find a solution, but really the solution is to break it down and start simplifying it all.”

Noted John Houlahan, Chief Operating Officer of OMEX  Systems, a broker-neutral order routing and risk management platform that provides direct market access to major equities and options exchanges as well as so-called “dark pools” for broker dealers and buyside firms, “We seem to spend as much time adding routes to new exchanges and ECNs as we do building order and risk management applications. I’ve been in this business for 20 years, and I find myself scratching my head when discovering yet another new “liquidity center”, but with a different ‘spin’ compared to already-existing exchanges.

There are currently 13 equities exchanges in the U.S., along with nine options exchanges. Many of the exchanges are operated under the same corporate umbrella, with NYSE Euronext and Nasdaq OMX each operating three equities markets and two options markets apiece. This is an addition to the 40-50 dark pools operated by independent firms and broker-dealers.

“Do we really need 13 exchanges and 50 dark pools and 200 internalizing broker-dealers,” said Dick. “I know the Securities and Exchange Commission had good intentions with Reg NMS but now we’ve gone too far the other way. We need to start simplifying. The solution is not to add more dark pools.” END_OF_DOCUMENT_TOKEN_TO_BE_REPLACED

Whether in effort to placate regulators who have put high-frequency traders in their cross-hairs, or simply in effort to increase revenue via new fees, or maybe even in effort to keep competitive, NASDAQ OMX announced that effective June 1, traders on its three exchanges will be charged a fee for posting an excessive number of orders away from the inside market quoted.

Nasdaq announced its new policy on its website last night, [coincidentally] hours after a similar policy was announced by competitor Direct Edge. Both exchanges have come under pressure by their members and regulators to curb the message traffic on their trading platforms. Nasdaq is only targeting orders posted outside the national best bid or offer. Direct Edge is cutting rebates. Nasdaq is levying a fee.

Importantly, both exchange operators are exempting registered market makers from their new rules. Nasdaq spokesman Todd Golub says that market makers rarely post quotes outside the NBBO anyway. In fact, Nasdaq has a policy limiting the widths of dealer quotes. “The electronic market makers are not the ones putting in excessive messages away from the inside,” the exec said.

According to one Street-side market maker (who is not authorized to speak for his firm), “It will be interesting to see whether the new fee structure curtails the type of noise HFTs pollute the market with..”