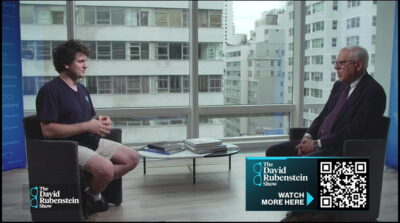 Comparisons Made to Lehman Brothers Scandal; Sam Bankman-Fried Scheme More Similar to Jon Corzine Shenanigans when he ran MF Global into the ground.

By now, the travails and debacle of FTX Cryptocurrency Exchange, established by MIT wunderkind and former Jane Street Capital trader Sam Bankman-Fried aka “SBF”, has sucked up more oxygen in the media landscape than 1000x the electricity needed to mine $5trillion worth of crypto / craptocurrency*.

(* Editors note: MarketsMuse hereby petitions the financial industry, the media, and all others to now refer to “Crypto Industry” as “Crapto Industry”; and we have secured trademarks for the new phrase, as well as the trademark for “CraptoCoins”).

But, as pictured below, this ain’t the first and it won’t be the last financial scandal. Not by a long shot. When considering this generation’s more recent protagonists, why would anyone be shocked??

“FTX is the high-quality, global crypto exchange the world needs, and it has the potential to become the leading financial exchange for all types of assets. Sam is the perfect founder to build this business, and the team’s execution is extraordinary. We are honored to be their partners.” — Alfred Lin, partner at Sequoia Capital

So, MarketsMuse editors have attempted to consolidate the coverage and unpack the events that inspired the venture capital’s ‘smartest investors’ (including Altimeter Capital to BlackRock, Greylock, Insight Partners, Lightspeed Ventures, Ontario Teachers Pension Plan, Pantera Capital, Sequoia Capital, Softbank, Temasek Holdings, Dan Loeb’s Third Point Ventures, and Thoma Bravo to disregard any standard or semblance of due diligence before they parted with their client’s money.

“We have watched with excitement as Sam and the FTX team have successfully built the most cutting-edge, sophisticated cryptocurrency exchange in the world. While this has been an incredible accomplishment in itself, their commitment to making a positive impact on the world through their business is what sets the company apart. We are thrilled to partner with FTX on their next phase of growth as they create a new ecosystem for crypto.” — Orlando Bravo, founder and managing partner at Thoma Bravo

In the simplest terms, all of these investors deployed their clients’ money because they all determined (or were told) that SBF was a genius trader who earned $100mil for himself while working for HFT firm Jane Street, and then left to set up his own firm, where he made himself into a billionaire by buying and selling crapto currencies. Believing he could build a better mousetrap for people to trade crapto, he took some of his profits to build a “world-class crapto currency exchange.” That exchange, FTX, quickly attracted as many as one million retail customers, all of whom were convinced they could make fortunes via “yield farming” (a bizarre means by which investors attempt to earn Madoff-level interest on their money via purchasing and then lending out ‘coins’ to others), or buying and selling a broad assortment of ‘currencies’ that dominate the Crapto Industry.

Keep in mind, that the many “industry experts”, outspoken advocates, and the several dozens of ‘asset managers’ overseeing billions of dollars of investors’ money, who “specialize in digital assets”, all these people buy and sell what most industry insiders acknowledge to be nothing more than air bubbles.

According to one such insider (who has held corporate communications roles for several firms in the crapto industry, and who asked to remain nameless, for obvious reasons), “80% of the firms in this business laugh behind the backs of their investors every day; they are getting outsized compensation to simply speculate in tens of dozens of different valueless ‘tokens’ that they [the asset managers] know to be no more akin to being currencies than farts are.”

Added the insider, “just like traditional hedge funds, they get paid hefty management fees, and a fat percentage of the ‘profits’, but unlike traditional hedge funds that invest across a spectrum of legitimate assets and legitimate, industry-regulated derivatives, they are buying and selling the farts in a completely unregulated environment, and when they lose, its no skin off their back. In the interim, they promote themselves (using their clients’ money) at lavish industry conferences and boondoggles, they host six-figure corporate offsites, they sponsor sports teams, all to the expense of investors who are told they can beat the returns of the best legitimate hedge funds in the world.”

What happened at FTX? It is pretty simple to understand for those who understand the regulated market structure.

The best analogy is that of commodity trading advisor MF Global, which was torched in 2011 by its CEO and former Goldman Sachs CEO Jon Corzine. The one-time US Senator and one-time New Jersey Governor stepped in to run one of the commodity trading industry’s oldest and largest brokerage firms (previously known as Man Financial), and soon thereafter, he was accused of using customers’ money to backstop highly-leveraged proprietary trades the firm made in emerging market debt and exotic fixed income products. When the leveraged trades went sour, the firm dipped into customer account balances (to the tune of $1bil) to meet margin calls from an assortment of counter-parties, and when rumors heightened as to the precarious nature of the firm’s proprietary trading activities, customers flocked en masse to get their funds out of the firm. But the funds were not in their accounts, as they had been pledged as collateral by the financial alchemists at MF Global.

To a great extent, the same thing happened to FTX and SBF. His proprietary trading firm, Alameda Research, was making outsized bets in crapto currencies, including buying his own firm’s private label crapto, “FTT”, which he used as ‘currency’ to purchase control of an assortment of competing firms, including a list of failing firms in the industry that went belly-up in the midst of this year’s ‘crypto winter’.

The best part? NO internal risk management, no internal compliance, no industry regulators to wander in and interrogate any risk management systems, no adults in the room, and no industry clearing organizations that have any rules or procedures to govern the extent of leverage trading firms can use.

This is exactly what the industry, including the biggest player and notorious money-laundering platform Binance has been working towards since Day `1. “We don’t believe in following the regulations of other people, we are independent, we know better!”

Worth mentioning, despite MF Global operating in a completely regulated industry (regulated by CFTC), Corzine, started as a bond trader before becoming CEO at Goldman Sachs. Per above, before MF Global, he was Governor of New Jersey and also U.S. Senator for New Jersey; despite the shenanigans that took place at MF Global, he was never criminally prosecuted. He did pay a $5mil fine and was banned from serving in a leadership role for any CFTC-regulated firm.

One interesting factoid, current SEC Commissioner Gary Gensler was the CFTC Commissioner who approved the final outcome for Corzine.

So, what are the key takeaways?

Case in point, Binance, the world’s largest ‘crypto exchange’ which is operated by freshly-minted billionaire Changpeng Zhao, (another guy who likes to be called by his acronym,“CZ”…What is with these guys? They all emulate Saudi Princes?!) has no credible corporate domicile unless you want to believe that companies registered in the Cayman Islands offer safeguards for investors. The only place on the planet where it is registered with a regulatory agency is France. That’s right, there is no regulatory agency anywhere other than in France that can credibly pursue Binance in the event they are subjected to accusations of bad behavior. Beaucoup de chance!

When acknowledging that his investment fund, Skybridge, was one of the many who invested in FTX, he said, “Gee, I guess I was duped.” Mea Culpa?

When or if former Disney star Brock Pierce, yet another crapto currency billionaire, re-visits running for President, that’s when we all put our heads between our knees, grab our ankles, and contemplate moving to Kyiv.

Finally, the explanation we offer regarding the FTX debacle is not intended to decry or debunk the blockchain industry, which is a completely different segment.

As best framed in a series of 2018 articles published at Prospectus.com, “Its About Blockchain, blockheads, NOT Bitcoin” , blockchain and distributed ledger applications can offer meaningful utility to a range of enterprise solutions. The only ‘token’ component to these applications is the token (NOT COIN) is used to access applications. Those building enterprise applications rarely incorporate a component that places a value on the token, other than for its purpose of accessing software. Just like a subway token. That’s pretty simple.