MarketsMuse Global Macro merges with Strike Price seers with sage excerpt from 18 Sept edition of “Sight Beyond Sight”, the daily newsletter published by global macro think tank Rareview Macro and authored by Managing Member Neil Azous and rising star Michael Sedacca…For fans of the film Draft Day, this excerpt will resonate in a resounding way..For those who option traders who understand what VIX really is, and respect ideas that make sense, the following is a solid read.. The entire SBS edition can be found via link below..

Today, we are going to use a metaphor from a football movie to get our point across. Please note we expect to receive significant push back in this view, given we are going against the grain here. We are prepared for whatever you want to throw at us.

The movie, Draft Day, starring Kevin Costner, was an interesting (supposed) peek into the shrewd world of power plays among National Football League (NFL) general managers as they jockey to make the best deals on the yearly NFL Draft Day.

What grabbed the attention of viewers was the final, big reveal on a visual tease that ran through the whole movie involving a Post-It note. Kevin Costner’s character, Sonny Weaver, Jr, in only his second year as the General Manager for the Cleveland Browns, is feeling Herculean pressures from all sides – the arrogant owner, the difficult coach, and the even more difficult fans – to elevate the pitiful Browns into a team of national contenders. He has to make big, smart plays, which means we glimpse the political maneuverings at work, the salary cap issue, the various strengths and weaknesses of the key players his staff has been researching, as well as the poker game he must play with other GM’s in the NFL who are playing poker right back at him.

But all along, we see Sonny continually referring to the same little Post-It note he started with earlier that morning before he even left his house. He wrote the note himself, stuck it in his pocket, and then keeps referring to it as the day wears on and the stress level rises.

The draft begins. By making a painful trade that puts the entire future of his franchise on the line, Sonny secures the enviable #1 pick of the first round. Perfect, now he can get the obvious choice, the much-hyped #1 quarterback candidate. Instead, to the astonishment of all he unilaterally chooses the strong, but less regarded linebacker, Vontae Mack.

And this is what touched most viewers. At the end, after weathering the draft day storm, regardless that we all knew Costner would come out on top, it turns out what matters is that Post-It note. When he lays it on the table for the viewer, to finally read, it simply said: 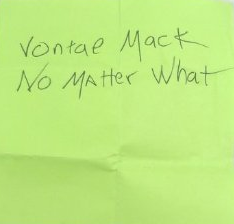 No. Matter. What. He carried it with him all day. He clutched it in his fist when the heat was hottest and the fog was thickest. He fumbled it, strayed from it, even doubted it, but in the end, that simple determination governed him, guided him, through the storm. When no one supported him or even thought he was sane, the fictional Sonny Weaver, Jr, had one thing, his No Matter What.

This is how I feel about the VXX put options we hold in the model portfolio.

You can insert CNBC in place of the Cleveland fans, my inner circle of trusted advisors in place of the coach, and our paid subscribers as the arrogant owner. But at the end of the day, we want to see how these moves lower in volatility plays out into next week. While we know we can book an additional 30-60 bps of PnL in the model portfolio in short order, we are looking to make a significantly larger amount if volatility continues to come in at the pace that has been witnessed over the last few days. The key point being, if VXX closes at 18 next Friday the below Volcano Trade would contribute an additional +4% to the NAV, on top of the 60 bps already realized. That is an opportunity we can’t ignore and we want to be a pig about it.

Yesterday before the Federal Reserve monetary policy statement we adjusted our short US equity volatility position for a second time.

Below is the sequence of trading events since the inception of this strategy but as a reminder the definition of the “Volcano Trade” is as follows: After an asset has had a large move in your favor and the option you own approaches a ~70 delta, you are able to roll the position to an out-of-the-money strike in two or three times the size, and capture an increasingly larger amount of profit if the move continues. 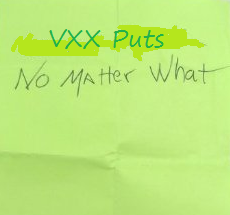 *Locked in 60 bps of PnL to the model portfolio

**The roll and the remaining options are FREE.

Time Stamp: All updates were sent in real-time via Twitter.

Here are the following reasons for taking these actions:

As a result we were able to accomplish three things.

So far, this is nothing more than us sticking to our rules-based discipline. In fact, this was “text-book” trading and a classic example of adjusting a position on numerous occasions at the most opportune time. Following the FOMC release yesterday, the VXX even broke below our new strike and traded at $20.04.

Our view remains the same as it did on Wednesday when we introduced the “volcano trade” to you – that is, we expect US equity volatility to continue to decline into the end of the quarter. Additionally, the VIX curve continued to shift towards contango, with it trading inverted for a portion of yesterday’s session.

While headline writers want to suggest that uncertainty around the path of Fed policy is negative for risk assets the fact remains that investors believe lower-for-longer interest rates trumps that view and, as a result, they are not long enough market beta if the bounce back in risk into the end of the quarter continues. After all, that would be the biggest Bronx cheer (i.e. middle finger) of all right now.

We are mindful that hanging around this long may be overstaying our welcome, but hopefully the “volcano” will continue to explode through this new lower-lower strike with four versus two times the leverage since inception and dispense burning lava all over the nearby villages filled with dogmatic perma-bears who are looking for high volatility once again because they did not get unshackled from the Fed handcuffs.

Feel free to turn the CNBC volume to full blast, call our office, or send us angry emails to change my mind. But remember where I am coming from today and what our Post-It note says.

Neil Azous is the founder and managing member of Rareview Macro LLC, a global macro advisory firm to some of the world’s most influential investors and the publisher of the daily newsletter Sight Beyond Sight. 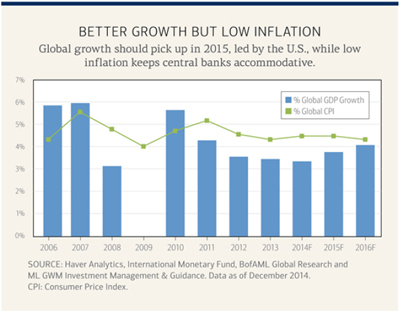 Well, it’s finally Friday and every Friday is a Good Friday!  So, let’s take a look back at the amazing week the investment grade corporate debt market has just concluded.