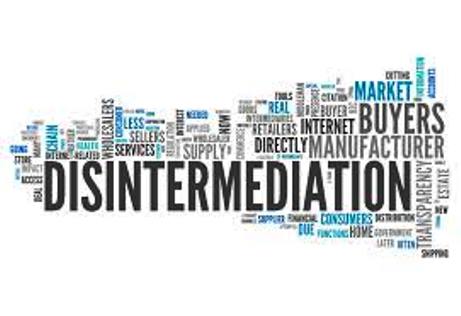 According to MarketsMuse market structure mavens, if you can say “dis-intermediate” five times in under 5 seconds, or if you can simply spell the word (without looking at this blog post), then “you’ll get the joke” i.e. exchange operator Bats Global Markets (acquired last year by CBOE for $3.2bil) is a disrupt-or. After sell-side firms were given direct access to a new block trading service for the European equity market launched by stock exchange operator Bats Europe in December,  it was just revealed that starting next month, buy-side asset managers will gain direct access to the same block trading platform. The pending roll-out will enable buy-side traders to submit their own Indications of Interest (IOIs) so as to reduce information slippage.

Bats Europe licensed technology from Bids Trading, the largest block trading ATS by volume in the US to launch Bats LIS (Large in Scale) in December. Per reporting from Markets Media….

Dave Howson, chief operating officer at Bats Europe, told Markets Media that average trade size has grown to more than €1m over the past month since sell-side firms were given direct access to Bats LIS. He added: “We have eight to ten brokers regularly utilizing the platform with additional participants joining all the time.”

Buy-side firms have been able to access Bats LIS through a broker but the service is being rolled out so asset managers also have direct access.

“Over the next month, buy side will have direct access to submit indications of interest into the Bats LIS platform,” said Howson. “One of the key benefits of the platform is that the buy side control their IOI up until it is matched before turning it over to a designated broker for execution, which means information leakage in minimized.”

Under MiFID II, the new European Union regulations which come into effect in January next year, block trades above a specified minimum size can trade under a large in scale waiver which allows market participants to negotiate trades without the need to make quotes public to meet the pre-trade transparency requirements. The ability to trade large blocks will become even more important as MiFID II also places volume caps on trading in a dark pool without a waiver.

If you’ve got fintech fever, or just a hot tip, a bright story idea profiling global macro, fintech, ETFs, options, or fixed income markets, or if you’d like to get visibility for your firm through MarketsMuse via subliminal content marketing, advertorial, blatant shout-out, spotlight article, etc., please reach out to MarketsMuse Corporate Communication Conciege via this link

He continued that another priority in Europe is to increase the volume of trading of exchange-traded funds, which should be boosted by the MiFID II requirements to report ETF trading. Howson added: “The new trade reporting obligation under MiFID II will increase transparency in ETFs so should we expect to see an increase trading of these products on trading venues.”

In June last year Bats launched a new indices business with the introduction of a UK-focused benchmark index series of 18 different indices. In December, Bats added eight indices for the French, German, Italian and Swiss markets bringing the total number of European indices managed by Bats to 26.

“We are currently focused on building European coverage with our indices,” added Howson. “Further down the road we’ll look to create products on the back of the indices, but right now we’re focused on expanding our reach.”