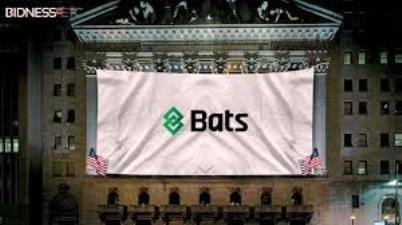 The second time is hoping to be a charm for exchange operator BATS Global Markets as it announced a 2nd stab at an IPO, which will be led by Morgan Stanley and Citi and enable an exit for investors that include BAML and Knight Capital.

Bats Global Markets announced the launch of its initial public offering Monday, with a price per share expected to be between $17 and $19. The offering, which could value the company as high as $1.8 billion, comes as the U.S. IPO market has seen its slowest start in seven years.

The IPO has been widely anticipated in part because market observers have been looking for activity in this year’s slow IPO market. Just nine companies launched IPOs in the U.S. in the first quarter of the year, the lowest number in a quarter since 2009, according to data from Dealogic.

The valuation is more than double the size of Bats Global Markets’ attempted IPO in 2012. That effort, which was halted due to a technical glitch shortly after shares started trading, valued the company at around $760 million, according to Bloomberg.

The company has grown significantly since its last IPO attempt. In January 2014 it acquired Direct Edge Holdings LLC, including the two exchanges EDGX and EDGA. In March of last year it acquired Hotspot FX Holdings, the operator or an electronic FX trading platform. Then last September, Bats expanded its Hotspot acquisition by launching a Bats Hotspot platform in London. Last November the company launched the EDGX Options trading platform. It has also significantly grown its exchange traded product (ETP) trading in the past few years.

In its prospectus the company said it is the second largest exchange operator in the U.S. by market share (after the New York Stock Exchange) with a 21.1 share of the overall U.S. equity market as of Dec. 31, 2015. It is also the largest exchange operator of exchange traded funds (ETFs) and other ETPs by market share with a 22.4 percent share of ETP trading last year. The company also had a 9.6 percent share of the U.S. equity options market last year. In Europe, its Bats Europe was the largest European exchange operator as measured by notional value traded as of Dec. 31 of last year.

The prospectus listed several potential growth strategies for the company, including increasing penetration in U.S. options with new products and services, expanding its global FX platform into other currency instruments, and building strength in U.S. equities by leveraging its position in ETPs to expand listings. The company also said it aims to fully monetize the value of its market data and connectivity.