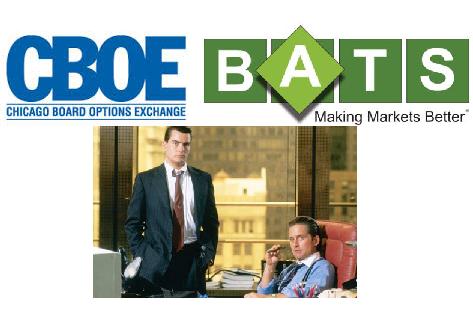 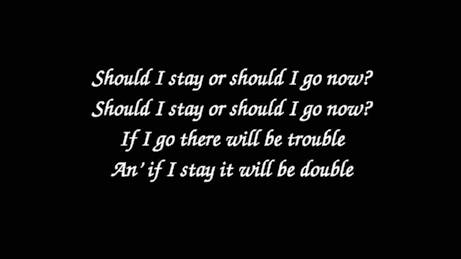 BREXIT or BREMAIN the NEVERENDUMS Will Continue in Europe

“Should I Stay or Should I Go? That Answer Is Self Evident…”

A Global Macro perspective from Debt Market Veteran..Music by Clash,  Comments by Quigley

Everyone is now saying how anxious the markets are to get the U.K. referendum vote out of the way.  It’s been like a dark cloud hovering over the financial services industry.  However, they are also increasingly pointing out that even with a vote to BREXIT, the actual impact will be much less severe than first anticipated.  So, without further ado and since the potential impact has been overplayed these last several weeks, I need to chime in here with one day left to voice why the U.K. should want to part from the EU.

Over the last several days British PM David Cameron’s rally cry has been “Brits Don’t Quit” which from my perspective is akin to saying “Brits are followers not leaders.” The U.K. has a long history of doing the right thing at the right time.  I point no further than its involvement in both chapters of World War II.  That right there is foundational to the people of the U.K. – doing things for the greater good in defense of Britain and our allies  Staying in the EU would be doing the wrong thing that will hurt Britain.  But I know you want more meat on this bone so let’s get to it:

As I’ve said from the get go, Britain left the EEC – the precursor to the EU – in 1982 in a special referendum vote in which the “leave” vote garnered 52% to the “stay” vote’s 48%. Sound familiar?  The U.K. also never adopted the single currency and the Schengen Agreement has no place because the U.K is an island nation. Still the Euro and Schengen are the foundational building blocks for a successful EU.  The continent is now into negative rates, there are far too many cultures, borders, nationalities, customs, histories and languages to virtually have doomed the EU from the start. That’s why the U.K. was never part of the EU’s core thesis.

Unemployment will not rise in the U.K.  on a BREXIT rather it will hammer out a UK/EU trade agreement to maintain continued healthy trade with the European continent.

For those EU chiefs threatening “if there’s a BREXIT, the U.K. will NEVER rejoin the EU again!”  here’s what I have to say on the subject : Advocates to BREMAIN claim that the U.K. maintains a balance of power in Europe that has preserved peace following World Wars I & II.  First, I state that WW I & II were actually one VERY long war with a pregnant pause between them.  Europe could not keep itself together.  History shows that is true.  So, follow the logic – if the U.K. leaves and Europe heads toward the cusp of war, don’t you think the continent would do everything in its power to avoid another catastrophe?  Europe would obviously welcome Britain with open arms! Not that the U.K. would then chose to jump back onboard.

For those of you not sure, however, let’s take Greece as an example.  Greece has been bailed out three times by the EU.  They are in every aspect of the term a laggard economy and society.  I have nothing against Greece or Greeks but the word AUSTERITY is not in their vocabulary! ………Hold on a moment,  as I need to check that with some phone calls.  Oops, sorry folks, in my ambition to get the details right I stand corrected.  The word for “austerity” in Greek is “λιτότητα.” So, it does actually exist but the rest of the world can’t seem to decipher those characters – quite literally. Having said that austerity is not embraced by Greek society.  They are all about enjoying life and taking it easy.  That’s why the average lifespan for a male is 78.6 years and a female is 83.9 years. The average is 81.3 years ranking it 20th in the world. Conversely, we here in the U.S., we rank 26th and at the end of the day isn’t life what it’s all about. So, that’s my concession to Greece, a longer life span because they’re obviously not stressed what with everyone else paying the freight and carrying their load. The point here is that if the EU bailed out that laggard nation THREE TIMES do you really think the idle threat to the U.K. of never being invited back into the EU has any remote credibility with Brits at all?  I mean c’mon, get real.  Europe is dismantling faster and faster with each month.  Britain should want no part of it. END_OF_DOCUMENT_TOKEN_TO_BE_REPLACED