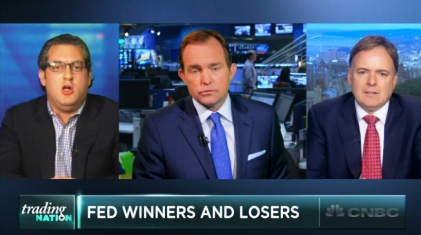 MarketsMuse editors were relieved yesterday after the Fed announcement for two reasons; the first being we were reminded that at least half of Wall Street’s Fed-watching pundits who get paid big bucks to predict events can be replaced by anyone who can flip a coin, as half of the pundits were wrong and arguably, at least half of those who were right, were probably right for the wrong reasons. One would need to have a transcript of the entire meeting to know what those Fed governors were thinking and saying.

The second relief comes from having watched a post-announcement color commentary on CNBC “Fed Winners and Losers”..which had sober and well-thought out thoughts from Rareview Macro’s Neil Azous and SocGen’s Larry McDonald