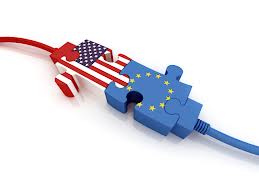 Bloomberg Bond Cross will use Bloomberg’s Trading System Order Execution (TSOX) technology to capture clients’ orders. State Street then finds the opposite side of the trade and participants can work towards negotiating and executing a trade with State Street acting as an impartial counterparty for each trade.

To continue reading about this new bond trading platform from Bloomberg, click here.

Forgive our saucy tone today, but this has been a long week. That is not because we were long European bonds, but because we provided a lot of free therapy to people who were. In the last two hours we have received way too many communications around today’s events.  At one end of the spectrum there are those arguing that Fixed Income has crashed, the bond bull market is over, and this is reminiscent of US Treasuries in 1994 or the Japanese JGB move in 2003. And at the other end, today’s reversal off the extreme yield levels seen just a short while ago is leading many to call the move finally over, arguing that supply/demand and the search for income are once again set to take over and force global yields much lower.

We don’t know how either side is able to make either argument with a straight face. Put another way, there are a lot of pikers out there with no accountability or transparency in their views voicing their opinions today. The attempt to analyze fundamentals relative to positioning at climactic moments historically is a poor exercise, especially considering the UK election is today and the US employment number is not released until tomorrow.

Instead, you might be able to make a better argument that the European Central Bank (ECB) was able to meet its bond buying quota very early in the month, and at choice prices and it is best for everyone else to wait until next Monday to go on the offensive. That just seems more rational. Just because we write a newsletter doesn’t mean we have to go on the record today. So we will not and instead regroup over the weekend and come back Monday refreshed.

To be clear, we are not “off-side’s.” We are just more interested in where Global fixed income will be over the next two to three months rather than getting caught up in the next two to three hours. In that spirit, for those who want to fall back on something more fundamental or process oriented instead, the below observations may be of interest.

Below is a snapshot of our internal model for US interest rate hike probabilities over the next 18 months. The top graph looks at the total probability of a hike BY a certain meeting, whereas the bottom graph determines the probability of a hike AT a certain meeting. Beyond that, the very affordable cost of Sight Beyond Sight ® newsletter prohibits us from sharing any additional methodology with you. So please don’t ask us. Let’s just say we utilize this tool frequently in our internal process and we place a lot of weight on it. END_OF_DOCUMENT_TOKEN_TO_BE_REPLACED