(PRweb)–New York, NY–July 12 2016- PPM Services, Ltd, the global consulting firm specialising in private placement memorandum document preparation for debt and equities and business plan preparation services for start-ups, announced today that it has introduced a new suite of products and re-branded its website platform under the new domain, PPM.co. Owned and operated by parent company Broker Dealer LLC, PPM.co has also introduced new modules to its platform to support entrepreneurs and fast-growth business enterprises that are  in need of documentation for Regulation A+ equity crowdfunding initiatives, Regulation D Exemptions, Eurobond and 144a bond and Regulation S offerings, EB-5, as well as CUSIP and ISIN code application services.

The updated PPM.co platform includes a newly-introduced referral service module for law firms, accounting firms and private investment brokers in need of outsourced securities offering document preparation services, as well as a recently-established investor relations and public relations service for companies in need of expert guidance and implementation of brand awareness and social media campaigns. Concurrent with the brand update, the firm has updated its Twitter account to @PPMexperts. The firm’s FaceBook page is available via this link.

Established in 1999, PPM.co through its predecessor entities has provided documentation preparation services and investment offering material for hundreds of start-ups, fast-growth and well-established companies in virtually every part of the free world. PPM.co maintains its corporate office in New York’s Trump Building at 40 Wall Street, and regional offices staffed by a professional network of investment banking and legal consultants in Los Angeles, Austin, TX, Chicago, IL and Boston, MA, as well as London, Singapore, Hong Kong and Tel Aviv.  Our expertise extends across most offering types, ranging from private placement memorandum (PPM) and business plan writing services to 144A offerings, Regulation A and Regulation A+, Regulation S (Reg S or 144a-Reg S mixtures), securities listing, Euro bond creation, IPO services, and obtaining securities identification numbers including CUSIP and ISIN (International Securities Identification Number). The firm’s website is located at www.ppm.co and social media outlets Twitter via @PPMexperts and FaceBook

(RaiseMoney.com) -It takes a life-long pioneer in the insurance industry to know best when to grab first mover advantage whenever a new landscape appears, as evidenced by Tuesday’s announcement from New York-based global insurer AIG, which says it will be the first to offer crowdfund insurance for investors in equity crowdfunding deals. Below extract is courtesy of coverage by WSJ reporter Leslie Scism.

(WSJ) American International Group is giving crowdfunding a try. Not to raise money for startups, but to help allay investors’ concerns about being ripped off as they invest in small businesses through this new type of funding.

The New York company is set to launch what it is calling “Crowdfunding Fidelity,” an insurance product developed to protect investors on equity crowdfunding platforms against fraud.

In announcing the new coverage Tuesday morning, AIG noted that there have been few instances of fraud in the sector so far. But it said its new product would help to build investor trust to ensure underlying issuer trustworthiness.

“As a sector still in its infancy, equity crowdfunding platforms are only as strong as the confidence they instill in their investors,” said Lex Baugh, AIG’s president of liability and financial lines, in a news release.

The coverage isn’t available to protect against just any crowdfunding project. So-called equity crowdfunding offers investors stakes in a company. Earlier this month, new U.S. rules kicked in under which ordinary investors—not just wealthy individuals, or so-called accredited investors—can participate in such offerings. The fundraising option originates from the 2012 Jumpstart Our Business Startups Act, or JOBS Act.

AIG will sell the coverage only to those portals it has determined have adequate processes in place to check out backgrounds of the businesses they allow to sell equity stakes, Mr. Baugh said. 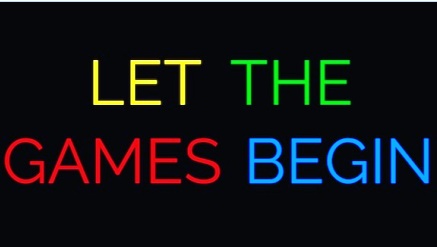 (RaiseMoney.com) May 16 2016 marks the beginning of what could be an avalanche of private equity offerings promoted via the web. Thanks to the JOBS Act and SEC Regulation Crowdfund, which now totals 685 pages of rules to live by for those in the U.S. Equity Crowdfunding space, including brokers and marketers working with entrepreneurs and startups that are seeking to raise money for their initiatives.

When it comes to preparing for today’s “May Day for Crowdfunding”, few have worked harder than the founders of legal document service provider iDisclose.com, which is led by co-founder and CEO Georgia Quinn, a glass-wall breaking securities attorney who has become a leading expert in the domain of documentation for private securities offerings and equity crowdfunding. Adding further credibility to Ms. Quinn’s stature within the space, she is Of Counsel to New York-based business and securities law firm Ellenoff Grossman & Schole LLP. That firm’s ‘name partner’, Douglass Ellenoff, Jr is also the co-founder of iDisclose.com.

While a steadily-increasing number of regulators in Europe and other regions have already embraced equity crowdfunding (led by the U.K. based on number of platforms and deal offerings), it has taken several years since the passage of the JOBS Act in  the United States for regulators to actually establish the proper goal posts for this playing field. This several-years-in-the-making planning stage, during which the U.S. Securities and Exchange Commission has been fine-tuning the regulatory regime in which private placement offerings can be ‘advertised and promoted’ to individual investors without the friction long-associated with private offerings available only to institutional and ultra high net worth investors has included the creation of a cottage industry of service providers.  Now that the advance planning for a piece of the equity crowdfunding pie has run its course and Monday May 16 is when the curtain will launch, it’s now “Ready, Fire, Aim” time. Or, to hijack another adage, “Let The Games Begin!” With that, few service providers have worked harder or longer in gearing up for “May Day for Crowdfunding” than iDisclose.com. 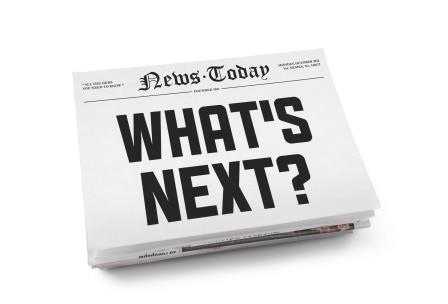 For followers of the global equity crowdfund movement and fintech aficionados who are fluent in ‘what’s next?’, this is a big news week from the crowdfund world. Yesterday, MarketsMuse curators spotlighted a just-launched trading exchange that brings billions of dollars worth of private shares into the wacky world of secondary market trading. While there are rumored to be various efforts to package equity-crowdfunded ‘equity stakes’ into exchange-traded fund structures, which is arguably the “next great idea, “the first ETF for Equity Crowdfunding” has yet to be formally announced.

Before that announcement actually happens, today’s announcement from the multi-billion crowdfunding space (see link below) might be the data foundation such an initiative. and could very well be the vision spearheaded by this new portal, RaiseMoney.com.

MarketsMuse editor note: fully-disclosed, one of our favorite staff members was cited in this news story with the following comment

“Noted Pete Hoegler, senior analyst for financial industry blog, MarketsMuse.com, “The RaiseMoney.com platform has three critical elements in its favor. Firstly, they have a really compelling domain name that inspires immediate brand recognition.” Added Hoegler, “Secondly, this group has the benefit of not having “first-mover disadvantage” and most important, RaiseMoney.com is providing a much-needed service for a still nascent industry that is capturing the attention of millions of people and billions of dollars.”

Click below for the formal announcement distributed by NASDAQ’s GlobeNewswire 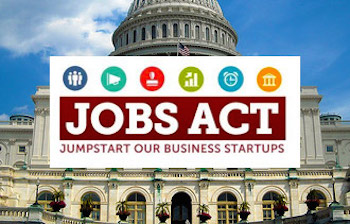 This post was written by Pete Hoegler, Washington DC-based Social Media Savant for The JLC Group.

Three years after the JOBS Act was passed, it seems that Washington is back for more–a curtain call if you will–making it easier for small ventures to raise capital.

The House Financial Services Committee in early June floated a draft bill that would allow the creation of “venture exchanges” tailored to the needs of small companies looking to raise money. In many ways, the success of the JOBS Act hinges upon the creation of such markets. A healthy secondary market created liquidity that is critical to building investor confidence and creating a robust alternative to the global markets that today are dominated by enormous corporations.

The new proposed “venture exchange” laws are aimed at increasing access to early stage investors in private startups and small businesses (some of which could be JOBS Act enabled investors), as a lack of liquidity was a concern voiced by some surrounding the new laws for equity crowdfunding with non-accredited investors.

Investors in technology startups, for example, are likely to have to hold their position in any one investment for an average of 7 years. Creating opportunities for selling private stock in a start-up investment sooner through venture exchanges has the potential to reduce some of the early stage investment risks.

Where or How is there a link between Crowdfunding and Exchange-Traded Funds? Well, those following the creative finance wizards from the world of exchange-traded products can speculate the next  innovation will be ETFs comprised of non-public companies that were funded via crowdfunding platforms..and those companies will be labeled “pre-emerging start-ups” and there will be ETFs for each category of ‘project.’

While the underlying components might not necessarily be easily-traded by the universe of market-makers who profit by arbitraging the cash index vs. the underlying constituents, the advent of ETMFs, a structure that Eaton Vance hopes to bring to market and is based on a “non-transparent” construct (meaning the investor has no idea what the underlying constituents are), Crowdfunding ETFs could create markets that allow early investors who invested via equity crowdfunding to hedge their bets far before any kind of liquidity event like a public offering (IPO) might take place, spelling an opportunity for liquidity for those early investors.  Just like the current ETF landscape, these crowd-funding indexes would be themed according to industry sector and/or product categories.

OK, some of the wonks who are reading that last tongue-in-cheek idea might be rolling their eyes. That said, given the creative juices that flow from the capital markets, we’re willing to bet that at least one of the current innovators in the ETF world grabs on to this idea and such products will be introduced within the next 18-24 months. Oh, it was our idea…

The number of IPOs has gone from an average of 311 from 1980-2000 down to an average of 99 IPOs each year from 2001-2011 so opening up other alternatives for liquidity will de-risk the growing number of startup investments happening online.

This is yet another step towards reforming our capital markets. The first step was to enable access, and was addressed by Titles II, III & IV of the JOBS Act. So regardless of your opinion on this matter, the summer is shaping up to be an interesting time for equity crowdfunding investors, accredited and non-accredited alike.