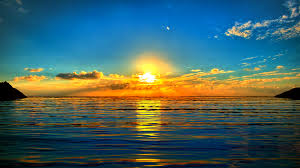 China revealed a huge surge in photovoltaic panel installations over the first quarter, a typically slow season for the industry, and if the country maintains its pace, it could portend a strong year for solar stocks and sector-related exchange traded funds.

On Monday, the China National Energy Administration announced that the country added 5.04 gigawatts of solar capacity, or just shy of France’s entire solar capacity, in the first three months of the year, Bloomberg reported.

China is planning to install as much as 17.8 gigawatts of solar power this year, or two-and-a-half times the capacity added by the U.S. in 2014, as part of its aggressive plans to cut carbon emissions. For instance, the country’s recent move away from small coal plants will avoid the annual release of as much as 11.4 million metric tonnes of carbon dioxide, which could help cut emissions for the first time in over a decade, Today Online reports.

Chinese companies make up 22.9% of TAN’s underlying holdings and a hefty 38.4% of KWT’s portfolio.

To continue reading about the effects that China’s push for clean energy has on the solar ETFs, click here. 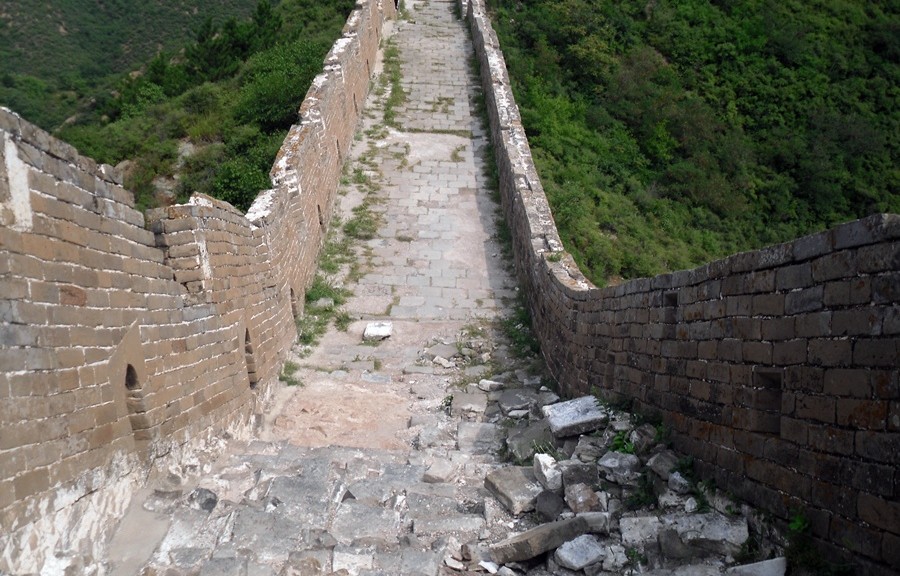 MarketMuse blog update is courtesy of Business Times’ article “China slowdown concern spurs record option hedges on ETF” . The update profiles the largest US exchange-traded fund tracking China’s mainland market reaching its highest since the ETF was created. An excerpt from Business Times is below.

Investors are rushing to buy protection against declines in Chinese stocks amid concern an economic slowdown will undermine their world-beating rally.

Demand to hedge against future losses on the largest US exchange-traded fund tracking China’s mainland market climbed to the highest since the ETF was created in November 2013, according to data compiled by Bloomberg. The buying pushed the ratio of bearish to bullish contracts to a five-month high on March 11 as investors pulled $34 million from the fund in a second week of outflows.

The bets underscore growing investor skepticism that the Shanghai Composite Index can sustain its advance after rising 39 per cent since October against a backdrop of monetary easing and weaker-than-estimated economic data. The central bank has cut interest rates twice in four months to revive an economy expanding at its slowest pace in 24 years, helping fuel gains in the so-called A-share market.

“There’ll be some pull-back,” Chang Liu, a London-based China economist at Capital Economics Ltd, said by phone on March 12. His firm predicts a decline of about 11 per cent from last week’s close on the Shanghai gauge by the end of 2015.

“GDP growth will be slower, the property market remains weak and overcapacity is still an issue.”

Purchases of so-called puts, or options to sell the US$1 billion Deutsche Bank’s X-trackers Harvest CSI 300 China A- Shares ETF, has jumped fourfold to an all-time high of 44,760 contracts last week from a January low. The open interest on options to buy the ETF, or calls, increased 45 per cent during the period to 52,924, also a record.

For the entire article from the Business Times, click here. 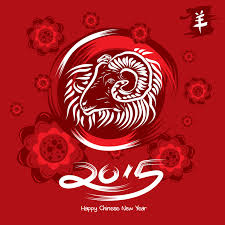 In the Chinese zodiac, 2015 is the year of the goat, but a popular exchange traded fund tracking China’s onshore equities is getting bearish treatment.

ASHR surged 51.3% last year, making it one of 2014’s best-performing non-leveraged ETFs. That performance was better than quadruple the showing by the iShares China Large-Cap ETF (NYSEArca: FXI), the largest U.S.-listed China ETF. However, the 2014 A-shares rally has those stocks looking richly valued relative to their Hong Kong-listed counterparts, encouraging traders to up bearish bets on ASHR.

“The number of shares borrowed and sold short to profit from a decline in Deutsche Bank’s A-share ETF was 1.8 million on Feb. 23. That’s close to the record of 2.4 million, or 8.2 percent of total shares outstanding, reached Feb. 13,” Bloomberg reports, citing Markit data.

However, another catalyst could be encouraging the increased bearish bets on ASHR. On Jan. 21, Deutsche Asset & Wealth Management (DAWM) was forced to limit creations of new shares in ASHR because increased demand for the ETF was forcing the fund o bump up against their respective Renminbi Qualified Foreign Institutional Investor (RQFII), which allows the funds to purchase A-shares equities.

Creation limits often lead to ETFs, particularly those with exposure to markets that are closed during the U.S. trading day, trading at premiums to net asset value. Professional traders then look to profit from the gap between the ETF’s market price and lower NAV by shorting the ETF. Since the start of 2015, ASHR has traded at a premium to its NAV in 26 days, according to DAWM data.

Although the most recently announced creation limit for ASHR has not yet been lifted, it should be noted the ETF was affected by the same scenario twice in 2014 and DAWM was quick to get ASHR’s RQFII limit increased.

With ASHR’s 2014 surge, some money managers now prefer H-shares to A-shares, but that means they are also missing out on a notable rally in A-shares small-caps.

The Deutsche X-trackers Harvest CSI 500 China A-Shares Small Cap Fund (NYSEArca: ASHS), which was subject to a second creation limit last November, is up 12.1% this year. ASHS tracks the CSI 500 Index of Shanghai- and Shenzhen-listed small-caps.

The Market Vectors ChinaAMC SME-ChiNext ETF (NYSEArca: CNXT), the younger of the two A-shares small-cap ETFs, has surged 23.7% year-to-date, making it 2015’s top-performing non-leveraged ETF. CNXT, which is heavily allocated to mid-caps, tracks the SME-ChiNext 100 (SZ399611), which provides exposure to the 100 most liquid mid- and small-cap stocks that trade on the Small and Medium Enterprise (SME) Board and the ChiNext Board of the Shenzhen Stock Exchange (SZSE). 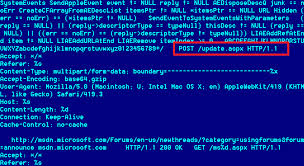 Something very illuminating appeared on our risk-adjusted return monitor today.

After reading the tea leaves, the conclusion we have drawn from it points to a trend that will have meaningful global repercussions – and will also provide the basis for an investment and hedging opportunity.

Additionally, while everyone else is focused on the weakness in the Euro exchange rate (i.e. the ECB EUR/USD fix on January 4, 1999 was 1.1789 vs. last price 1.1782 ECB Statistical Data Warehouse), or else trying to figure out whether the S&P 500 is half-way through a V-shaped recovery and the bounce is actually tradable, this is genuinely a “Rareview” – one that has not been widely observed in the market yet.

See the below illustration. In yesterday’s edition of Sight Beyond Sight, we highlighted that the release of the latest data on Switzerland’s Foreign Currency Reserves showed thelargest rise since mid-2012 when ECB President Mario Draghi famously said “we will do whatever it takes” to save the euro. Specifically, FX reserves were 495.1 bln vs. 472.0 bln estimated vs. 462.7 bln previously. Put another way, they ended up rising by 32.4 bln versus the expected 9.3 bln. A forecast missing by 23.1 bln is, to put it mildly, a significant event and one that highlights the degree of flight to quality away from Russia in mid-December.

END_OF_DOCUMENT_TOKEN_TO_BE_REPLACED

Additionally, Jean Claude Juncker begins his presidency of the European Commission next week and that should embolden the call for fiscal help, which is required even more now that both Italy and France have changed their budget plans (see details below in Top Overnight Observations). There is no question that professionals we speak to are warming up to the idea of a larger fiscal announcement and this is tempering their bearish view on Europe to a degree.

Finally, with a positive US employment report, expectations of a Republican win in the US Mid-term Elections, and the positive seasonality associated with the start of a new month, it can be easily argued that the theme for the next two-weeks is global policy support.

The worst part of it is that everyone who was forced to reduce risk in October, and then missed the move back up, knows this is the market’s support structure regardless of the fact that QE finally ended yesterday.

This is not us being overly constructive on US equities or risk assets. After six weeks of one-way negative news flow and the sentiment shifting to extreme levels, there are now three weeks of events that should be supportive for risk. This is just the start of week number two in that period.

And that, combined with the lagging performance in the professional community, is enough to walk sentiment back even further, especially when countries like China and Sweden move out of nowhere to support the market on the upside.

MarketsMuse Editor: For the reader who requires further context re: above, the preface to above-noted thesis is… END_OF_DOCUMENT_TOKEN_TO_BE_REPLACED

Overnight Commentary Strongly Centered on US Dollar, China, and NASDAQ

In the July 16th edition of Sight Beyond Sight we doubled the long US Dollar index exposure in the model portfolio and highlighted a number of catalysts for further US Dollar strength. As a reminder, the current position is long 500 U.S. Dollar Index Futures (Symbol: DXU4) for an average price of 80.4425 (original 80.28 on July 3rd + addition 80.605 on July 16th). We also hold a position of long Dollar/Swiss (USD/CHF) which helps better balance the European exposure in the basket. Collectively, if prices hold the long US Dollar position will generate about ~50 basis points of positive PnL this week.

We do not take victory laps in this newsletter as there are plenty of misses as well. We highlight this to emphasize that a long Dollar position can provide strategies that are lagging in performance with an opportunity to claw back. Additionally, this is an asset class that can absorb large inflows and no one is long in any material way currently.

Here are three most current US Dollar talking points – Structural, Technical and Data.

The consensus amongst paid forecasters with respect to the European structural backdrop continues to build. Morgan Stanley yesterday joined Nomura’s #1 ranked foreign exchange strategy team in holding this view. MS said “There were three main EUR-supportive flows that drove EUR/USD beyond what interest-rate differentials would suggest over the past two years: (1) foreign buying of peripheral bonds, (2) foreign buying of equities, and (3) official sector reserve diversification into EUR. We think all three flows are slowing and will continue to do so over coming months, leading EUR to trade more in line with macro fundamentals.” END_OF_DOCUMENT_TOKEN_TO_BE_REPLACED