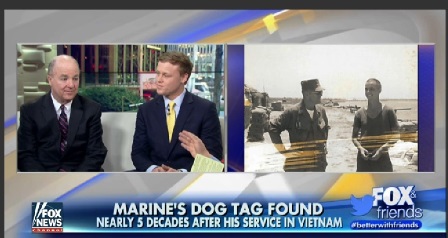 As if there were not enough electronic trading platforms,  the buyside remains determined to have their own equities trading platform open only to buy-side block trading peers. MarketsMuse Tech Talk Editors tip our hats to FierceFinanceIT.com  for the following update re  Luminex Trading & Analytics, the ATS block trading venue backed by a consortium of large asset managers, which recently announced an updated management team in preparation for the venue’s Q4 launch.

The new management team in place is led by Jonathan Clark, former managing director and head of U.S. equities trading a BlackRock, who will serve as Luminex Trading’s CEO. Clark replaces interim CEO Michael Cashel, who will return to his position as SVP of Fidelity Trading Ventures. Plans for Clark to take over as permanent CEO were previously announced, and as of Tuesday he has officially begun the role.

Plans to build the Luminex Trading venue, which is backed by nine leading investment managers that collectively manage approximately 40 percent of U.S. fund assets, were first announced in January.

The venue will be a buy-side only block trading platform “open to any investment manager primarily focused on the long term and with the desire to trade large blocks of stock with other investment managers,” according to an earlier announcement from the company. The nine investment managers in the consortium backing Luminex are BNY Mellon, BlackRock, Capital Group, Fidelity Investments, Invesco, JPMorgan Asset Management, MFS Investment Management, State Street Global Advisors and T. Rowe Price.

Luminex Trading announced four other members of the management team this week. Brian Williamson will be head of sales, tasked with further building the client base. Williamson was previously senior global relationship manager with Liquidnet. James Dolan is chief compliance officer, joining the company from Fidelity, where he was previously vice president of compliance for Fidelity Institutional. David Hagen will head product development as Luminex Trading’s new head of product. He was previously director at Pico Quantitative Trading. David Consigli is the company’s new controller, joining from IDB Bank.

According to Bloomberg news, “A technology breakdown at Bank of New York Mellon Corp., leaving it unable to price more than 10 percent of U.S. exchange-traded funds and some mutual funds, may be causing investors to overpay for them.

BNY Mellon said Thursday in a statement that it’s working “round-the-clock” to fix a technology issue at vendor SunGard Data Systems Inc. The snafu has prevented the bank from issuing net asset values, the equivalent of closing prices, for the funds. The bank said 20 mutual fund companies and 26 ETF providers have experienced some pricing problems.

The bank said customers have been able to continue trading the affected funds. But in the absence of accurate prices, some investors may have paid more than they should when purchasing them, said Ben Johnson, director of global ETF research at Morningstar Inc.

Johnson said that figuring out how to compensate investors hurt by the system failure will be a headache. He said mutual fund investors are likely to suffer more damage, because net asset values play a more critical role for funds than they do for ETFs.

U.S. Securities and Exchange Commission rules do not specifically address this matter, said an SEC official who asked not to be named. The bank’s liability may depend on the wording of its contractual agreements with the funds rather than securities law, the official said.

Kevin Heine, an BNY Mellon spokesman, declined to comment on the matter.

SunGard, a financial software company with annual revenue of $2.8 billion, said in a statement Thursday that the incident was not caused by any external or unauthorized system access, and wasn’t related to the market turmoil this week. The issue was caused by an operating system change performed by SunGard on Saturday, Aug. 22.

“We at SunGard apologize to BNY Mellon for the adverse impact this unfortunate incident has had on its operations and clients,” SunGard Chief Executive Officer Russ Fradin said…”

For the full story from Bloomberg, please click here 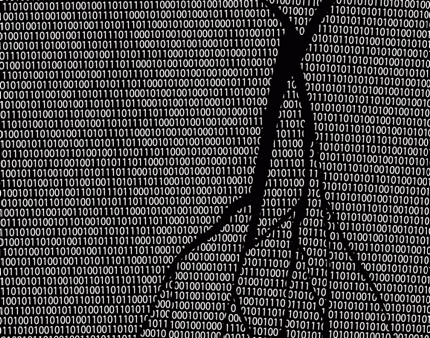 When it rains it pours. While many ETF investors have been sucker-punched while trying to execute orders during the past several highly volatile days, MarketsMuse finds that a second shoe dropped Monday on the heads of thousands of BNY Mellon customers thanks to a software snafu attributed to market data vendor SunGard systems. The “computer glitch” has impacted the Net Asset Value (NAV) pricing for nearly 800 exchange-traded funds and mutual funds administered by BNY, the world’s largest custodian.

According to the Wall Street Journal, BNY Mellon raised the alarm with regulators and held emergency calls with customers to try and resolve the problem.The system, known as InvestOne and run by financial software provider SunGard, resumed with limited capacity on Tuesday but was still not fully operational on Wednesday, leaving BNY Mellon with a backlog of funds to price.

BNY Mellon said it was able to construct Monday net asset values (NAVs) for all affected funds. But there remains a backlog of Tuesday NAVs that still need to be generated.

The problems with calculating the net asset value of ETFs could raise trading costs for investors, said Todd Rosenbluth, director of ETF and mutual-fund research at S&P Capital IQ.

Several traders said they were forced to calculate their own net asset value for ETFs and that they widened the spreads, or the difference, between listed buying and selling prices to accommodate for the higher risk of trading.

“We measure our edge in terms of subpennies,” one trader said. “We can’t afford to be off by a penny.”

Early in the week, BNY Mellon notified regulators and U.S. stock exchanges about the issue. The Securities and Exchange Commission is monitoring the situation, an SEC official said.

“No one here can understand why it’s not up and running yet,” said one executive at a firm that was affected.

For the full coverage by the WSJ, please click here 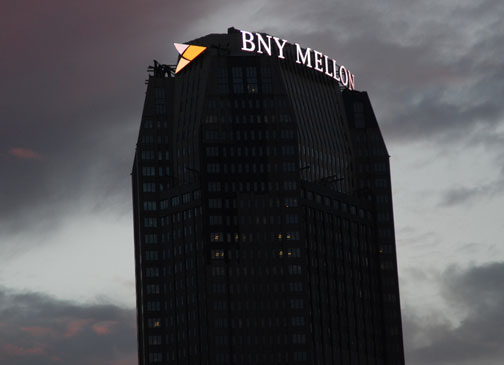 BNY Mellon has introduced a new automated process to aid authorised participants in the creation and redemption of exchange traded funds (ETFs).

The new process allows these participants to use BNY Mellon’s ETF centre to conduct propositions and negotiations on underlying data for ETF baskets with a fund sponsor.

It is designed for large financial institutions that are chosen by such a sponsor to obtain the necessary assets for creating or redeeming an ETF.

Usually, participants will have to go through more than one institution to do this, before shares are transferred to a custodian bank.

The new system is designed to offer a more flexible and more efficient environment for negotiating ETF baskets.

Steve Cook, global head of ETF services at BNY Mellon, said: “Helping authorised participants become more efficient ultimately benefits the other participants in the ETF marketplace, ranging from issuers to those in the secondary trading market.”

NEW YORK, May 1, 2012 /PRNewswire via COMTEX/ — BNY Mellon, the global leader in investment management and investment services, has been named as the 2011 “Best Service Provider – The Americas” at the eighth annual Global ETF Awards, which is sponsored by exchangetradedfunds.com. This is the sixth consecutive year that BNY Mellon has been honored as the top service provider to ETFs (exchanged-traded funds).

“Our industry-leading technology platform coupled with the unmatched expertise of our global service group have enabled us to quickly adapt to the wide array of innovative ETFs entering the marketplace,” said Joseph F. Keenan, managing director for BNY Mellon Asset Servicing and head of its global ETF services business. “Our unwavering commitment to providing the highest quality customer service and our passion for partnering with sponsors to help drive the evolution of the ETF industry are both key reasons for consistently winning this award.”