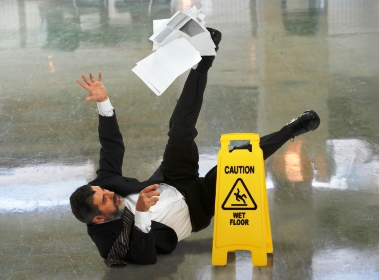 (Bloomberg LP)-NYSE Group Inc. may still be the king of exchange-traded funds among U.S. stock markets, but their hold on the ETF business might be slipping as Issuers, including BlackRock seek other listing venues and challengers to the throne are gaining ground.

Last year, a record 23 ETFs left the company’s NYSE Arca exchange, shifting their listing to rival markets, according to data compiled by Bloomberg. BlackRock Inc., the world’s largest asset manager, this month said it was diversifying by moving 11 iShares ETFs away from NYSE Arca, the first time it’s yanked funds from the exchange.

While the vast majority of ETFs still list at NYSE Arca — its funds amount to about 94 percent of the total market value of all U.S. ETFs — other exchanges are making inroads as investors increasingly use the products. Bats Global Markets Inc. handles about a quarter of U.S. ETF trading, more than any other exchange operator, and Bats has listed 10 new funds this year, versus one at NYSE Arca and one at Nasdaq Inc.

“The growth in ETFs in terms of assets and trading volume has obviously caught the attention of exchanges looking to build their listing businesses,” said Eric Balchunas, a Bloomberg Intelligence analyst.

Among the ETFs BlackRock will relocate are the $13.9 billion iShares MSCI Eurozone ETF and the $8.1 billion iShares 20+ Year Treasury Bond ETF. “A big issuer and a big ticker moving over, that’s really helpful for these exchanges to build their credibility and make other issuers feel comfortable,” Balchunas added. “Having a few of those studs can go a long way.”

The wild trading session in the U.S. stock market on Aug. 24 has drawn attention to ETFs, and may factor into listing decisions. The U.S. Securities and Exchange Commission said trading rules on NYSE Arca exacerbated volatility that day. In its 88-page analysis of Aug. 24, the SEC pointed out that NYSE Arca’s allowable price bands limited how quickly ETF prices could recover after trading halts. The bands, which NYSE Arca later proposed to widen, may have caused additional delays by limiting faster price adjustments, the regulator said. BlackRock expressed its support for NYSE Arca’s rule change in a letter to the SEC.

Bats Global Markets has been edging into ETF listings by paying issuers to choose its platform. The company launched the Bats ETF Marketplace last year, charging no listing fees to issuers and offering to pay them up to $400,000 per year for their listings, based on average daily volume. The exchange also poached Laura Morrison, an executive from NYSE’s ETF division, in April.

U.S. regulators approved Nasdaq Stock Market’s request to allow the sponsors of some exchange- traded funds to offer payments to market makers.     The Securities and Exchange Commission decision loosens a ban on the compensation that has been in place since 1997.

Nasdaq OMX Group Inc., which plans to begin the program as a one-year pilot, argued along with NYSE Euronext before Congress in 2011 that payments to market makers may increase liquidity and improve prices to investors in less-active securities.   Approval of the program comes amid concern that stocks with lighter volume are suffering in America’s computerized equity markets because they are less attractive to automated traders.

NYSE Arca, an all-electronic venue that competes with Nasdaq, submitted a request to the SEC yesterday for its own initiative. Payments for market making in smaller companies is allowed in some European countries.

“It will incentivize market makers to collect revenue by posting bids and offers at the exchange,” Chris Hempstead, director of ETF execution at broker WallachBeth Capital LLC in New York, said in a phone interview. “Market makers will compete with one another to capture that revenue stream and drive the bid-ask spread to a tighter band.” END_OF_DOCUMENT_TOKEN_TO_BE_REPLACED