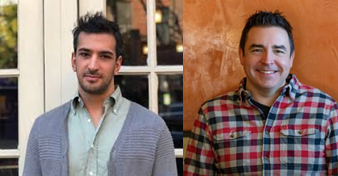 According to the Federal Court complaint, Katz lists former jobs at UBS Bank and EFG Capital in investor offering documents, the company’s website, as well as his Linkedin profile, despite Finra having no record of Katz being licensed by that securities industry regulator at any time, and despite EFG Capital having no record of his employment. More importantly, the court filings include a series of email communications, text messages, and group chat messages on Linkedin in which Katz and Krueger made a series of fraudulent representations that induced the investors to enter into a so-called “SAFE Agreement” with the company. Investors were of the belief the funds would be deployed to a high-frequency trading application that Seaquake principals, including so-called CTO Dylan Knight of the UK, claimed to be operating.

According to the complaint, only several days after the investors executed the agreement with the company and wiring funds to a Seaquake account at Signature Bank in New York, Katz then informed the investors the high-frequency trading application was “not in fact in production and the [investor] funds would be placed into a money market account until such time as the software was ‘production ready.” Defendants Krueger and Katz also made a series of assertions as to pending institutional investors who committed to providing capital to Seaquake, all of which turned out to be false, according to the filing. According to court documents and independent background searches, it turns out that Katz has driver licenses in New York, Florida, Colorado, and California, and is also registered to vote in Florida.

This latest charge adds to a pending list of other criminal matters, including a likely bank loan fraud perpetrated by Katz and Krueger in connection with Seaquake OPS LLC, a Wyoming entity that is part of the web of Seaquake companies. Recently discovered, Seaquale OPS LLC did in fact apply for and did receive a Paycheck Protection Loan of $22,813 through Wells Fargo Bank, National Association, which was approved in May, 2020. In that loan application, Selen Katz, former wife of Andrew Katz, and the victim identified in the felony assault charge is identified as an employee of Seaquake. Her title, according to a LinkedIn profile is “creative director” and her date of employment is the same month in which the PPP Loan was applied for.

Katz has a history of criminal charges, from trespassing charges in New York to domestic abuse charges in Los Angeles. This private investigator’s background report is telling. Other background searches indicate that Katz, along with his mother, Alyson Katz of Arvada, Colorado were plaintiffs in a class action law suit brought against a Utah-based school for emotionally-challenged youth, a facility that Katz was apparently sent to by his parents and attended for at least two years while he was a teenager.

As acknowledged by the defendants’ attorney, Yasin Daneshfar of Florida law firm Becker and Poliakoff, Katz and Krueger also moved tens of thousands of dollars to personal accounts the defendants established at Compass Bank. Attorney Daneshfar argued “the so-called “SAFE Agreement” did not preclude the defendants from dispersing the money as they saw fit.” Daneshfar further acknowledged in a recent court appearance that, in addition to the defendants enriching themselves with much of the investor’s funds, the investors’ funds have also been used by Katz and Krueger to pay the Becker law firm in their effort to defend themselves against the investors in federal court. When challenged with this use of funds by the federal court judge who pointed to the series of communications from Katz to the investors, Attorney Daneshfar was said to have responded to the judge with a smirk and a shrug of his shoulders. 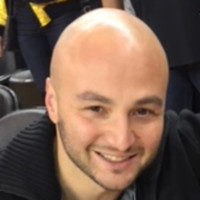 Despite all of the shenanigans, David Streltsoff, a Senior Vice President for San Francisco broker-dealer “US Capital Global” and a former salesman for high-frequency trading firms was apparently not deterred from associating himself with Seaquake. According to his LinkedIn profile in the months of September through November 2019, Streltsoff served as “Business Development Executive” for the company, while also a registered broker-dealer for US Capital. Streltsoff’s rofile was updated at the end of November after Streltsoff was served with a federal court subpoena for information pertaining to his involvement with Seaquake. According to a former investigative journalist, now a due diligence advisor to fund managers evaluating crypto startups, Streltsoff told him “It took one too many days for me to figure out this company was peddling nothing more than vaporware, and the scam accusations against them were eye-opening, so I terminated my association with them.” Jeffrey Sweeney, the CEO of US Capital Global has not replied to inquiries.